A controversial facility that breeds Beagles for scientific experimentation had its planning permission approved today, overturning a previous decision. Yorkshire Evergreen, which is part of U.S. company Marshall BioResources, successfully appealed to have their planning approved in East Yorkshire, England. Originally, permission was denied by the East Riding Council. However, today the UK Planning Inspectorate informed B&K Universal (which runs the site) that they had the go-ahead to begin, due to local government and communities secretary Greg Clark reversing the original decision.

According to Metro UK, the facility is Britain’s second to use live animals in drug testing and vivisection. Various animal rights groups expressed their dismay at this turn of events. Huffington Post UK reported the National Anti-Vivisection Society felt the outcome was a “betrayal of the animals, the public and science.” Jan Creamer, Present of NAVS further stated:

“The number of dog experiments has declined substantially over the past 10 years, but this regressive decision could see that positive trend reversed.”

“I am sickened to hear that this facility is to go ahead, ignoring the views of the public and local authorities, and condemning these best friends of man to thousands of unethical and unnecessary tests. This is an appalling message for Britain to send out to the world.”

Downton Abbey’s Peter Egan said, “This is a tragedy that will see litter after litter of beagle pups reared for the laboratory, where these gentle animals will be force-fed and killed in crude tests that are of little use to people.”

They can't torture the foxes so they'll torture the hounds. Government allows beagles to be bred for testing http://t.co/4pUAevfRsA

If you want to be a voice for the voiceless you can start here http://t.co/YKvPdFIe0B

In response to the decision, the Department for Communities & Local Government issued a statement:

“Ministers are required to assess the application’s conformity with legislation and national and local planning policy, and granted it permission solely on planning grounds.”

“We welcome this decision. As the European Commission reported earlier this month, we are not yet at the stage where animal research can be completely replaced by non-animal methods, and if we want to see more desperately-needed new therapies for cancer, Alzheimer’s, cystic fibrosis, motor neurone disease and the rest of the long list of conditions that are currently incurable, then animal research will be a necessary part of the drug discovery and development process. Relatively few dogs are used in research in the UK, and their use has to be approved by ethical review boards. By law, scientists also have to prove that they could not get the same results from non-animal alternatives, or from another species of animal. Given that we will continue to need to use dogs in research for the foreseeable future, we believe it is in everyone’s interests that those dogs are bred in the UK and housed in buildings that are designed for their optimum welfare.” 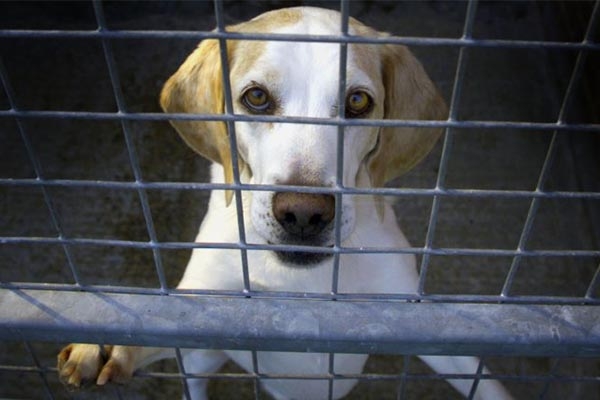 When contacted, The Independent UK reported a B&K Universal spokesperson replied the claims of the animal rights activists were “emotive, unfounded tosh”, continuing:

“Our animals are not “reared for a life of suffering”. The vast majority of our clients’ ‘procedures’ involve nothing more distressing than an injection or food additive. No pain is involved. End of. What is disappointing is that many ‘animal rights’ supporters have been allowed to believe that, by opposing our breeding centre, they would be stopping something. In fact, all they would have prevented is us raising animal welfare standards by breeding onsite, rather than transporting dogs in from abroad.”

Dogs bred for vivisection sell for around $2,500 each, according to Sky News, a UK market worth of over $7.8 million.

If you want to learn more about the measures animal rights groups are taking, the Animal Justice Project started a petition against the decision, which is actively taking signatures online. If you’re interested in helping groups who work towards saving Beagles used in testing, check out the Beagle Freedom Project.