Home » Breeds » 14 Dog Breeds Most Likely To Survive The Apocalypse

14 Dog Breeds Most Likely To Survive The Apocalypse

Dogs have been humankind’s best friend for millennia, but what happens when humanity disappears? After the comet strikes, or aliens invade, or ebola goes airborne, our four-legged friends will have to fend for themselves.

If the world ends with a bang, these dogs won’t whimper. Famous for its energy, intelligence, and tenacity, this is a breed built to survive whatever nature (or God’s wrath) throws its way. Call the Border Collie our prototypical Apocalypse Survivor and Thriver. It can outrun competing apex predators and prey alike, confound hostile intelligences (like aliens or mutants) with its complex maneuvers in the field, and it can apply its intellect to solve unfamiliar challenges in a brave new world. Border collies, uh, find a way. Size isn’t everything when the world is ending, and this little sparkplug proves it. Owners and acquaintances alike will praise (and curse) this breed for its seemingly-endless energy. Originally bred as a fox hunter, diving into burrows to drive out its quarry, this breed won’t go hungry when the kibble dries up. As the rats take over human cities, cleaning the scraps off our collective corpse, the Jack Russell Terriers will have their feast, too. When the Klenthraxi warships exterminate the human scourge and move on to the next solar system in their survey, the Standard Poodles of the world will frolic in the wreckage. Happily, they will mark their territory with their much-maligned enthusiasm. Like the barbarians of old, they will ruthlessly assert their dominion over the planet. Earth will have a new ruling class, and it will be hypoallergenic. The most ancient of all dog breeds, and for a reason. For thousands of years, Basenjis have been chasing down prey, defending the pack, and outsmarting competitors. Their fierce independence will allow them to contend with the eldritch demons who consume all of humanity, and their native climbing ability is perfect for navigating the rubble of skyscrapers left behind. 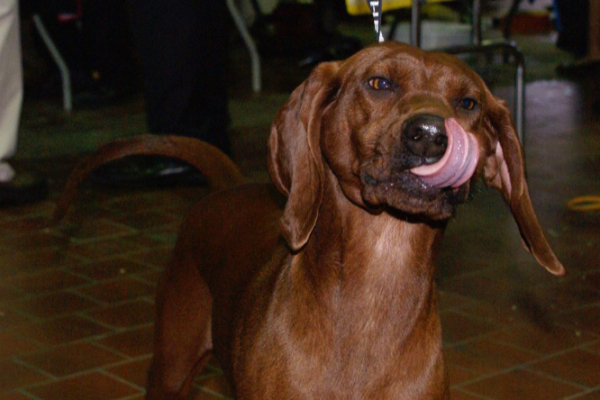 Big Dan and Little Ann are exemplars of the Wildnerness Survivor, stalking prey and doing battle with cunning foes. Coonhounds of all variations are bred for heartiness, intelligence, and above all, a keen sense of smell. These hounds will smell trouble coming from (at least) a mile away, and they’ll be ready. A cougar might give ’em trouble in a tussle, but that’s what packs are for. Driven by instinct to form hunting parties, they’ll be a formidable band of brothers (and sisters) following the collapse of civilization. If you want a preview of what Earth will look like after nanobots are seeded into the atmosphere, causing uncontrollable storms and foul weather, visit Scotland in January. While there, braving the freezing seaspray and pervasive muck, you’ll meet this robust little bread. Cairn Terriers have a wiry outer coat that keeps them dry in the wettest storms, and their dense, fluffy undercoat keeps them warm through the depth of winter. Cairn terriers are tailor-made for weather that makes Seattle look positively balmy, and they’ll thrive in weatherman-in-hell scenario caused by our new nanabot overloards. If humanity falls in the well, it’s up to them to get us out. Luckily for Lassie, she doesn’t need our help to survive. Reknowned for their intelligence, Rough Collies will make quick work of the puzzles presented by a dying sun. When the Sol’s light dims and magic returns to this world, Rough Collies will be undaunted by the caprice of wizards, warlocks, and moon thralls alike. When humanity’s love of HotPockets melts the polar ice caps, the Earth will be covered almost entirely with water. In this world of water, the Newfoundland is in heaven (and Kevin Costner is tragically ahead of his time). With incredible stamina, these dogs are able to swim for days when necessary. As the rest of the world drowns, the Newfies will happily paddle to the remote island off in the distance, Mt. Everest. Bred for intelligence and fearlessness, Dobermans will be the rulers of the Saharan Tundra after the Yellowstone Supervolcano erupts and blocks out the Sun with ash. Fast and cunning, the prey of a changed landscape won’t know what hit it. Even though it’s not the biggest dog on the windswept heath, it won’t back down in the face of big, bad, genetic freaks caused by radioactive minerals once trapped deep beneath the Earth’s crust. Naming a true wolf for this list feels like cheating, because a pack animal capable of taking down a moose is probably gonna be alright come The End Times. Next best thing: huskies generally, and the Alaskan Malamute specifically. Its weather-proof double coat protects it in even the most extreme climates, perfect for living on humanity’s haunted planet. Outrageously powerful, fiendishly clever, and already in touch with its wolfish instincts, the Alaskan Malamute is ready to rumble. They’re not particularly ferocious, nor are they known for especially high intelligence. They’re not big, or fast, but they do have two virtues well-suited for the Eschaton: single-minded stubbornness, and health. Thanks to centuries of responsible breeding, Beagles are remarkably unlikely to suffer from a wide array of canine illnesses and disorders. If we can safely assume that veterinarians will not be spared by the Four Horsemen (we can), then general vitality is priceless to a breed. And as their owners know, when a Beagle sets its mind to something, it can’t be dissuaded. When the next meal requires a 20-mile scent chase through bramble thickets and industrial bogs, the Beagle’s tenacity will be rewarded with a full belly. J.G. Ballard warned us, and we didn’t listen. When the sun’s rays turn the Earth into a Cretaceous lagoon, with temperatures soaring high enough to turn London into a tropical jungle, the Xoloitzcuintle (its friends call it Xolo) will keep on keepin’ on. This breed’s hairless body is the product of three thousand years of jungle evolution in Mexico’s most unpleasant tropics, and its survival instincts remain strong. While humans slowly broils to death (or rather, sous-vide), the Xolo will bask in the 110º shade. The Fila Brasileiro was bred to hunt giant scary jungle beasts (think jaguars and boars), and boy, is it ever good at its job. When mutagenic chemicals are released into the air by a rogue government’s experiments, warping humans into horrifying monsters with ferocious strength and speed, this is the breed that will benefit humans most on a hunt. With the powerful nose of a Bloodhound in its lineage, it will stalk its twisted prey through the wilderness for days and weeks if needed. The abomination of mutants will be wiped away, one at a time, and we will have the Fila Brasileiro to thank for this mercy.