We all know that the collective noun for a group of dogs is a “pack.” Recently, it came to my attention that a group of Pugs is actually called a “Grumble”. After laughing my tail off for awhile at how perfect that was, I decided to put my creativity to the test. Here are a few collective nouns for groups of certain dog breeds, based on their best (or funniest) character traits:

1. A Grumble of Pugs

Who needs one Pug, when you can have a GRUMBLE of Pugs?! Look at them grumbling!

2. An Oodle of Poodles

The rhyme was there, and I went with it. Oodles and oodles of Poodles.

3. A Puff of Pomeranians

Self-explanatory. At first glance, a black Pomeranian may seem but a puff of smoke in the air. Upon further investigation, eyes and a nose may appear at which point you realize that there is an actual dog in there.

4. A Snuggle of Golden Retrievers

Get a bunch of Goldens together and you’ve got yourself a snuggle. Basically, The Golden Girls, but with four paws each. 5. A Sovereign of Schnauzers

Schnauzers are so on top of the beard game, it makes them look like regal gentlemen. Get a group of them together, and you have a nice sovereign. 6. A Rumple of Shar-Peis

“That’s a huge Rumple of Shar Peis!” is something I wish I heard more often. This breed already looks like a folded towel, so throw a bundle of them in a pile, and you’ve just got a lot of wrinkles. (The good kind.) 7. A Barrel of Pit Bulls

They’re big. They’re lovable. They’re muscular. But most of all, they’re the biggest doofs of all the breeds. You just can’t help but love these swole sweethearts.

8. A Chatter of Chihuahuas

Get a group of Chihuahuas in one room, and that chatter will have a whole lot to say. Don’t let the Blizzherd out in an actual blizzard, because you may lose them until the end of March. 10. A Brouhaha of Hounds

11. A Kerfluffle of Sheepdogs

These pups knows when to work, and when to be ridiculously goofy. 12. A Flash of Greyhounds

What was that?! You took too long to look, but it was a a quick flash of Greyhounds, making their way through.

13. A Spunk of Dachshunds

They may be small, but they got a lot of sass. You wouldn’t want to be caught in an alley with a spunk of Weenies, or they might just lick you to death.

“Whoever smelt it, dealt it” doesn’t apply when you’re in a room with a fart of Bulldogs. Besides, it could have been any one of them. (Or all of them.) When you run into a wiggle of Corgis in the club, don’t even try to get in a dance-off with them, because they will twerk you right outta there. Ever heard a Husky talk? Look it up, it’s hilarious. Get a group of these Chatty Kathys together and you’re not going to get a word in edgewise.

Known for being extremely lovable, Labs are always wearing their derpiest smile. The more derp, the merrier!

18. A Dollop of Dalmatians

We all watched the Disney film growing up, so we know that you when you have a lot of Dalmatians in a room, it looks like a bowl of vanilla ice cream with chocolate chips. Also known as a delicious dollop. Do you have any ideas for other breeds we didn’t mention? Let’s hear ’em in the Comments section below!
Featured image via French Bulldog Buzz 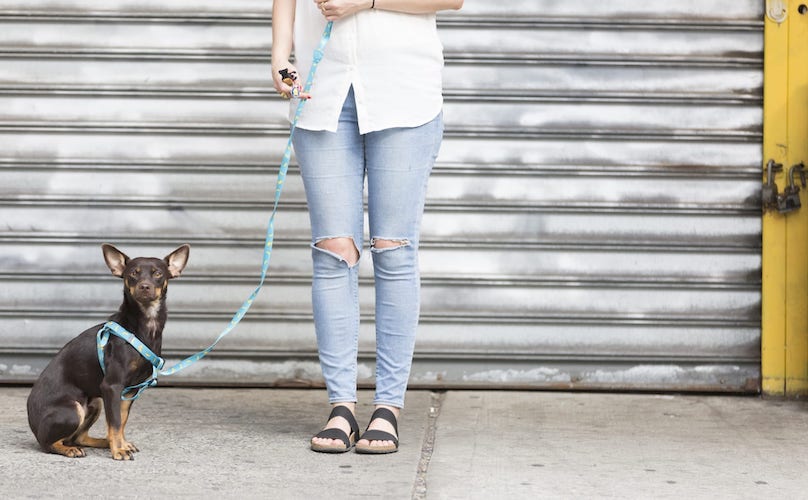