13 Of The Smartest Dog Breeds

Smart dogs are like cute dogs—every dog owner thinks they have one. You might think you have one of the smartest dog breeds on your hands just waiting to crack the next theory of relativity, but your li’l Einstein might have a harder time in Algebra 101 than you think.

Like humans, intelligence comes in many forms. Finding out how they “play smart” is the key to unlocking their puppy IQ.

How Can You Identify The Smartest Dog Breeds?

Whether your pup is purebred or mixed, you can gauge their most common characteristics and intelligence patterns by figuring out which breed group they fall under. The breed groups are:

Dog intellect manifests in a variety of ways, and their dedicated group allows you to figure out how to make the most of their brain. While every dog is born with instinctive intelligence, some breeds are more capable of things than others. For instance, breeds bred to hunt and retrieve are much more likely to think quickly on their feet, looking for nimble and efficient means to impress their people and secure their prey.

Hounds, terriers, and scent-trained dogs might look more adorably dull on the surface, but behind their one-track “nose minds” are the inner-workings of a brain that ticks like a Swiss clock. Highly intelligent dogs are more capable of solving problems, tackling treat puzzles, participating in dog sports, communicating with you, and, well… getting into trouble.

Whether they’re book-smart or street-smart, remember that the smartest dog breeds require more dedication from their people in terms of enrichment, exercise, and play! With great intelligence comes a higher capacity for boredom, which, without an outlet, may manifest as destruction, anxiety, stress, behavioral issues, and general naughtiness.

13 Of The Smartest Dog Breeds

Neuropsychologist Stanley Coren examined what drives dogs’ intelligence in his bestselling book The Intelligence of Dogs1. Based on his research, the primary factor is trainability. Dogs who are eager to please their people and take the initiative are considered “smarter” in a technical sense.

That being said, let’s dive into the canines that consistently rank near the top of the smartest dog breeds list.

The smartest dog in the world was said to be a border collie named Chaser. Throughout his 15-year life, Chaser’s owner Dr. John Pilley, Professor Emeritus of Psychology at Wofford College in South Carolina, taught him over 1,000 different words, most of which were names for his toys. Over time, Chaser became such a dog wiz that he could learn the name of new objects in one single attempt—even by inferring that a new word must belong to a toy near him that he never saw before! Watch this pup in action as Neil DeGrasse Tyson tests Chaser’s skills.

Experts at retrieving, poodles of all sizes tend to have a curious and active demeanor. They are eager to learn, love challenges, and excel at trick training.

In 1999 a toy poodle named Chanda-Leah achieved the title of Dog With The Largest Repertoire Of Tricks in the Guinness Book of World Records. This pup learned 469 different tricks to earn her title, including knowing how to multiply small numbers, play the piano, and how to put away her own toys (the trick probably most coveted by dog owners everywhere)!

Due to their high intelligence and deep focus, German shepherds are among the world’s most popular service dogs. Their ability to make quick decisions in hazardous environments makes them ideal for the job and wonderfully whip-smart companions. In fact, this breed has such high intelligence that you can often find them working as a police dog!

In fact, the first ever seeing eye dog was a German Shepherd named Buddy back in the 1920s who gave a new hope of independence for the blind. It takes one intelligent animal to confidently lead humans around a busy city!

Goldens‘ impulse to please is great, which makes them easily trainable and useful as a guide dog or service dog. Known for their agility, strength, and dependability, golden retrievers are one of the most popular family dogs.

One such service dog was Orca, an outstanding Golden Retriever, who was trained to make complex decisions for himself in order to assistance his human, Cheryl Alexander, who had Reflex Sympathetic Dystrophy syndrome. Orca was able to help with countless activities like loading and unloading the washing machine, grabbing some cash from the ATM, and choosing groceries off the shelf to place on the conveyer belt at checkout – what a smart dog!

If these skills alone weren’t remarkable enough, Orca won the PDSA Gold Medal for outstanding bravery after saving Cheryl during an incident when she became trapped under her wheelchair in a water-filled embankment only 2 months after beginning to work together. Orca made the heroic decision to go look for help, even going against his training in order to pull himself out of his collar after the first person he sought out couldn’t decipher that Orca was in search of help. After two hours of searching, Orca finally led one of Cheryl’s neighbors back to her just in time to save her from hypothermia.

Related Article: Positive Reinforcement Training For Dogs: What It Is & How It Works

Highly regarded for their stamina, speed, agility, and tenacity, Dobermans are equally hard-working, playful, and affectionate. This intelligent dog breed will free all the treats from that puzzle ball in record time.

Bingo von Ellendonk (the coolest name for a dog we’ve ever heard) was the first Doberman to get a perfect score in Schutzhund (now known as IGP), which is a dog sport that tests a dog’s tracking, obedience, and protection skills.

Gentle, kind, and eager to please, Labradors were bred to hunt and retrieve, and are among the best command-followers in the canine world. (They also rank among the best puppy-dog eyes at mealtimes.)

Speaking of following commands—a Labrador named Endal from Great Britain was said to be the most decorated dog in the world for his assistance to humans.   Endal was trained to understand hundreds of commands including how to drain water from the bathtub if his human, Allen Parton, fell unconscious, as well as, how to call for emergency services. He heroically saved Parton by placing him in the recovery position and finding help during an indecent when Allen was knocked out of his wheelchair. Some of Endal’s awards include the 2002 PDSA Gold Medal, the first assistance dog to be awarded the UK Kennel Club’s Gold Good Citizen award, and the 2003 Gold Blue Peter Badge for outstanding bravery and courage, among many others.

French for “butterfly” as an homage to their wing-like ears, papillons trace their royal lineage back to 14th century France. Sharp, bouncy, and happy to be with their people, papillons are the smallest dog breed to make the smartest dog breeds list.

Percy the papillon is out to prove how intelligent this breed really is by passing a doggy IQ test.

Watch this Sheltie, Daisy, show off her focusing skills with some neat tricks!

These brawny go-getters, Rottweilers are cherished for their obedient and hard-working nature. Keep an eye on those expressive “eyebrows,” because they’ll be sure to tell you exactly when it’s time to hand over whatever you’re eating.

At the very least, those eyebrows are sure to be judging you. In 2011 a young Russian mom forgot her baby along with her Rottweiler named Lada in a park overnight after getting drunk with friends. Lada stayed and guarded the baby the entire night until the mom returned in search of them! That’s one incredible instinct for a dog to be aware enough to stay and protect a baby, but we’re pretty sure that mom got some well-deserved judgmental stares from Lada too (and hopefully a call from the Russian equivalent of CPS)!

Give an Australian Cattle Dog a job, and he’ll show you how smart he is. These herding dogs are energetic, analytic, and some of the top-performing obedience competitors on the dog show circuit.

Have you ever wished your dog could talk back to you? Stella, a 3-year-old Catahoula Blue Heeler (a mix between a Catahoula Leopard Dog and a Blue Heeler, which is a type of Australian Cattle Dog) is the world’s first talking dog with the help of her recordable voice buttons! With training from her human, Christina who is a speech-language pathologist, Stella has learned how to communicate over 45 words by pressing voice-recorded buttons with her paw that say words like “outside”, “water”, “play”, and even “love”! She uses these buttons to express her thoughts, ask for things, and answer questions. Don’t believe us? Check out @hunger4words on instagram!

Famous for tagging along with the British royal family, Welsh corgis are athletic, playful, and exceptionally skilled at tracking small game. Their floofin’ booties are pretty impressive, too.

Check out this video of a super smart Welsh Corgi named Ari who seemingly predicts the the needs of her pet parent. If Ari hears a sneeze, she grabs a tissue. If she hears the phone ring, she brings it to her owner. She even helps her change her socks!

Also known as the “bearded brainiac,” mini schnauzers were bred to snuff out vermin and pests on farms. Nowadays, they still exhibit the same curious nature that makes them one of the world’s smartest dog breeds.

It turns out that Miniature Schnauzers are also great at tracking humans. In 2015 a Miniature Schnauzer named Sissy ran away from home and trekked 20 blocks to the nearby hospital where her pet parent was undergoing chemotherapy. No one was sure how Sissy found her way to the hospital, since she had never walked that route before, but she made it all the way to the lobby before she was nabbed my hospital staff and allowed to visit with her human for a few minutes – that’s some serious dog intelligence!

An English Springer Spaniel named Buster was a great problem solver and explosives tracker. He was a trained military detection dog during the Iraq war who was awarded the Dickin Medal for locating a weapons arsenal hidden inside a wall behind a wardrobe. His sniffing skills, including tracking down suicide bombers, saved both military and civilian lives. Now that’s a good boy!

Did your dog make the list of smartest dog breeds? If so, look at this new information as an opportunity to make the most of your pup’s active brain. If not, don’t worry! There’s more to canine intelligence than what meets the eye. Good behavior, a positive attitude, and a spunky zest for life matter just as much as intelligence, if not more.

1 Coren, S. (2006). The Intelligence of Dogs: A Guide to the thoughts, emotions, and inner lives of our canine companions. Pocket. Do I Need To Brush My Dog’s Teeth Every Day? Can Dogs See In The Dark? 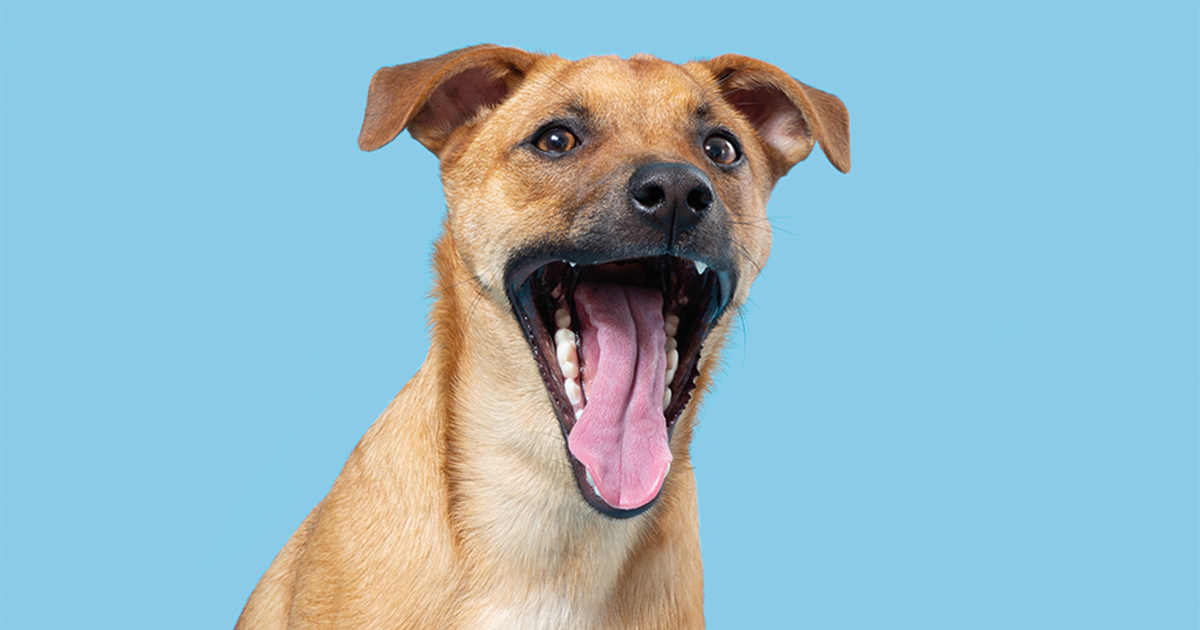 Are There Dentists For Dogs?