These 14 dogs prove that they are capable of being much more than man’s best friend, they can be heroes and lifesavers as well. (Click on image to get to source.)

Moti was awarded Dog of The Year in 2007 for saving his human family from an armed intruder. Moti’s incessant barking enraged the gunman and caused him to shoot the dog instead of harming the family. Fortunately Moti made a full recovery. 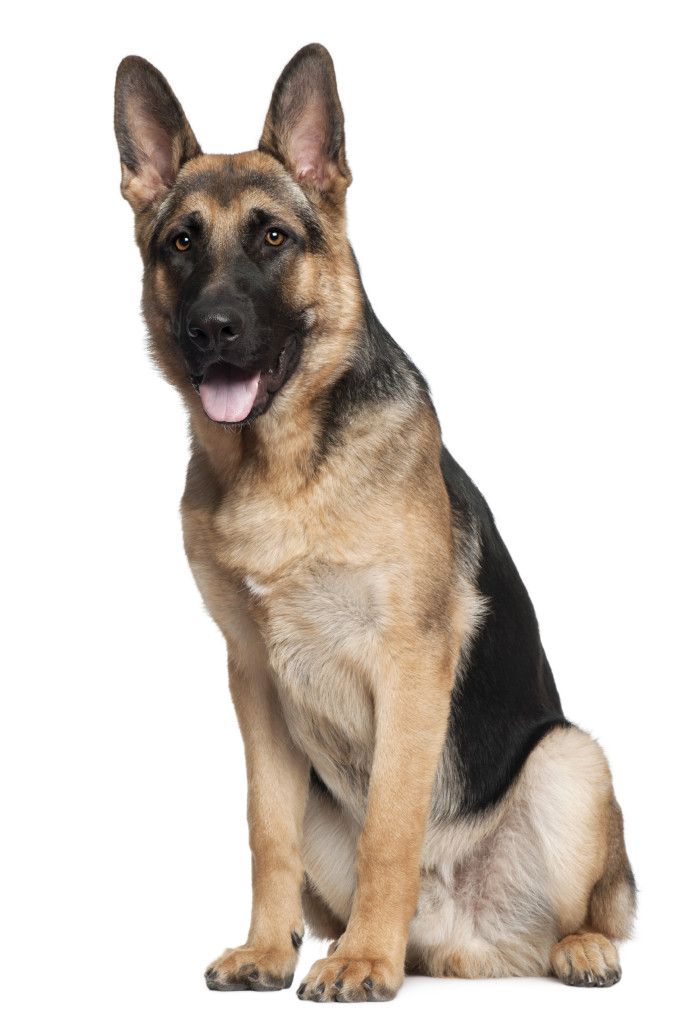 Katrina was awarded the Genesis Award for saving a drowning man from the rising flood waters caused by Hurricane Katrina. 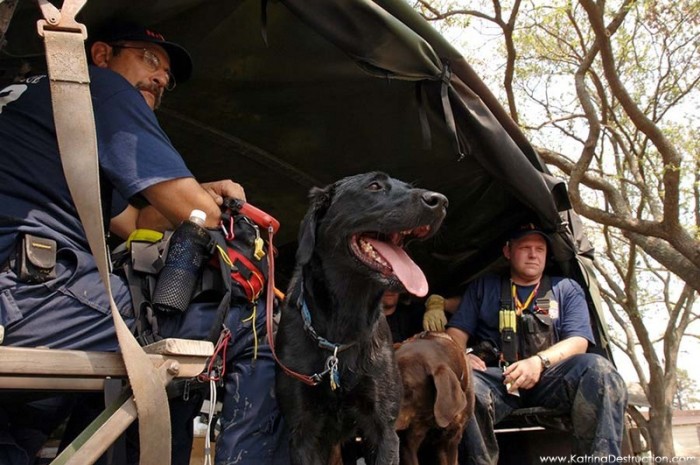 Salty, a yellow Labrador retriever, who is a seeing eye dog for Omar E. Rivera, led Rivera and his co-workers to safety from the 71st floor of the Twin Towers after the Sept 11, 2001 terrorist attacks. (Weekend Content) 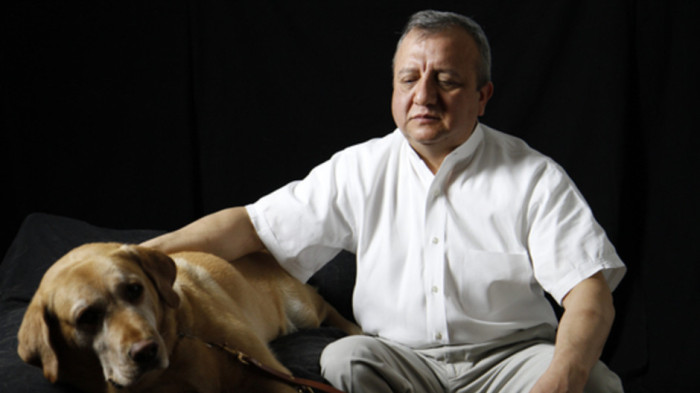 The DeStefani family owe their lives to Bandit, a dog they were just watching while their friend was out of town. Rich DeStefani had put a hairbrush into boiling water to sterilize it. He forgot about it and left it boiling in the pot over night. When a fire started at 3:30 AM, the smoke detectors did not go off, but fortunately Bandit was there. Bandit woke up Jennifer DeStefani who was then able to alert her whole family. Thanks to Bandit the fire was limited to the stove and the whole family was saved. 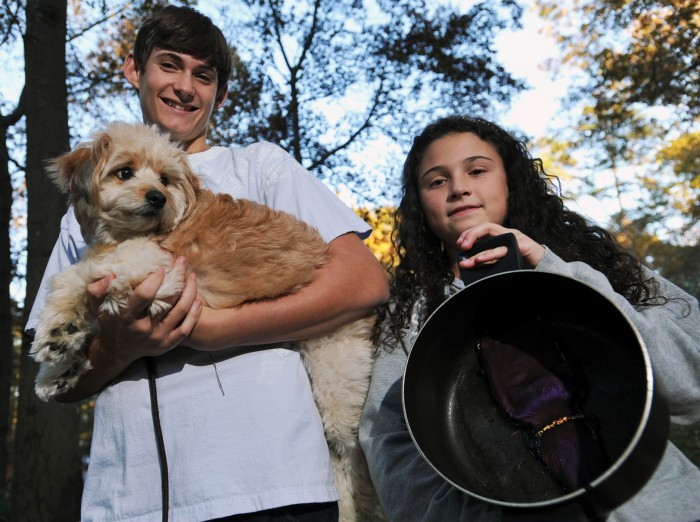 John Miles was hit by a car when he was walking his dog Lucy in Boston. Both owner and dog were injured in the crash. Fortunately, Lucy ignored her injuries to save her owner. She managed to limped to a nearby dentist’s office, then limped back to John’s side until help arrived. 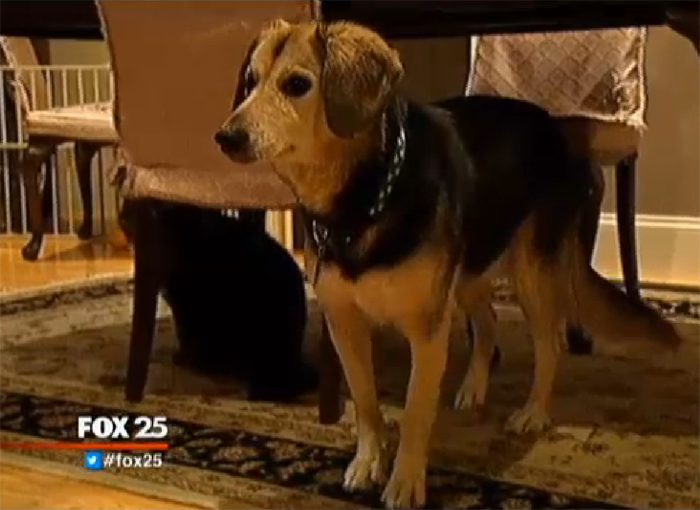 After 5 months of physical and verbal abuse from his babysitter, 7 month old Finn was saved by the family’s dog, Killian. Parents, Benjamin and Hope Jordan noticed that Killian had become increasingly aggressive towards the babysitter and very protective of Finn. Not usually one to be aggressive, Benjamin and Hope, took not of Killian’s odd behavior. They decided to hide an iPhone underneath a sofa cushion, in order to record the days transactions. Through the secret recording, the reprehensible and abusive behavior of the babysitter was revealed. Without Killian’s warning the truth may have never been discovered. 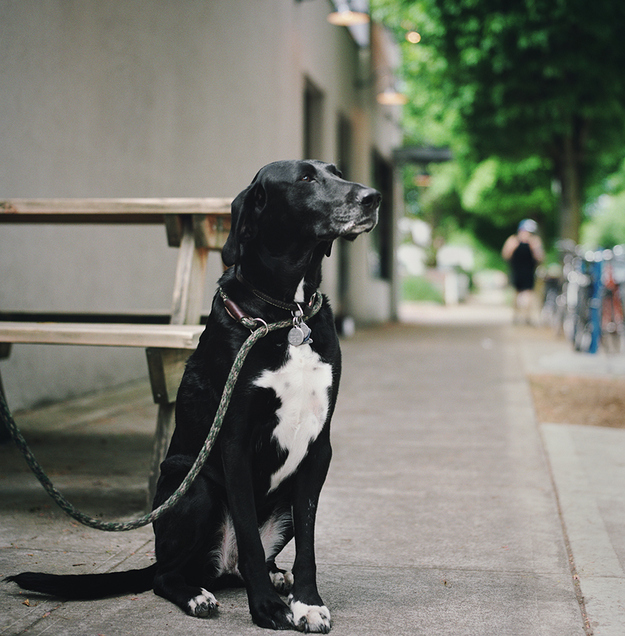 When Bruce Martin suffered a heart attack he was lucky to have his pitbull, Clyde, by his side. Clyde found Bruce unconscious and ran to alert Bruce’s wife. Without Clye, Bruce may not have been taken to the hospital and given the triple bypass surgery which saved his life. 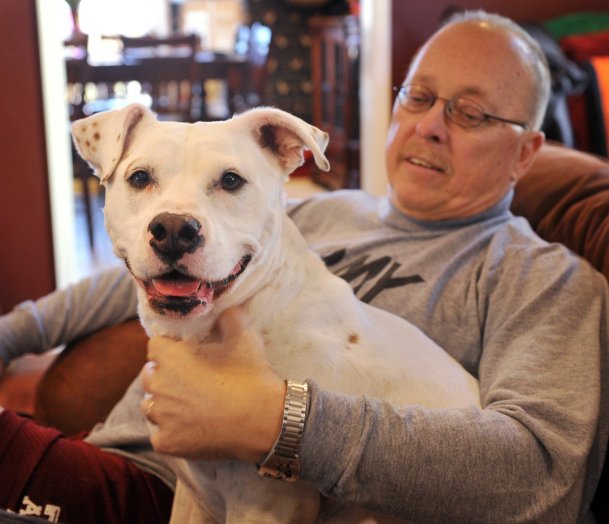 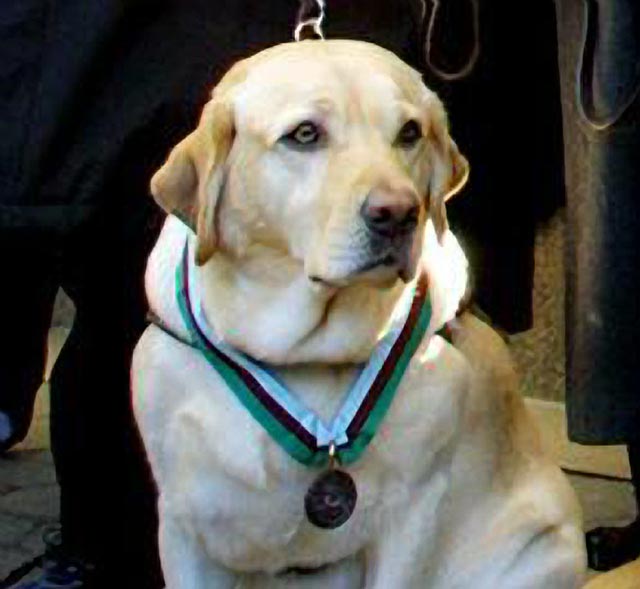 Don’t be fooled by Zoey’s small size. This adorable chihuahua, from Colorado, saved a one year old baby from a three foot rattlesnake. Zoey was bitten above the eye by the large rattlesnake, but she made a full recovery. 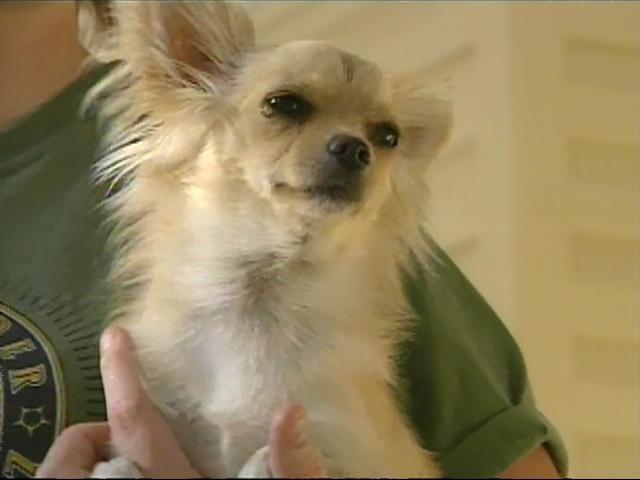 Kabang was able to save her owner’s niece and daughter from harm after jumping in front of an oncoming motorcycle. Although Kabang lost her snout and part other jaw, she was able to survive. 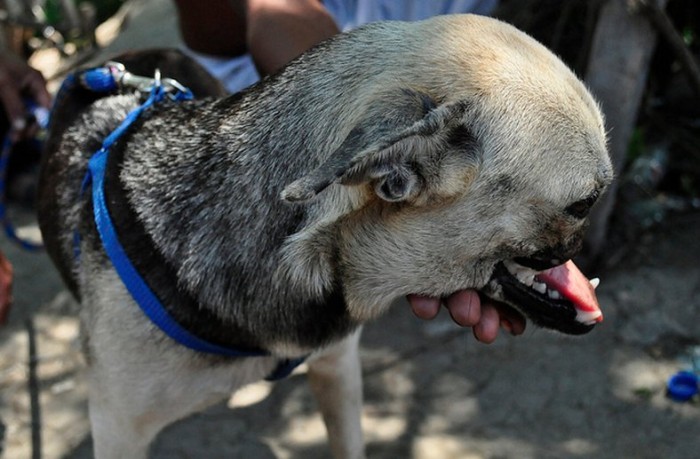 Eve saved her owner Kathie, a paraplegic from a burning truck after it fishtailed and was filled with toxic fumes. Eve grabbed Kathie’s leg with her jaw and dragged her to safety just as the truck burst into flames. Eve was awarded the Stillman Award for her outstanding bravery. 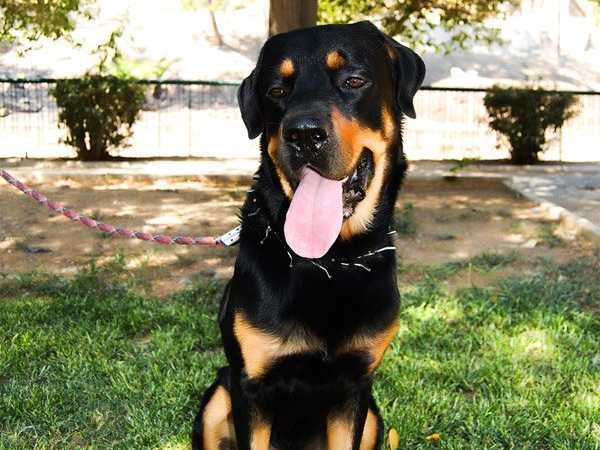 Cecil Williams, a blind man living in New York City, was saved by his guard dog, Orlando. After losing consciousness on a subway platform, Williams fell in front of an oncoming train. But was fortunately protected by Orlando, who laid down with Williams on the subway track. 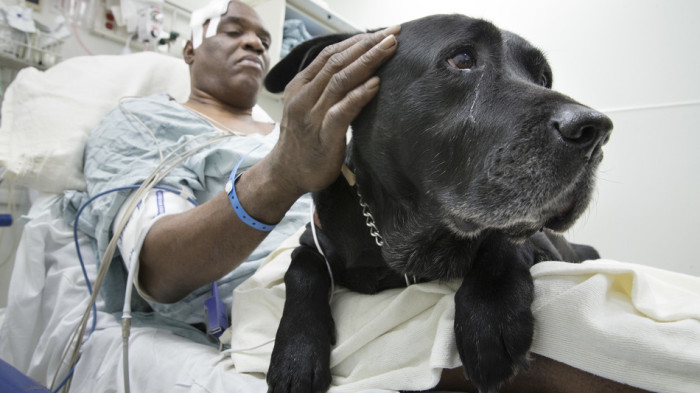 When Marci Snead went into hypoglycemic shock, her Siberian husky, Neo was ready to take action.  By running into a nearby building for help, Neo gained the attention of others and led them to Snead. Paramedics were then called and thanks to Neo’s quick thinking, Snead was saved. 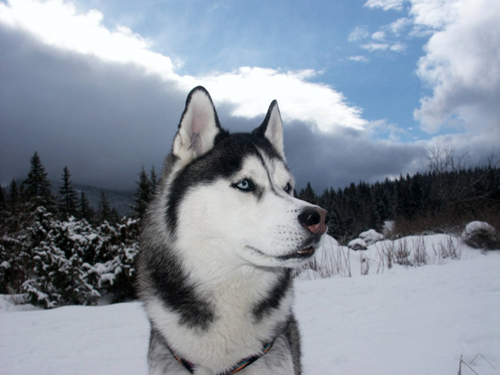 When 68 year old, Krsto Pekic fell into an insulin coma his dog Rex came to the rescue. Rex began banging on the front door, loud enough to alert neighbors, who were able to call the police and firefighters thus saving Pekic’s life. 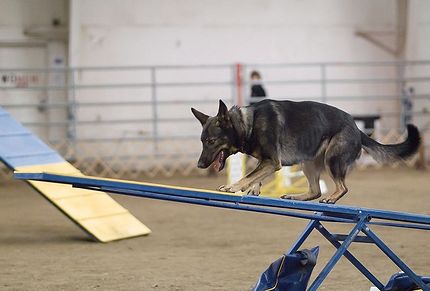