17 Dogs That Want To Run The City

The mayoral race is on in New York City. Which candidate has your vote?

1. Hurricane Oscar
Oscar has an ambitious plan to build a 10,000-foot wall around Manhattan to guard against future natural disasters. Even he thinks he might be going a little too far.

2. Sammy Stands for Soda
Limits on sugary drinks? Not on Sammy’s watch. The sweeter the better!

3. Fluent Frenchie
This French bulldog is fluent in all languages, so it’ll be easy for all of his constituents to understand him.

4. Sweetness for Steak
She may look sweet, but this dog loves her meat. She believes the Meatpacking District should live up to its name and wants to bring back the neighborhood to its slaughterhouse glory of the years gone by.

5. Puppy Versus Pickups
This pooch wants to keep cars out of Central Park. “I can’t tell you how many times I am minding my business along the loop, and I’ve almost gotten sideswiped,” says the Toto lookalike.

6. Barking Bridges
This dog wants to turn the Brooklyn Bridge into a giant dog park, with the best view of the city.

8. Cultured Canine
A frequent patron of the arts, Hamilton wants to make outings like the opera and ballet open to all animals. “I love twirling and tap-dancing,” the pug says.

9. Hounds for Hotdogs
“I love hot dogs. I’m a hot dog fiend,” says the handsome German Shepard. If elected, he will put hot dog stands on nearly every corner and provide mutts with unlimited, free footlongs.

10. Turd Terminator
Tired of the hot poo smell that blankets the city in the summer, Dog vows to crack down on poop picker-upper perps.

11.  Businessman Bocce
As the brains behind Bocce’s Bakery, he knows what it takes to run a successful business and he has big plans for NYC. First up? Treat machines on every corner.

13. Musical Mutt
This pup knows how important the arts are and will increase the funding for art programs at all schools.

14. Frugal Frenchie
Everyone knows the best way to get around the city is the subway. This adorable pooch will see to it that the MTA does not raise prices, again.

15. Information Superhighway Seeker
Sick of dealing with your cable company to no avail? (We won’t name names, Lime Yarner and Nomcast). Free WiFi for everyone! 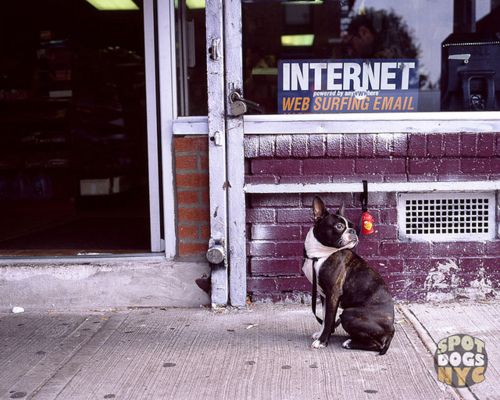 16. Protective Pooches
These dogs care about your safety. That is why they are giving each person who votes (regardless of candidate) a Great Dane puppy for protection!