Home » Fun » Puplifting Moments: 14 Things That Have Changed For Dogs For The Better In 2015

Puplifting Moments: 14 Things That Have Changed For Dogs For The Better In 2015

Note: Items on this list are not numbered in order of importance.

2015 was a dogtastic year for pups. We still have a long way to go as far as making sure dogs are treated fairly by people and the law in all aspects of their life, but seeing all the changes that have taken place in 2015 alone is incredibly encouraging.

1. Missouri passed a law making it illegal to tether a dog for more than 30 minutes. 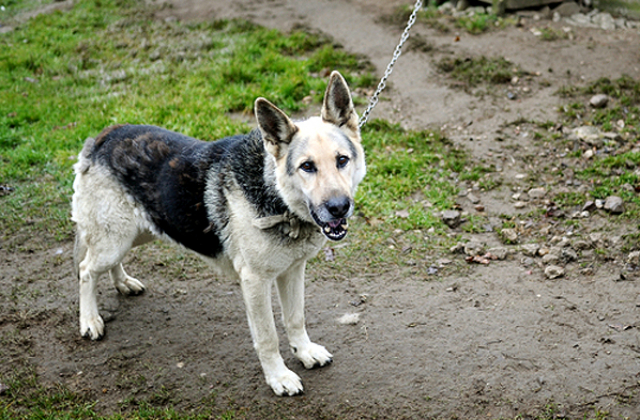 Just last week, Missouri lawmakers passed a law requiring owners to leave their dogs untethered for any period of time longer than 30 minutes. Hopefully, this will deter people from permanently tethering or chaining their dogs outside, which is not only very inhumane, it also can create many negative behaviors in dogs.

2. Larger sentences are being dished out to convicted dogfighting criminals. In light of the disturbing 2007 Michael Vick dogfighting case, many activists have taken up a new zeal to fight against dogfighting rings. Over the course of the past 8 years, criminals charged with this crime have been facing significantly longer prison sentences. Michael Vick spent less than 2 years in prison for his crimes, whereas the most recent convict, a man named Hewitt Grant, was sentenced to 20 years for running a dogfighting ring. Finally, justice is being served.

3. Illinois made it illegal to leave dogs outside in extreme weather. Although the legislation doesn’t take effect until January 1, 2016, the state of Illinois recently took a great step toward protecting dogs against the elements. Owners in the state who leave their pups outside in any kind of extreme weather can be sentenced to jail time or fined up to $2,500.

4. The National Defense Authorization Act passed making it necessary for all military dogs to be brought home after finishing their tour. It’s no secret how important military dogs are to our service men and women. Between bomb-sniffing dogs and dogs trained as trackers, their utility to our country’s safety is only becoming more apparent. As of recently, military dogs were sometimes left on foreign soil when troops were withdrawn, and reports were not kept about their whereabouts.

On October 7th of this year, Congress passed a law making sure all military dogs were returned to US soil after they were finished serving their country. In addition, all veteran soldiers who worked with these dogs are given the first opportunity to adopt them, which has been proven to help with PTSD and adaptation back into society. It’s hard to believe, but people are still in the process of grasping the idea that animals can think and feel. Your jaw just dropped, right? Yeah. In New Zealand and Quebec, however, all animals are now recognized as fully sentient beings, which means people convicted of crimes against animals in these countries can now be punished much more severely. The rest of the world needs to catch up with these two, but it’s a great start! If eating with your pooch is the only way you know how to enjoy a meal, you had a lucky year in 2015. As of October, New York State joined the list of states which permit dogs to join their humans at restaurants with outdoor seating areas. This legislation will make an impact on the quality of life for dogs in these cities, as previously only service dogs were allowed to join their owners. People who save dogs from being stuck in a hot car are heroes. Hands down. No question. Up until recently, these people weren’t legally protected for saving these dogs as breaking into someone else’s car – regardless of the reason – was considered a crime. As of July of this year, residents of Tennessee who break into a car to rescue a dog from the heat will no longer face criminal charges. Hooray for pup vigilantism!

8. Amtrak is now required to have a car for dogs on every train. Earlier this year, Amtrak tested allowing animals to ride on their trains in the Northeast region of the United States. Due to the overwhelming success of the venture and a serious push for the passing of the Pets On Trains Act over the past few years from legislators, dogs are finally allowed to be the jet-setting pups they were born to be. Although owners still have to abide by certain rules and regulations which allow for only certain sized breeds to ride on the trains, this is still a major win for dogs across the country.

9. Utah has rejected all BSL laws in the state. Three cheers for Pibbles in Utah! As of the beginning of this year, all breed specific laws in the state have been revoked. Pit Bulls have always been a deeply misunderstood breed, and the battle to build awareness about this misunderstanding is far from over. The passing of this legislation, however, helps to open doors for other states to follow suit. Currently, there are still 32 states in the US that have BSL laws.

10. A new study shows hope for dogs with anxiety issues. A recent study conducted in London, England has shown that dogs with anxiety issues, specifically separation anxiety, who are given a prescription of fluoxetine are more inclined to feel optimistic when separated from their owner than pessimistic. This development is hugely significant for dogs who suffer from behavioral issues due to this anxiety, as the study showed dogs can be weaned off the medication after a few years of treatment and retain their optimistic mindset.

11. 16 states now have laws to protect dogs who are left in hot cars. Although all states have dealt with animal cruelty cases in which owners have been charged for leaving their dogs in hot cars, legitimate legislation making this heinous act a crime punishable by law has been slow moving. As of 2015, the United States officially has 16 states where this act is considered a crime. The number may seem small, but other states (like Pennsylvania) are rapidly working toward passing their own legislation as this issue becomes a larger conversation nationwide. Protective gear for service dogs is not a new concept. After the story of Diesel the bomb-sniffing dog who died in a raid against terrorists in Paris went viral, people have been voicing their concern about the precautions taken to protect these dogs. A company named “Nord Body Armour” has been working on this issue for years, and thankfully they have come out with new equipment to help save our dogs in the line of duty. 2015 was a great year for doggy medicine. It’s no secret how stressful sending your dog to the vet can be, but recent improvements in canine cancer treatments, the understanding of how anesthesia affects dogs, and the rapidly increasing availability of important medical equipment have all made treatment for dogs with serious medical conditions easier for humans and dogs alike.

14. O’Hare International Airport now has a doggy bathrooms in all of their terminals. In what is easily the most significant breakthrough of 2015 (jokes), O’Hare International Airport has built specially designated bathrooms for dogs in all of their terminals. This decision not only sets a precedent for all other airports, but it helps make traveling an infinitely less stressful experience for dogs, especially older dogs and dogs with some medical issues. In addition, humans with disabilities no longer will have to exit the airport so their animal can relieve themselves.