The Fourth of July is tomorrow and all of the humans are preparing for BBQs, beers, parades, patriotism, and fireworks.

While this is exciting for the Homo sapiens, the canines in our lives feel a bit differently towards those explosions of loud color in the sky. 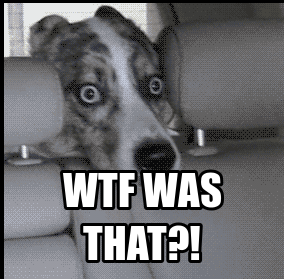 They're so scary for this Greyhound that she tries to find the smallest space in the house to hide.

Via GIFsoup.[/caption] In contrast, Madeline the English Bull Terrier wants to play boxer vs. those fireworks... [caption id="attachment_4485" align="alignleft" width="240"]

Via YouTube.[/caption] All jokes and GIFs aside, we do have a few tips on ways to keep your pup safe on the holiday. 1. Make sure your dog is microchipped (and that the information connected to their microchip account is up to date). If your pup runs farther than your lap or the bathtub, this is important to get them back home. 2. Make sure your pup's ID tag is still legible. 3. Keep your pup indoors, and if you have a slippery pup, use baby gates as a second barrier for when guests come in and out. You don't want this to happen: [caption id="attachment_4484" align="alignleft" width="320"]

Via YouTube.[/caption] A calm dog is a safe dog. Here are some things you can do to keep your pup calm before the fireworks go off: -Get rid of as much energy as you can during the day with a long walk! -Any talking to or snuggling a nervous dog encourages the behavior. -Play a game, or take this time to work on new tricks to distract your pup.   If you don't want your pup to look like this tomorrow night... [caption id="attachment_4483" align="alignleft" width="622"] 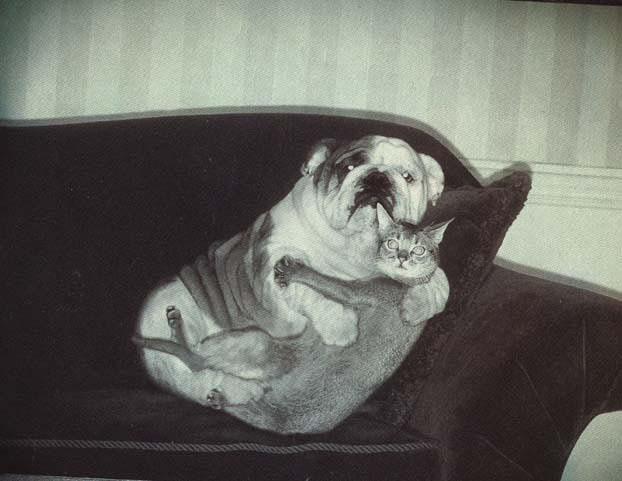 Source.[/caption] Here are three products that we've found can help keep your dog calm: -Thundershirt - They really work! -Calm K-9 Wafers- Found in your June BarkBox! -ProQuiet -D.A.P. products-- Safe enough to use daily or can be used as needed in stressful situations. But the most important thing of all is to...