Programs that pair dogs with inmates have proven successful in the past, and a New York City jail is trying it out in an attempt to cut down on gang-related behavior.

Rikers Island’s longtime reputation for violence is now being challenged by an adorable black Lab named Ace, a shelter pup who will be staying in the jail for nine weeks until being put up for adoption. 15 teen inmates have been chosen for a program that will hopefully keep them busy as they train and care for Ace. Part of a plan to discourage violent behavior, Ace lives in the jail, going for walks four times a day and earning treats. In the three weeks he has been at Rikers, there has not been an attack in the unit Ace calls home. 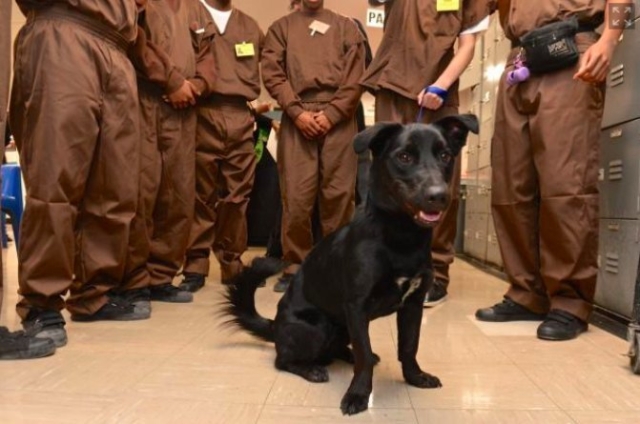 “The dogs have the ability to break through any nonsense. These kids become kids again. They are not in the gang mentality,” said Liz Keller of Rescue Dogs Rescue Soldiers, a program that brings pups to the jail every Wednesday for visits with inmates. Things are looking great so far for Ace and his Rikers pals, and hopefully this will be the start of a bigger initiative that gives hope to shelter pups and the humans who benefit from spending time with them.