Why Adopting A Dog Was Never Just An “Option” For Me

Adopting a dog was never an option for me because I always knew when it came time, it wouldn’t be a choice–it was always the only way I would ever give a dog a home.

I remember the first time I met my now beloved doxie pup Andromeda (or as I like to call her, Weird Wiener. She’s a Dachshund. Just go with it). I entered the Social Tees adoption van in front of Petco, saw her furry puppy face staring out at me from behind the glass partition, and immediately felt a connection. When the volunteer took her out so I could hold her, she looked up at me, tail wagging, and gently licked my chin.

Everyone has this first moment with their pup, but with me, it resonated deeply. “Who would give this little puppy up?” I thought. “Who could?”

The reason for this was simply because, in a way, I’m a human rescue. I’m adopted.

I’ve always felt a special kind of bond to pups in shelters and rescues, mostly because I identify with their situation. Born in South Korea, I was immediately placed into the state’s care after I was born. Although I didn’t end up in an orphanage, I was put in foster care. From there I was adopted and came to the United States when I was just shy of one year.

Although I had a happy, white picket fence childhood, whenever you have that type of disruption in your life, no matter the age, there’s always a niggling, teesy-weensy thought in the back of your mind: “Why was I not wanted?”

This is not a pity party, it is simply an emotional truth. And no matter how well-adjusted you become, it does tend to affect the way you view the world, especially when it comes to shelter animals. In them, you see yourself.

This connection is recognized by various pet therapy and rescue organizations across the country, and programs have been instituted to bring together foster and adopted children with their shelter counterparts. Various animal rescues participate in programs aimed specifically at children in the system because of the documented positive effects pets have on youngsters.

Former foster children have talked about the benefits animal assisted therapy had on them. As for adopted children, according to a 2008 study published in the Journal of the International Society for Anthrozoology:

For a child in a new home, in possibly a new country, this unconditional love [of a pet] could indeed provide a great sense of security. The innocence of both dog and child creates a bond that requires no words between them. For children who do not speak the language of their adoptive parents, a dog can provide an opportunity to speak to something that ‘understands’ everything they say — and asks no questions, and places no demands.

When speaking of the program Pets as Pals run by The Haven Animal Care Shelter in Texas, foster and adopted mother Susan commented to the Lubbock Online:

The kids really love the animals. [Petting the animals] helps them learn to bond and to express love. My oldest two have gone… for therapy since they were 1 and 3, and it has really made a difference in them.

Often, adopted and foster families look to include pets when children come into their lives. A study by the Journal of Marital and Family Therapy found that many families purposefully adopted a pet when they adopted a child, so there would be a parallel experience to the child to relate to.

Whatever the reason, I knew when I saw that black and tan 3-month-old puppy, transported from Tennessee to the bewildering streets of NYC, she just wanted a home. So I made the easiest choice in my life: I gave her one.

I urge you to consider this in light of National Adoption Awareness Month, especially if you have adopted or foster children, to think about the enormous benefit rescuing a pup would have on your child. They understand each other. They need each other. 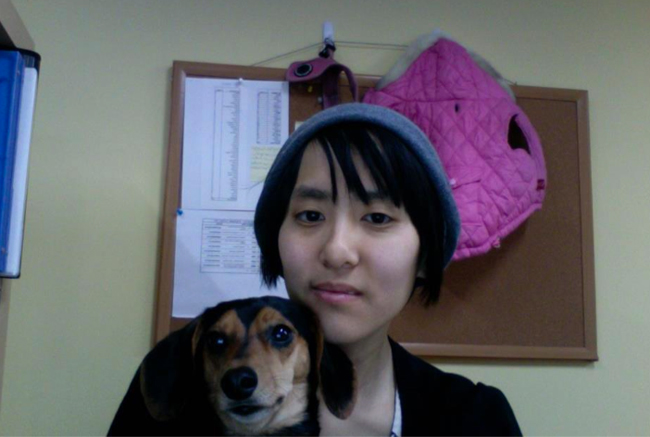