There are currently 40 wildfires burning in Alberta, Canada. The fires cover almost 400 square miles and officials say that number could double by the end of today. Officials also say that they have no control over this devastation. High winds and the sheer size of the blaze have hindered their efforts. Mandatory evacuations have left over 88,000 people displaced. One evacuee told CNN that the evacuation process was like a scene out of the television show The Walking Dead. So often in these situations, which seem to come straight out of an apocalyptic action film, family members get left behind – and by family members, I mean pets.

But WestJet and Canadian North airlines are doing their best to make sure that doesn’t happen. The airlines are waiving their restrictions on pets in the cabins of airplanes for evacuees from Fort McMurray. This move is so very important because one of the prime reasons people refuse to evacuate during emergencies is that they cannot take their pets with them. A point that was sadly driven home by the loss and displacement of animals in the aftermath of Hurricane Katrina.

Thx for all the kudos everyone. Happy to help move 2 & 4 legged pax from #ymm. Our FA Heidi shared this pic on FB 🙂 pic.twitter.com/IBChAWzMba

It seems as though we are all learning from that tragedy. It’s not only airlines that are reaching out to keep families, pets included, together during this natural disaster. As news of the evacuation spread and photos of dogs on airplanes went viral on social media, hundreds of people, just like you and me, began offering their homes and their help to evacuees.

The Alberta Animal Rescue Society is spearheading this project. They’re keeping things organized and keep a list of all those willing to provide temporary housing for four legged evacuees. You simply fill out this survey and they will contact you if necessary. Individuals are also taking to sites like Reddit and Twitter to offer their temporary housing. This level of support shows that, despite all of the horrible things we see on the news, humans are really amazing… and it also goes to show how our love for our pets unifies us all. 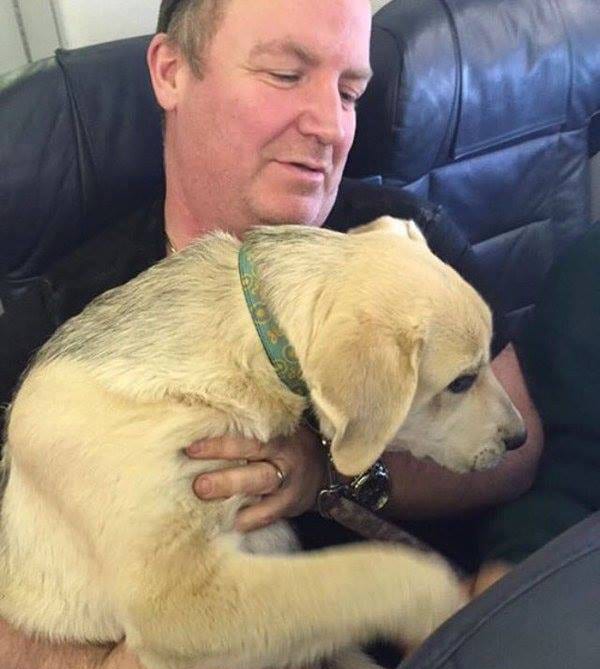 Hundreds of evacuees are staying in an arena in Lac La Biche, Alberta. Those evacuees include furry ones. According to the CBCNews, over 70 pets are staying in a special area that’s full of food, kennels, toys, and anything else these animals may need.

These families have no idea what, if anything, they will return to, but at least, for some of them, their families will remain whole – which is a certainly a comfort during a time of such tragedy.