Sometimes life really makes you think… wouldn’t it be great if you had your dog’s life?

1. Chewing with their mouth open. When a human does it, it just means they have absolutely no table manners. Mostly because we don’t have luxury of looking like this when we chew. 2. Slurping noodles. Such a terrible sound to hear someone suck those noodles up into their mouth like a vacuum. Dogs eating noodles on the other hand? Totally cute.

3. Being clingy. Nothing worse than someone refusing to leave you alone when you just want some space. But of course you let your pooch crawl up all on your lap and follow you like a shadow with no problem. 4. Stealing all the blanket covers. This could be a relationship deal-breaker for many people. When your dog does it, you just bring him even more covers because he’s just so cute when he’s wrapped up all cozy and snug.

“If you didn’t want me to claim your bed, you shouldn’t have gone to work.” #EnjoyTheCouch 5. Not wearing shoes to a store. No shoes, no shirt, no service… right? It’s just plain gross for someone to be walking around barefoot. No one expects a pup to put on shoes though. Probably because they look like this:

6. Leave their stuff out everywhere. Seriously, how annoying is it when someone can’t put things back where they belong? But stepping over squeaky toys and tennis balls scattered throughout the living room is perfectly okay because, well, dogs. 7. Expecting to be fed. To have a deserving attitude is probably one of the least admired traits a human being could have. But dogs are totally entitled to feeling like they deserve anything and everything from us… love, play time, and even free food. 8. Waking you up when it’s too early. It’s the worst when someone tries to wake you up and it’s just not time yet. But a couple nice, soft licks to the face from your four-legged friend and you’re up and about, prepping their breakfast and readying yourself for your morning walk. 9. Endless hiccups. Arguably more of an annoyance for the person with the hiccups, but super annoying to listen to when someone has them for more than five minutes. Dog hiccups are way cuter and thus totally acceptable, however.

10. Whining. Kids do it, adults do it, and it’s terrible to be around no matter what. Dogs whining are a completely different story. They’re just trying to communicate with you because they can’t talk… d’aww…

“You call it whining, I call it being opinionated.” 11. Ignoring your direction multiple times in a row. Ugh, those darn people that just don’t listen! How many times do you have to tell them before it gets through? But when your dog ignores your request to “come here” 10 times, you just give him a treat for being him anyway. He tried… right?

“But the dog park is the other way.” 12. Assuming they get shotgun. How self-righteous does it seem when someone just calls shotgun every single time they get in your car? What about the other people’s feelings? But your pup can sit anywhere he wants because, well, he’s a dog.

“Hop in! I just got my driver’s permit.” #We’reGoingShopping 13. Not brushing their teeth. Not only annoying but also disgusting. No one likes bad breath! But it’s totally acceptable for dogs because they don’t have opposable thumbs and we accept their doggy breath for what it is. More of a reason to treat them with some yummy dental chews.

“I just licked my butt.” “Let me in. I want to be let outside again.” #AndThenInAgain 15. Refusing to share. Deemed an inconsiderate and selfish human trait, this tends to elicit a few giggles from us humans when we see dogs doing the same thing.

“Teamwork!” “No, this stick is mine. You’re just helping.” “That’s what bros are for!” “I don’t think you understand…” 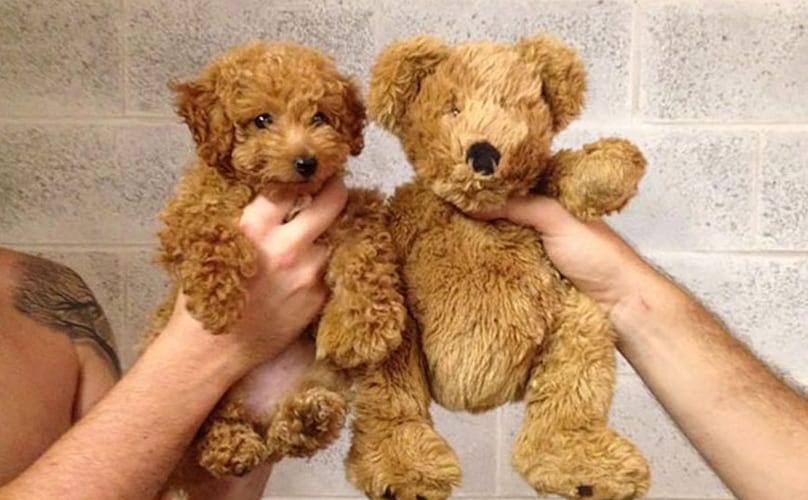