Ask Hamilton Pug: Don’t You See How Cute I Am?

"Ask Hamilton Pug" is BarkBox's twist on an advice column. Think Social Q's or Dear Abby, but with a dog, Hamilton Pug, dispensing wisdom. Questions from and about humans, dogs and cats are encouraged!   When I make eye contact with a human on the street, I stop dead in my tracks, sit, and wag my tail until they acknowledge me. Is this acceptable behavior? - Finn the pug   Some dogs have all the brains. Others have all the looks. My guess is that you must be pretty stunning, with a streak of stubborn and sass. [caption id="attachment_4823" align="alignnone" width="500"] 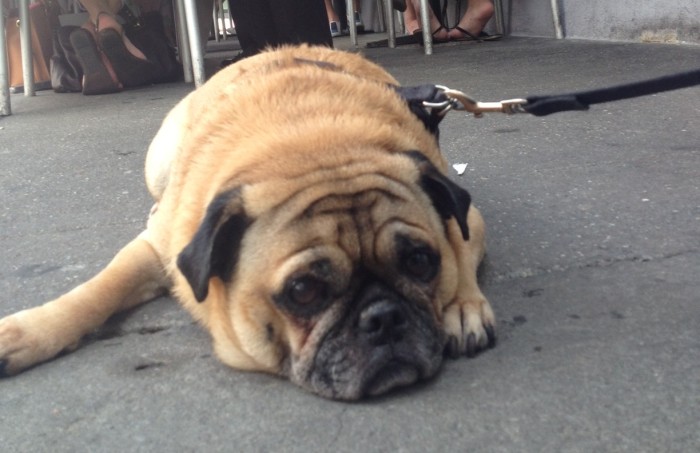 "Someone please notice how cute I am."[/caption] There's absolutely nothing wrong with insisting that the humans you pass on the street take note and pay proper attention. But you might consider setting a time limit so you don't come off as needy and begging for attention. After all, If someone doesn't pay you the respect you deserve, they probably aren't worth your time anyways.   When you do flash into mopey sadness mode, be sure you keep the ultimate goal in mind - TREATS! Humans truly hate to see us looking sad, so you can probably get something tasty out of the deal. Take this lesson: on one amazing day, I used my puggish persistence to not only convince a stranger to acknowledge me, but to give me half of his bagel from Starbucks!   When me and my dog go to the dog park, she only wants to jump on people and not play on other dogs. But when we pass random dogs on the street, she wants to play with them. Why is this happening? - Kera the human   Ah, I know the type.   Here's the truth about us dogs. We do like to play with each other, but the smell of food trumps the game of tug-of-war every single time. Fido probably wants to play, but she's focused on getting fed. Other dogs aren't typically the best source for getting a stick of gum.   And that's where the humans at the dog run come in: I've noticed at the dog run that people often bring purses or bags, and those are a great source for finding food or crumbs. So, sometimes I ignore the other dogs and become the official Bag Inspector of the Dog Park. (I need a badge, right?)   Case in point: Just the other day, a woman at my dog park had paprika in her purse. PAPRIKA! Jackpot. [caption id="attachment_4824" align="alignnone" width="500"] 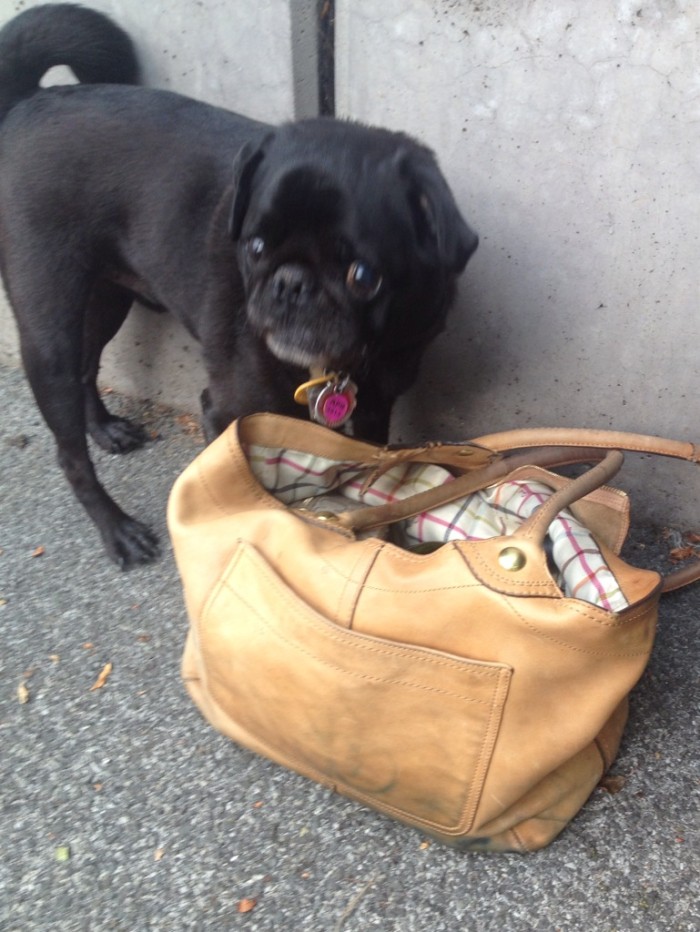 "Get your own paprika."[/caption] There could be one other possibility about your pup's shyness. Dr. Rob of BarkCare told me that she just might be feeling shy with all those dogs around and maybe she feels more comfortable playing with one dog who she meets on the street.   But my money is on the food explanation.   What is the very best thing you have ever eaten in NYC and where? - Snickie the human In NYC, people love to rant and rave about food trucks, cronuts and the hottest new restaurants. But what you people don't realize is that there is perfectly good food to be had on the sidewalks and streets. Chewed up gum, pizza crust, half-eaten pretzels. It's a goldmine out there! Every once in awhile, I succeed in snatching up one of these delicacies. Everyone says to be aware of your surroundings and to always be looking out. I choose to look down on the ground.   But if you're looking for an actual restaurant, Dinosaur BBQ in Harlem makes the most excellent pulled pork and then go down to Rocco's in the West Village for the best cheesecake ever. [caption id="" align="alignnone" width="500"]

"Three pulled-pork sandwiches, please!" Source[/caption] Why does my dog Daisy think the entire queen bed is hers? - Marlene the human Because it is! You're just lucky that Daisy lets you sleep there too. (Dr. Rob wants me to tell you it is because she just wants to get comfortable, but I digress). [caption id="" align="alignnone" width="500"] 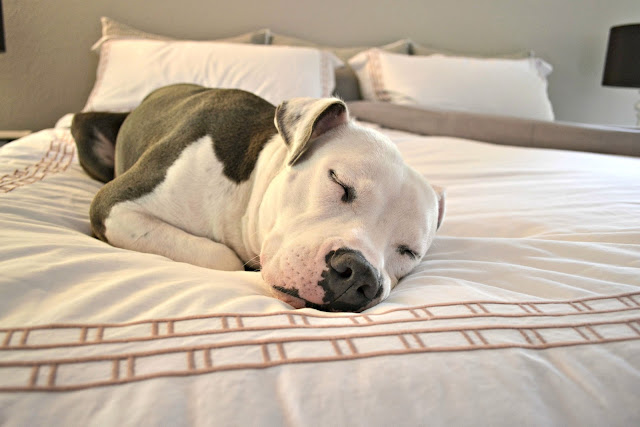