Home » Fun » Every Dog Breed Has A Distinct Bark, But You’ll Probably Never Hear The Difference

Every Dog Breed Has A Distinct Bark, But You’ll Probably Never Hear The Difference

Domesticated dogs seem to use barking in every situation, throughout most of the day, whether it be the mailman, or in their crate at home, barking is pretty common. Since we hear them all day, we should be able to determine the sound of their bark, just like human voices we know, right? So does your dog have a distinctive bark, or do different breeds have different barks? Ethologist Csaba Molnar dug deeper into our ability to recognize our own dog’s bark. His study focused on recognition of individual barks by their owners, who in this case were sheepherders who spent all day around their dogs. While most of them thought it would be simple to determine which bark belonged to their own dog, they were unable to tell the difference between their dog’s bark and that of another. In Molnar’s study, he came to the conclusion that dogs have different types of barks that mean different things, but if one dog barks for the same reason as another dog, the two barks will sound the same. He tested this by playing different barks, and in doing so, people were able to determine which bark meant what. For example, two different dogs barking to play. He also found that barking is a learned and evolved trait, that was potentially brought about in domesticated dogs via humans. This theory is supported by the fact that wolf pups bark, but it is not done by adults, they have no need to.

Unfortunately, Molnar was unable to find further research to determine if dog breeds also had a specific bark. According to an article published by the American Kennel Club, breeds do have distinctive barks. The article used a video with dog barks from the Westminster Dog Show that was published in the New York Times, as a quiz for people to take to see if they can guess the breed. 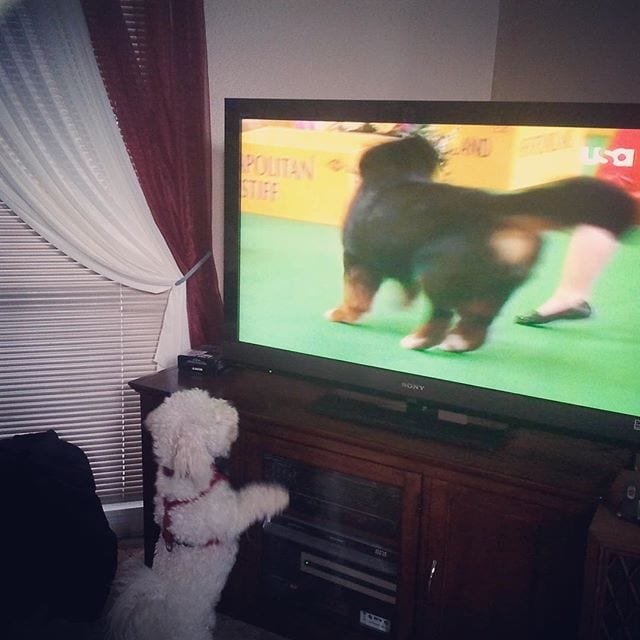 If you take the quiz, it’s clear that each dog sounds different, and while the quiz is difficult it’s easy to picture different dogs when you go through the list of barks. Therefore each breed has a distinctive “dialect,” but when different breeds are attempting to say the same thing, their pitch and bark are confusingly similar.