Almost a decade ago, a frightened Chloe arrived at Happy Paws Animal Shelter in Checotah, Oklahoma, and spent the next 9 years waiting to be adopted. Today, though she still struggles to warm up to new people, Chloe spends her days as a diligent foster dog “mom.” She makes it her personal business to comfort puppies (and dogs and cats) who arrive at her forever foster home not feeling their best.

This includes making room for them in her many beds, thanks to Greater Good Charities‘ efforts to arrange a special BARK donation.

Shelter staff accepted Chloe without hesitation when she first appeared with a woman claiming to have found her. She was on a heavy chain, and appeared to know the woman well.

“Chloe was frightened half to death,” says Edy Bauer, founder of Two Legs, Four Paws. “She would not look at anyone and pretty much gave up at that time. Her caretakers were gentle and patient with her, but two years later she still would not allow anyone to even touch her.”

Gradually Chloe grew a little more friendly, but the sight of anything unfamiliar would send her running for cover. For a long time, she was not a candidate for adoption.

When Happy Paws’ president’s own daughter met Chloe and asked to take her home, things began to look up. But before they made the match, Chloe escaped the shelter and fled nearly 20 miles. Rescuers worked for hours in 105-degree heat to try and catch her until she disappeared once again. “They were heartbroken,” says Bauer.

Several weeks passed when a former shelter volunteer spotted Chloe another 40 miles away. The determined group teamed up again just as a violent storm hit, driving a scared Chloe into an abandoned barn. Miraculously, once she recognized her captors, Bauer recalls she was “very happy to see them.”

“She is still afraid of new people and is slow to warm up, but she LOVES living in a house with a big yard to play in, and there are ALWAYS foster pups to care for and keep company. When a pup comes in that is not healthy, Chloe self-appoints herself to take special care of it and share her bed.”

Even if it means she takes the smaller one.

In her down time, one of Chloe’s other favorite “jobs” is investigating incoming grocery bags, because there’s always something special in there just for her.

This sweet senior girl will live out her days in her dream home, alongside several other “misfit senior dogs.” Chloe welcomes them all with the same love and care she always deserved. 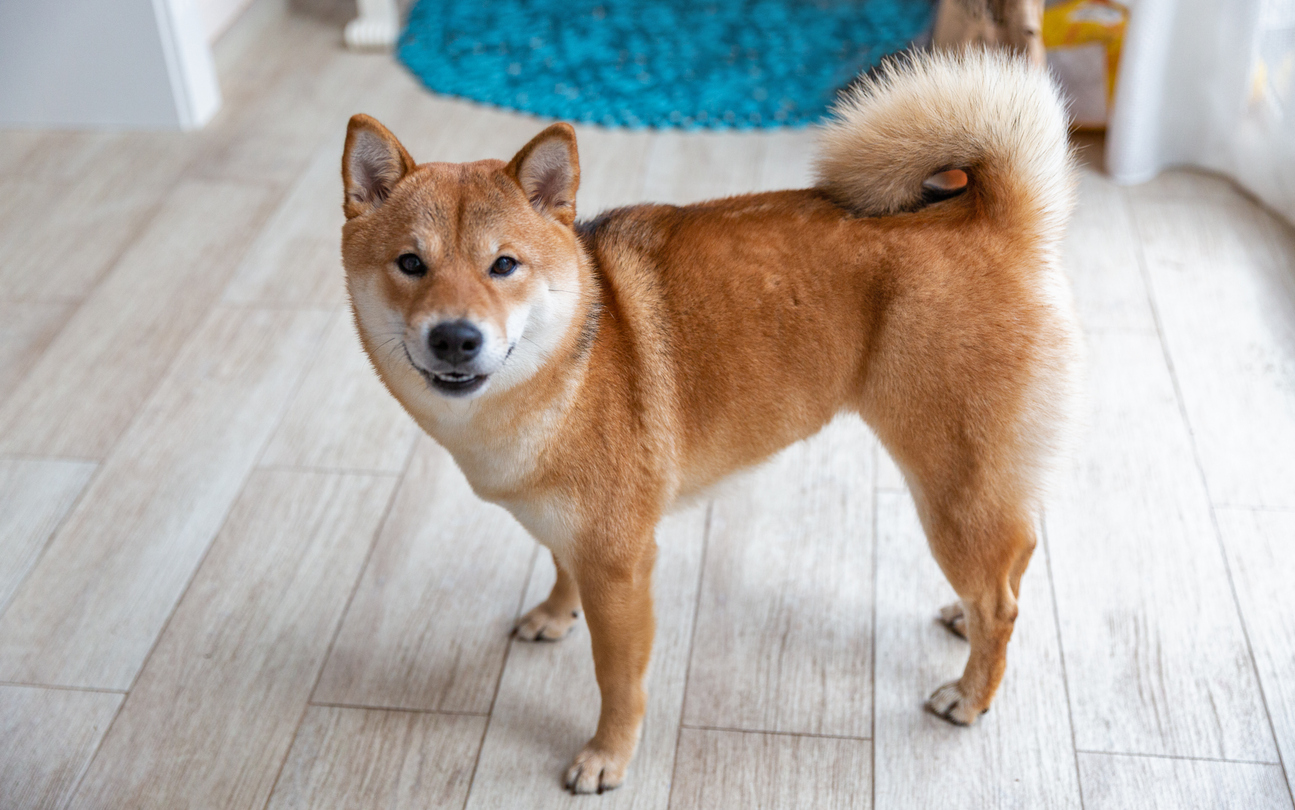