After a long and difficult road, two near death experiences, and a whole lot of heartache, Clark Kent, a gray and white ball of love, is ready for adoption. Clark Kent was likely surrendered by his owners – and later nearly euthanized – because of the facial masses that protrude from his round little head. He was saved by Kylie Edmond, Co-Founder of Rock & Rawhide, who saw something special in a dog whom nearly everyone else had given up on. (He even appeared on the BarkPost‘s inaugural #PitBullFridays live-stream video and charmed the pants off the whole team.)

After months of worry, the remarkable veterinarians at The Animal Medical Center donated their time to working pro bono for Clark in his neutering and bone mass biopsies. For his first birthday, Clark has received the best possible diagnosis: his masses are totally benign and will cease growing when he grows into an adult dog.

What his former owners saw as a curse is now what makes this sweet dog’s face so rare and expressive. Whoever adopts Clark will recognize the beauty in his differences; this dog is one of a kind, both on the outside and on the inside. He is so loving and gentle, Edmond suspects he would make a phenomenal therapy dog for children, perhaps even children who look a bit different, like he does. 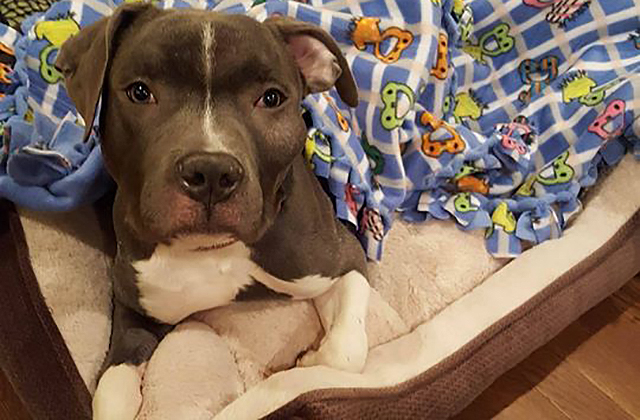 Clark is currently being cared for at Hotel for Dogs in Middletown, NJ, and while he is loved and cherished there, he is still homeless and looking for forever. On March 7th, he will move to Instinct Dog Behavior & Training, where he will learn all sorts of fun things.

Edmond is trying to raise money via GoFundMe so Clark can stay there for 30 days (don’t worry, he’ll still be available to meet potential forever families!) and become the best dog that he can be. If you’d like to contribute to Clark’s training, please do so here. Or if you’re interested in adopting Clark – even better! – contact Kylie at [email protected] or [email protected] 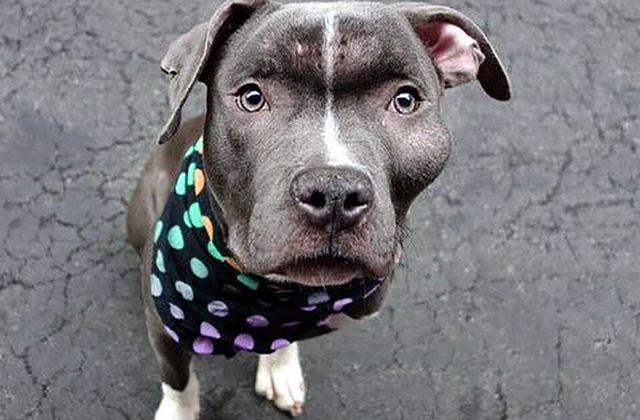 You are also welcome to stop by Hotel for Dogs to take this sweet guy or one of the other homeless dogs housed there out for a fun walk. Clark and his buddies there are craving love, and although he had a rough start in life, we see nothing but happiness for his future.