Home » Fun » Can Your Dog Smell The Truth About A Troublemaker?

Can Your Dog Smell The Truth About A Troublemaker?

Have you ever noticed your dog start acting weird for no apparent reason? Maybe they start barking or growling at nothing, or suddenly get a bit skittish around a particular person. It’s a bit spooky, right? Due to their heightened senses, dogs have the innate ability to sense things that humans cannot. Historically, this has led people to believe that dogs are able to sense the presence of evil supernatural forces such as spirits, demons, and witches. Today, society’s image of what is evil has shifted from the supernatural to the psychological. With this change comes a new form of evil: psychopathy.

If dogs were thought to be able to sense evil spirits and witches, does that mean they’ll be able to tell when they’re around a modern evil, such as a psychopath?

For a dog to be able to tell if a person is a psychopath, that would be mean that they can sense something about the mindset of a person. We know their senses are strong, but are they strong enough to read minds? In short, yes. Dogs are actually able to gather information about a person’s state of mind, but they do so in a way completely different from humans. I’m sure you’ve heard stories of dogs that suddenly became protective of their owner when they were around a person who wished them harm, even before they had made a move. When a human is acting aggressive, or “evil”, the brain transmits certain chemicals, such as adrenaline, that can cause a person to begin to sweat. Dogs are able to pick up on this minute change in the scent of your body and made inferences about what’s to come. In situations like these, the dog is at a heightened state knowing that someone around them is on edge. Interestingly, psychopaths are the exception to this. One of the defining characteristics of a person diagnosed with psychopathy is that they do not experience much emotion. Dogs judge our mindset based on the emotions we display, such as fear, anxiety, or anger, but a psychopath doesn’t display these in appropriate situations. Due to this, they don’t exhibit the same bodily reactions when they display aggressive or “evil” behavior. This means that regardless of the situation or their intentions, a psychopath’s mental state would be calm and even, giving a dog little to pick up on. If your dog notices nothing out of the ordinary, they will treat a psychopath like any other even-tempered person they interact with. 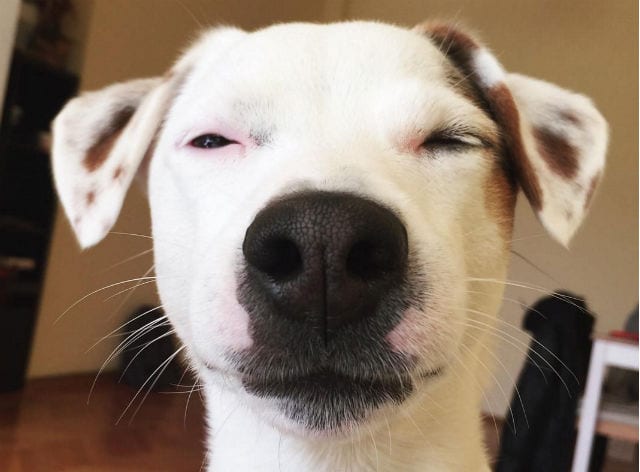 The exception to this would be if a psychopath is displaying aggressive behavior, but in that situation, your dog’s response would be the same whether or not the person was a psychopath. It’s nice to think that our four-legged friends could potentially unmask the evil around us, but, unfortunately, psychopathic behavior defies even a dog’s heightened ability to sense danger. Our dogs can offer us protection, but we will have to leave the real crime fighting up to the two-legged professionals.