Home » Fun » This Dog Was Rescued And Reunited With His Family After Surviving 300 Ft. Fall

This Dog Was Rescued And Reunited With His Family After Surviving 300 Ft. Fall

The McInnes family went hiking with their dog last Thursday at Gosseberry Mesa when they had a huge scare: Toby jumped off a cliff! He fell 150 feet before tumbling down another 150 feet. 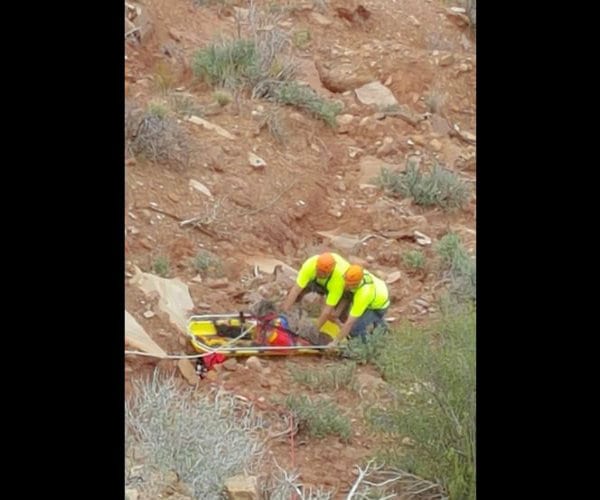 Toby’s owner Ben McInnes says he thinks Toby may have seen something off the trail and leapt off the cliff to go after it. He told KSL:

For a split second you hope that he landed on something, but I knew there was nothing over there. It was awful. You could hear him sliding and bouncing and yelping.

However, what could have ended in disaster and heartbreak had a happy ending instead. The McInnes family called search and rescue and first responders came to help 75-pound Toby back up the cliff. When I made the 911 call, the dispatcher couldn’t guarantee anything, that they would come and rescue. So, we sat out on the ledge and waited for about an hour before we got a call from deputy Cashin that said, ‘I have five guys en route.’ And it’s because of their measures that [Toby’s] still here, for sure.

The McInnes family were right to be worried. Deputy Darrell Cashin from the Washington County Sheriff’s Office said that dog rescues aren’t a normal part of their job. But they were determined to help poor Toby and felt that they were the most qualified people to help Toby without hurting him further. And though it wasn’t a part of their job, Cashin said seeing Toby reunited with his family was payment enough. Mike Thomas wound up getting to Toby and carried the 75-pound pup back up to be happily reunited with his family. He wound up with injuries to his head, brain and eyes and had some scrapes and sore muscles, but he’s back with his family and resting comfortably. 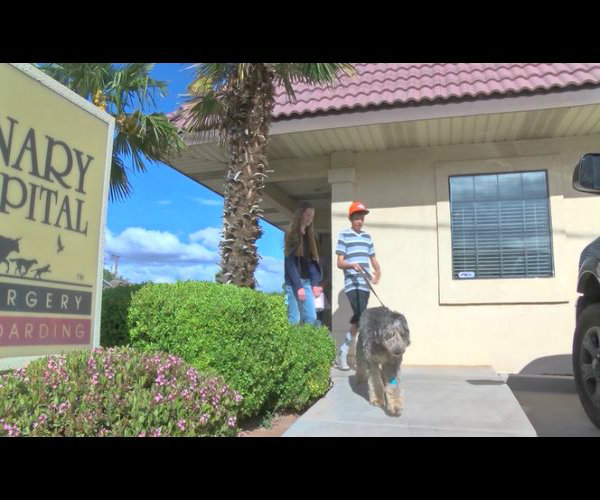 Hiking with your pup’s a great idea. It’s great exercise and dogs love being out in nature. But make sure your dog is close to you the next time you decide to bring your pup on a hike.
Featured image via KSL-TV
H/T: Fox News and KSL