Ask any dog owner, and we’ll bet they have at least one story about their four-legged friend performing a feat normally reserved for superheroes. They may not (always) wear capes, but dogs have several super powers that humans can only dream of having.

1. Smelling The Smallest Treats When Near Or Far A dog’s sense of smell is anywhere between 10,000 and 100,00 times better than humans, which means they can smell things we can only dream of. To put this in perspective of eyesight, if you could see 1/3 of a mile straight ahead, your dog could see 3,000 miles ahead just as clearly.

While this supercharged nose can be used to help out humans, dogs also take advantage of this power for less heroic purposes. Have you ever come home from the grocery store with one of your dog’s favorite treats? The second you walk in that door, you are at the mercy of your dog’s nose and no packaging is going to thwart their ability. They can tell the moment their favorite food is nearby and they don’t waste a second looking for it!

2. The Detection Of Illness In Sick Hoomans 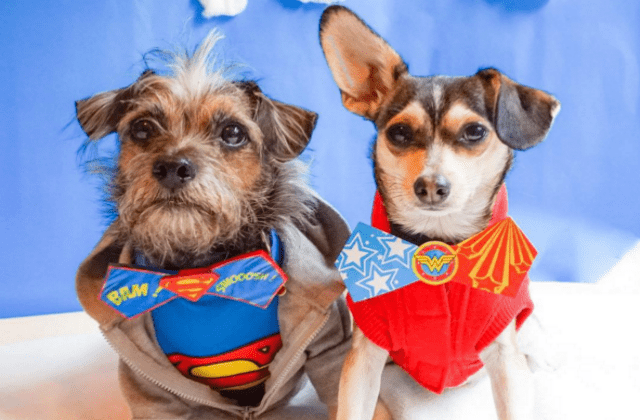 A dog’s nose may be good for sniffing out a hidden treat, but they also use their super hero sniffing ability to help us humans. Amazingly, dogs, both with and without training, are able to detect illness in their human companions. While some dogs require formal training, like those trained to warn their owner about an oncoming epileptic seizure, other dogs can warn of us changes in our body due to illness, like cancer.

There are countless stories of dogs that have picked up on biological changes in the body resulting in cancer. Knowing that something is off, these dogs often persistently draw attention to a certain body part until their owner can no longer ignore the signs they are sending. Okay, dogs can’t actually read your mind per say, but they are pretty darn good at reading your behaviour and making inferences about your future actions based on it. The reason for this is dogs use eye contact and follow their human’s gaze to determine what their owners are thinking. They’re so good at it that you don’t even have to say a word and your dog will often know what your next move is.

If you ask us, it seems like this ability is heightened when something unpleasant for the dog is about to happen, such as being given a bath. The second they see you look at them, then the bathtub or towel, they’re hightailing it out of there! 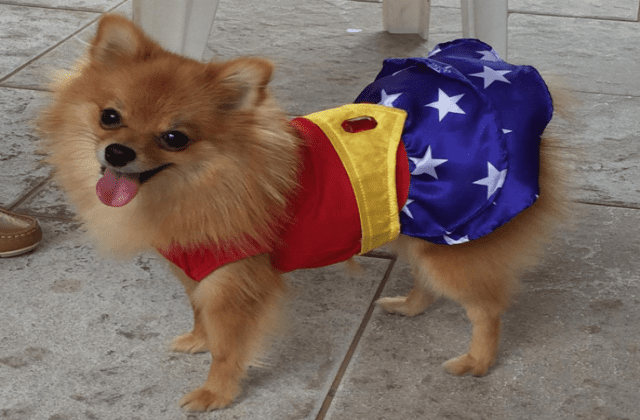 This is one of your dog’s more spooky super powers, as researchers today are still unsure about exactly how it works. After every natural disaster, stories begin to pop up about people who were warned about the upcoming event by their pet’s unusual behaviour.

Researchers are not yet sure exactly how dogs, and other animals, are able to sense natural disasters before they happen, but there are a few theories. Some believe that they can sense chemical changes in groundwater that occur before earthquakes, while others believe that they can hear very low-frequency rumbles created by natural occurrences, such as earthquakes or volcanoes. These are also numerous researchers who believe that dogs use their strong sense of smell to detect changes in the air before disaster strikes. Either way, if you start to notice your dog acting weird, you might want to check the weather channel.

5. Finding The Way Home Without A Map For those of you who are chronically lost, even with the help of modern technology, this is one doggie super power you might wish you had. Dogs are often able to find their way home, even from long distances.

The crazy thing about this is that dogs don’t need to have walked the route before to be able to find their way back, so how do they do it? Not surprisingly, a lot of this internal GPS is due to dog’s keen sense of smell. If your dog is in familiar territory, they are able to follow their own trail back home. Don’t worry though; your lost pup will do just as well in an unfamiliar territory by keeping a nose out for familiar scents. Once they identify a familiar scent, they are able to follow it until they find another familiar scent, eventually making their way home

6. And Last, But Not least, The Ability To See Their Own Farts I’m really not quite sure when this super power would ever come in handy, but it certainly would be entertaining. For some reason, researchers from the Rochester Institute of Technology were curious to see how dog’s brains reacted when they were exposed to the sight of gases from their owner, a stranger, other dogs, and themselves. From their spot in the MRI machine beside a window, the dogs observed the gases being released in the next room and when their own farts were released, their brain lit up. Interestingly, this didn’t happen when they saw the gases of their owner, a stranger, or another dog! So there you have it, six amazing dog super powers that humans would only dream of having. While some may be more entertaining than others, you never know when one of them might come in handy.