Home » Fun » People Said This Dog Was Found Sleeping At His Owner’s Grave; The Real Story Is Far Better

People Said This Dog Was Found Sleeping At His Owner’s Grave; The Real Story Is Far Better

A story went around about how Decker the Pit Bull came to be needing a home. It’ll rip your heart out.

This truth here is pretty powerful, too. Decker was said to have been found about a year ago, sleeping on his owner’s grave in a Long Island cemetery.

The young dog was brought to the Brookhaven Animal Shelter, where he was loved by staff but — the story goes — abandoned by his extended family, who never came in for him.

This story traversed the Internet recently. How could it not grab a lot of attention, when it stirs up such strong emotions? (I’m not crying. You’re crying. OK, I’m crying.) 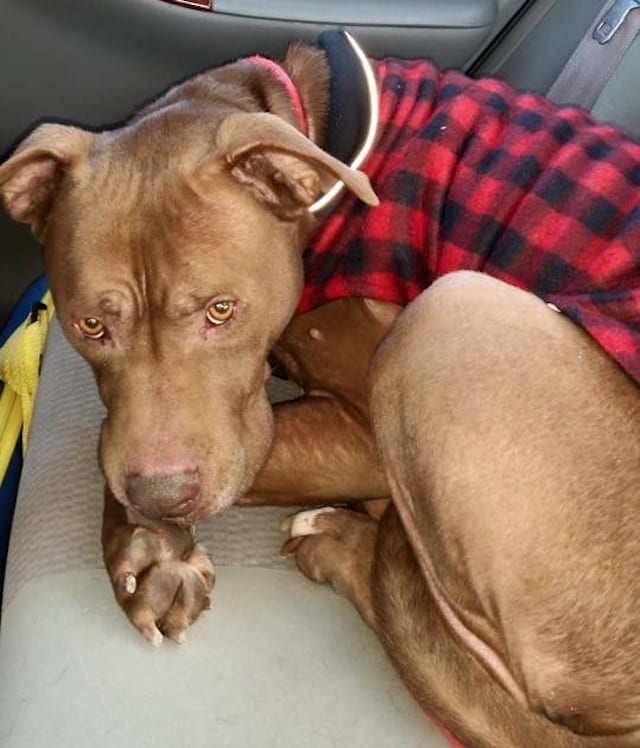 Alas, the story’s not true. There was no grave, no extended family members who forsook this dog.

“Someone on Facebook just made up that sad story to get attention for him,” shelter director Ashley Boyd tells BarkPost. “Decker was found as a stray in our township.”

What’s true is that Decker spent a year in the shelter, where staff and volunteers adored him. What’s not to love? Decker’s easygoing and housebroken, and loves napping curled up on a blanket. He will also tolerate being dressed up in funny hats. But the tragedy is that dogs with Decker’s style of blocky head can have a very hard time finding a home, due to things like untrue negative stereotypes, landlords who won’t rent to families with Pits, laws that prohibit the keeping of Pits, and other cards stacked against dogs who look like Decker.

On top of that, this guy has to be a single pet and, Boyd says, “has some skin issues.”

So for a long stretch, potential adopters passed Decker by. That all changed on Monday, when Decker got a brand new true story that isn’t so flashy, but to our mind beats any fiction: Decker got adopted.

Boyd says Decker’s new family heard the compelling tall tail backstory — and are aware it’s more yarn than reality. Being fact-oriented, they spent a lot of time with Decker making sure he’d be a great fit. Which he is.

“The new adopters are amazing. We are thrilled that he found such a wonderful home, as it was always clear that he would be a great dog in a home.” Boyd has some other shelter long-timers she’s hoping will also get their moment to shine.

Elijah is a handsome, high-energy dog who’s been at the shelter for three long years. Truffles is an affectionate couch potato who arrived in 2013. 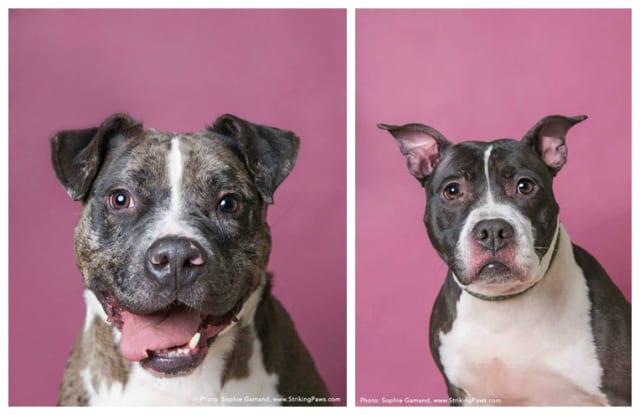 Elijah (left) and Truffles (right) are on the market!

And then there’s Norman, another dog who got to the shelter in 2013. Norman has a true story just about as sad and moving as Decker’s fake one.

“He was found curled up on a recliner someone was throwing out with their trash. He was covered head to toe in scars.”

Norman is healed up now. He’s great with other dogs, not to mention charming, loving, and fun with the humans.

Norman doesn’t need any high drama now. He doesn’t need anything big, grand, and cinematic. What Norman needs is very simple: for someone to recognize him as the treasure he is, and take this good boy home.