Home » Fun » Flying Robots Are Feeding Puppies. Here’s What You Need to Know

Flying Robots Are Feeding Puppies. Here’s What You Need to Know

The future is now, and it comes in the shape of drones delivering…dog food.

That’s what went through our heads when we first saw this video.

So, the reason why Google bought drone maker Aerospace this spring has suddenly become clear: in an exclusive story by The Atlantic, Google’s development lab, Google X, revealed that they are ready to enter the drone-delivery race. Clearly, they’re going to give Amazon a run for their money with what they’re calling Project Wing. We have to already give Google major props because of all the items they could choose to deliver in their test run flight, they decided on dog treats.

Don’t believe us? Well, here’s the hoomans calling the drone… …And one excited doge already licking his chops in anticipation. Is it here yet? 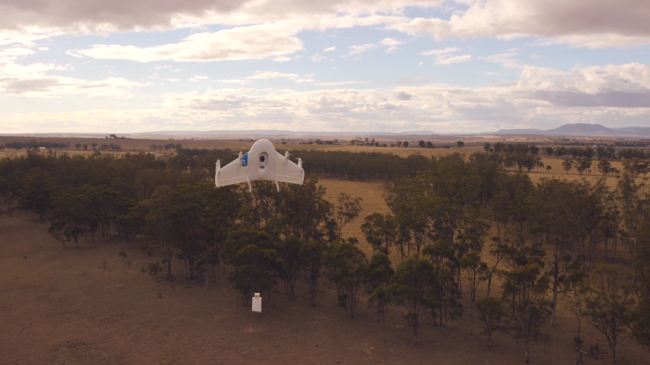 For more on Project Wing, pretty shots of these sleek dog munchies-toting machines, and one furociously futuristic pooch, check out the video below:

h/t to The Atlantic