We share a lot of stories about animals who have been rescued from a life of cruelty. Our hope is that we can encourage people to take action by writing their legislators, speaking up when they see an act of cruelty and also by adopting pups from rescues. The internet as a whole plays a huge role in raising awareness about the mistreatment of animals and driving change to protect those who cannot protect themselves. It’s likely that the social media attention around animal cruelty over the past few years played a part in a 2014 decision by the FBI that will finally take effect next year.

The FBI will begin specifically tracking animal cruelty as a “crime against society” and a Class A felony. The fact that the FBI is targeting animal cruelty is important in itself, but the designation of a “crime against society” highlights something many people overlook – animals are sentient members of our society. Hurting an animal doesn’t just hurt that one animal, it hurts all of us. 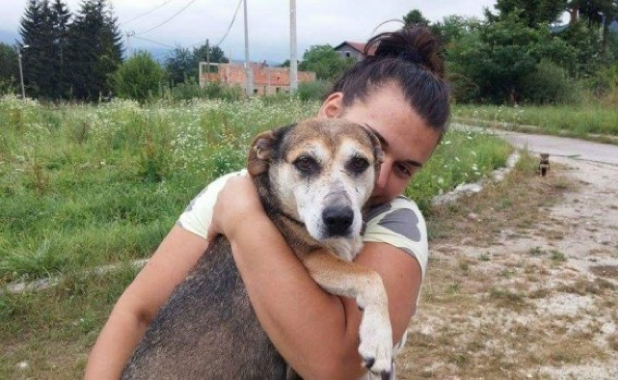 Previously, crimes against animals were lumped into the National Incident Based Reporting System along with every other offense across the country. Now, the FBI can track how frequently these incidents occur and where in the country they happen. The data will also show whether or not animal cruelty is on the rise. Additionally, this move will shed light on the connection between animal cruelty and other violent crimes. Many serial killers begin their acts of violence as animal abusers, a fact that likely played a huge part in animal cruelty becoming a class A felony.

“In animal abuse, you have total power over the animal. If you’re willing to exert that in a cruel, malicious and vicious way, then you’re likely to do that to people, too, who don’t have power, like children and vulnerable adults. It’s an issue of a lack of empathy.

This change has been a long process. It took one year for the FBI to update their databases for the new classification and it will take another year before analysts will have enough data to examine. After that, it will be least five years before the FBI will have the statistics they need to identify any trends in animal cruelty.

Although we won’t see the effects of this new classification for quite some time, we are so happy they are finally giving these crimes the attention they deserve—and finally calling them what they are, a crime against society.