2017 cannot get here fast enough. And not because I’m behind on “realizing stuff,” but because as soon as 2017 gets here, so does the pipin’ hot Australian Firefighters Calendar! The organization has been releasing some sneak peeks and behind the scene shots to their Instagram and Facebook page, and believe it or not, these hunky heroes’ hearts are even bigger than their muscles. Since the calendar’s launch in 1993, the dudes from down under have raised over $1.3 million for the Children’s Hospital Foundation and the burn unit at Westmead Children’s Hospital. But those sculpted abs and chiseled arms aren’t snuggling fluffy puppies just for fun, because portions of the 2017 calendar’s proceeds will also be donated to the Royal Society for the Prevention of Cruelty to Animals!

Here are some of our favorite pecs… uh, I mean “pics”… 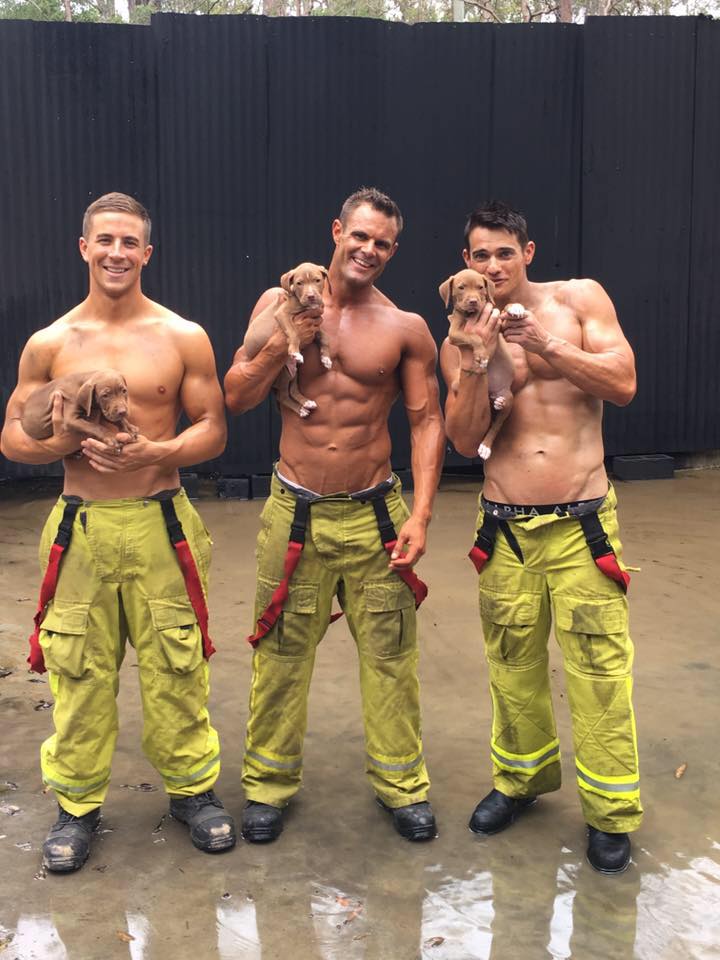 2. The puppy at the far right has the right idea. 3. But that pit mix has an even better idea. 6. Only this guy can start and prevent forest fires. Aussies can adopt the pups featured in the calendar from Save Haven Animal Rescue! No word yet on the firefighters, but if anyone has any information on how to take one of them home, I would love to know

Buy some Firefighters calendar swag here here to support the pecs, the paws and a really great cause.