Dennis the Collie is just like any other pup. He loves to play, receive pets, and sniff butts. Unfortunately, many humans looking to adopt a new pup didn’t look twice at Dennis, simply because he looks a little bit different. 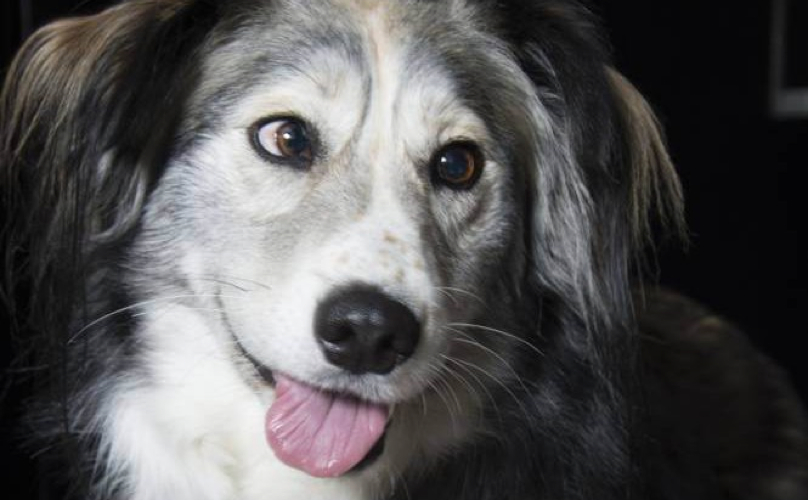 Dennis has strabismus, a condition which makes him look cross-eyed, however it has minimal affect on this eyesight. Still, dozens of people passed by the sweet boy during his stay with Dogs Trust.

Some people will overlook any dogs that have a slight health problem or appear different, and even with his striking good looks and fun personality Dennis was often passed by.

That is, until he met Liz Parkes. Liz instantly fell in ruv with the Collie’s pawsonality.

He seemed like a real character when we first met him at Dogs Trust and he has certainly lived up to this. There is never a dull moment when Dennis is about, he is always up to mischief and we absolutely wouldn’t have him any other way.

Thanks to Liz, Dennis now has a home and a canine brother named Milo. The two are BFFs. 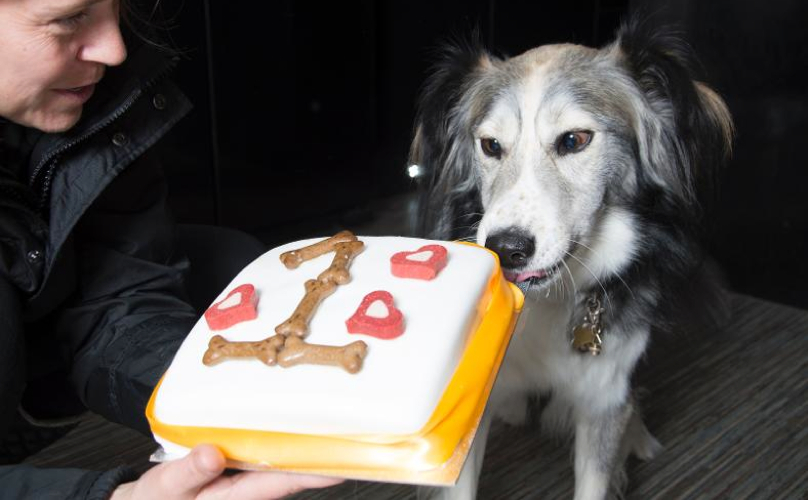 Liz and her partner, Nathan Bates, threw Dennis a huge party in honor of their one year anniversary as a family. As you can see, the pup was thrilled with his Gotcha Day cake!

Happy anniversary, Dennis! We’re so glad that you found your forever family!