Rosie, AKA Rosabella, AKA Rosadoodle, has an important job to do – she’s a therapy dog. She makes life better for those people who need it most. If a person’s spirits are down – say, at a hospital, a nursing home, or a school – she swoops right in and lifts them back up with her calm, soothing demeanor and expert ability to be petted. Nobody gets pets quite like a therapy dog.

Rosie and her mom, Shana Horn, have in the past year alone visited The New York State Psychiatric Institute, The Jewish Home at Rockleigh, and The Friendship Circle of Bergen County. As the aforementioned institute is located in Manhattan, they’ve had to utilize the New Jersey Transit express bus to get there. See, Dogs can ride New Jersey Transit, but as with planes and most trains, unless they’re service dogs, they’re required to use a carrier to get to their destination. The carrier caused a bit of a problem for Rosie, because it added undue stress for her – and Shana – at a time when they needed to be calm and ready to de-stress people in need. Additionally, Shana said of the carrier:

Every item brought into the hospital had to be carefully monitored, which gave me much more to be on top of, and I had less flexibility in what we could do with the patients.

And so, she set out to make a change.

First, she called New Jersey Transit customer service, to no avail; then she contacted her mayor, who pointed her in the direction of New Jersey State Senator Loretta Weinberg. It was Senator Weinberg who got the ball rolling and made a difference. She understood that Rosie has an important job to do, and that being required to travel in a carrier was interfering with her ability to do that job as best she could. With the help of Senator Weinberg, Debbie Francica of the Senator’s office, and NJ Transit, Shana and Rosie were given a letter that allowed them to access NJ buses free of a carrier.

For now, State Senator Weinberg has said that there are no plans to enact a law that would allow therapy dogs the state over to ride buses, as New Jersey Transit has shown itself to be open to voluntarily allowing dogs access on a case-by-case basis. 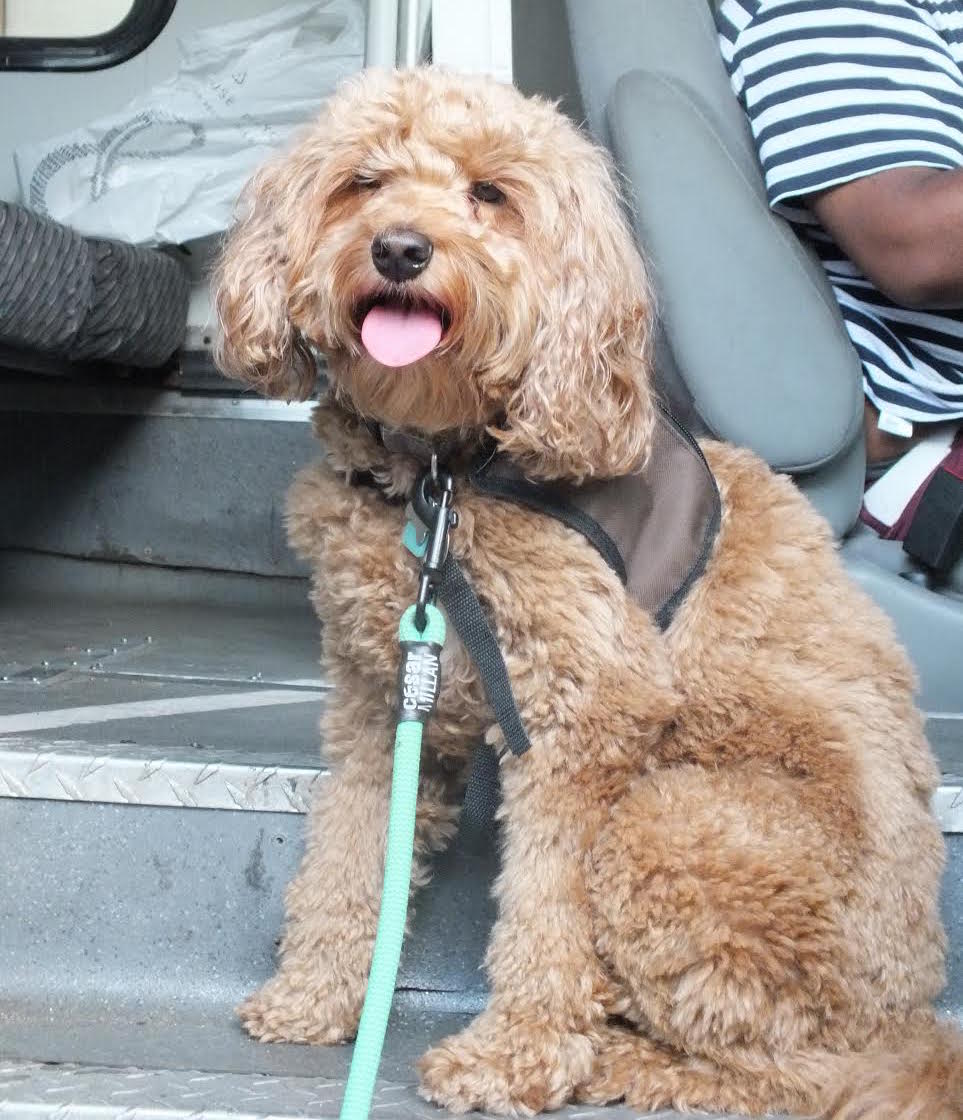 Rosie is a registered therapy dog through Pet Partners (formerly Delta Society). If you live in New Jersey, have a therapy dog, and would like similar access to the New Jersey buses, feel free to contact State Senator Weinberg’s office and/or Shana Horn for more information.

Also, if you’re confused about the differences between therapy, service, and emotional support dogs, please go here for more information.