Halloween is here, the one time of the year when everyone loves a good ghost story. But not all ghost stories are about human ghosts.

For thousands of years the howl of a wolf or a dog in the night has set our teeth on edge. Stories of frightening, spectral dogs run throughout history.

But not all ghost dogs are “scary.” Like all good ghosts, each of their stories is truly unique. 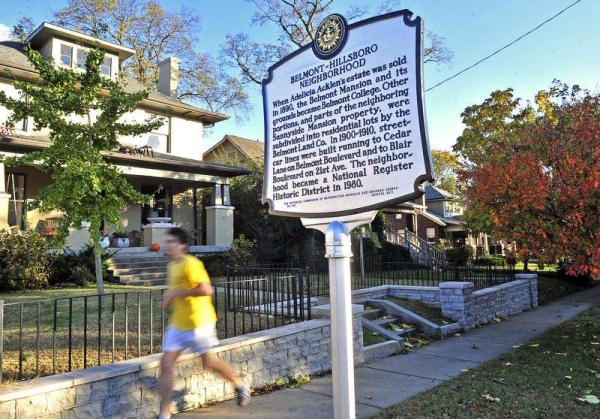 According to Ghost Dogs of the South, Preston the dog accompanied some trick-or-treaters when he saw a boy trying to pick up candy he’d dropped in the road. Preston saved the boy by knocking him out of the path of a speeding car, but Preston was hit.

Now every Halloween for the last 50 years, children have invariably reported being bumped onto the sidewalk when they step into the road while trick-or-treating or go too slowly from house to house. The blue ghost dog of Port Tobacco is said to be the oldest ghost story in America. The story dates back to the 1700s. The story says Charles Howard Sims was attacked by a man after a night of drinking and bragging about the amount of gold he had. Sims went down swinging, and with him was his dog, believed to be a blue tick hound or an English Mastiff. The two fell on a rock along the road, his dog valiantly fighting to save his master. The robbers buried the gold. But when they returned to get it, they were attacked by a large blue tick hound. To this day people say the hound watches over his master’s gold. A restaurant and bar takes its name from the Blue Dog. 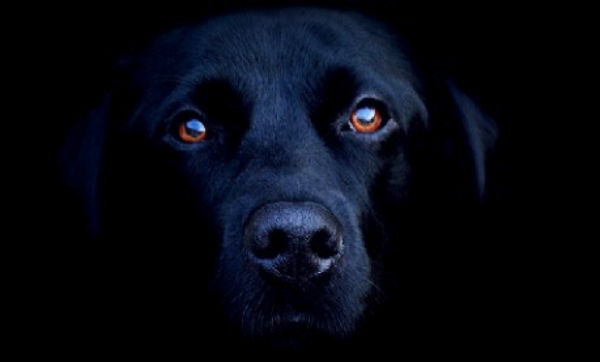 The Los Angeles Pet Cemetery is a 10-acre memorial park in Calabasas, California. It’s home to the famous and not-so-famous deceased pets of California. Among the animals interred here: Tawny, the MGM lion, one of the Peteys from the Little Rascals movies, Hopalong Cassidy’s horse Topper, and Kabar, Rudolph Valentino’s dog. Kabar was Valentino’s Great Dane. It’s said when the matinee idol died in 1926 in New York, Kabar suddenly let out a horrible howl. He was 3,000 miles away at the time. Kabar died in 1929 and was laid to rest in the cemetery. Since then, visitors to the pet cemetery report hearing barking and panting near Kabar’s grave. Some say they’ve even been licked on the hand.

Gettysburg, Pennsylvania is allegedly one of the most haunted places in America. The city is the site of the bloodiest campaign in the American Civil War. Thousands of people died, and so did at least one dog. Confederate Brigadier General William Barksdale was wounded while leading a charge and brought to the Hummelbaugh House. He died at the house and some say his voice can still be heard in the house.

Another story says Barksdale’s wife traveled to Gettysburg to bring back her husband’s body, and she brought his hunting dog with her. When the dog was taken to his master’s grave, he laid on the ground and started to howl. Even after Barksdale’s body was exhumed, the dog could not be moved from the spot, even for food. He died there. People say the dog still lingers on the grounds of the Hummelbaugh House, and on the anniversary of Barksdale’s death he howls in mourning. The Beauregard-Keyes House has been stranding in the New Orleans French Quarter since 1826 and has more than a few ghosts. But two particularly fluffy spirit animals stand out. Lucky was the dog of author Francis Parkinson Keyes. A Cocker Spaniel, Lucky died a few days after her master died in 1970. But Lucky still appears at the house, particularly in the room Keyes kept at the home.

Some would tell you Lucky’s not alone. Other animal ghosts may be in the home too, including a white cat that’s been seen darting through the house. The cat, named Caroline by the house’s caretakers, will apparently rub against people’s legs. 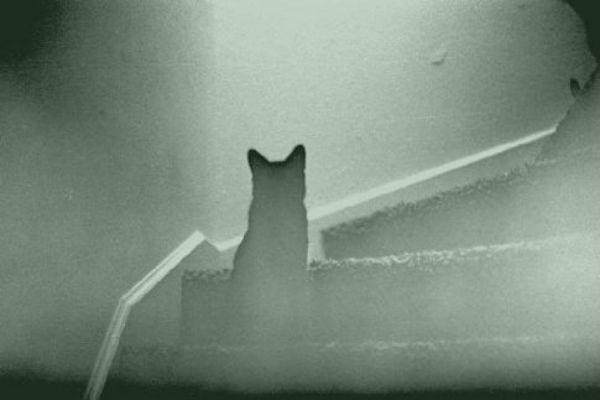 The Holly Hotel has numerous ghosts. One of them appears to be Leona, a terrier belonging to the Hirsts, who first owned the hotel. The dog can be heard running through the halls, and brushing up against people’s legs. The hotel is now a restaurant. 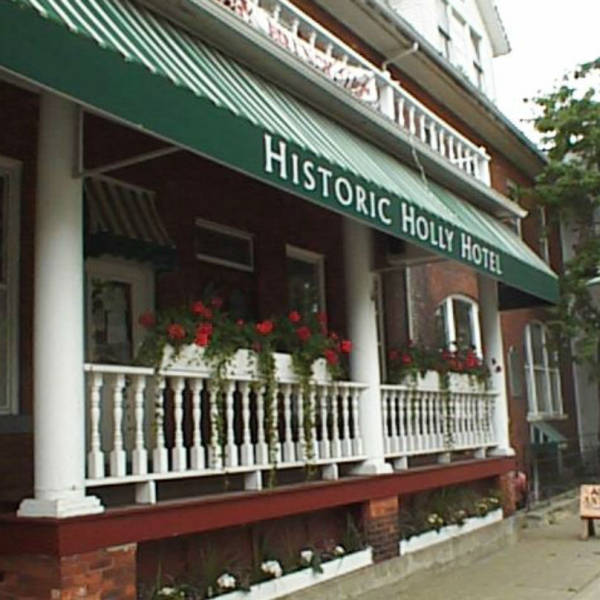 7. Scaponia Park, Oregon – Horse Thieving From Beyond The Grave…

In Veronia, Oregon there’s a story from the 19th century about a horse thief who met his end along the banks of the Nehalem River at the hands of a lynch mob. Apparently the mob was so angry at the thief that they shot his dog as well. Campers at now Scaponia Park have seen the thief and his dog wandering along the river. Poogan lived in a large Victorian house in Charleston. He loved to sit on the porch of the house. When the house was turned into a restaurant in 1976, Poogan stayed at the house and greeted diners. Poogan died in 1979 and was buried next to his porch. But to this day employees say they see Poogan napping in his spot on the porch, and some diners report feeling Poogan brush against their legs while they eat, as if begging for table scraps.
The restaurant’s name is Poogan’s Porch. Graceland Cemetery is one of the older cemeteries in Chicago. In the cemetery is a vault belonging to Ludwig Wolff. He was a German immigrant and coppersmith, and his unique vault is said to be haunted. One of the ghosts is a green-eyed dog that howls near the vault. No one is certain whether this was Wolff’s dog or the spirit of some other wayfaring canine. Featured image via For The Love Of Dog Blog