You won’t catch Rexi without a big grin on her face. After she was diagnosed with a neurological problem, a vet suggested Rexi’s family put her down. But even with her deformed legs, this 1-year-old Golden Retriever is still a happy-go-lucky pup. And now Rexi and her family need your help.

James Cassity and Rachel Woertink have had Rexi since she was just a pup. Everything seemed fine until she was about 10 weeks old. Rexi started limping. They assumed she sprained her leg and went to get some X-rays, but everything seemed to be normal on the tests. 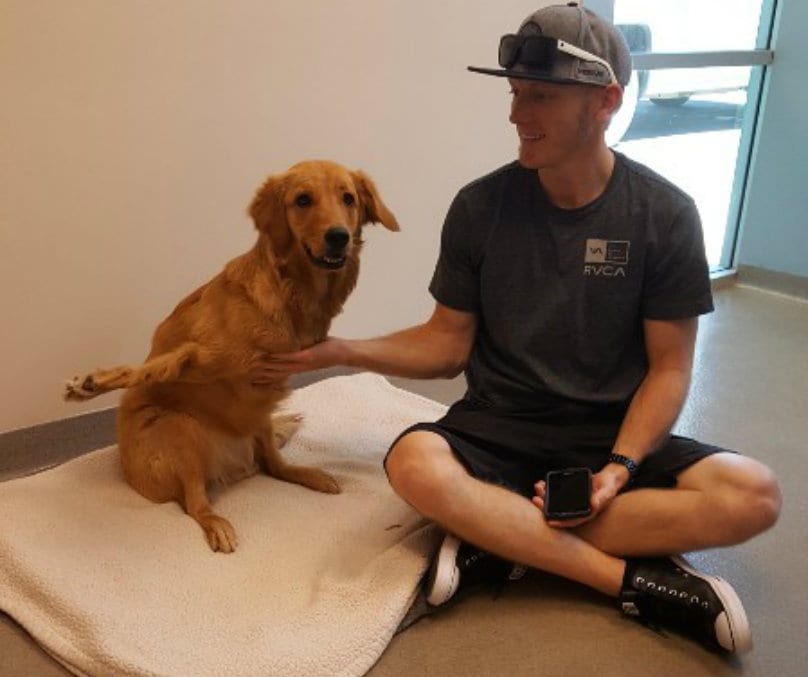 Unfortunately, Rexi’s problems were just beginning. Rexi quickly lost function of her two front legs. Now she can’t extend her legs up past her head. Instead, Rexi pushes her body around with her back legs and scrapes her chest along the ground to get around.

The vet wound up diagnosing Rexi with a neurological problem and even suggested putting Rexi down. But Rexi’s family wouldn’t do that. Rexi’s deformed legs weren’t going to keep her or her family down. “She is like family to us you know. We don’t have any kids so this is kind of like our kid right here and we treat her like that,” Cassity told ABC7. Despite losing function of her legs, Rexi’s a sweet pup who still loves to play. But that doesn’t mean she hasn’t had her challenges. Her owners have tried to help Rexi with a vest and a wheelchair, but those have presented their own set of complications. Rexi has hit rocks while using her wheelchair a couple of times, causing the wheelchair to flip over and Rexi to fall. Now, Rexi’s family is asking for help. They set up a GoFundMe page to find a vet to help fix her legs. They’re also looking for “any kind of invention, somebody who knows something about dogs missing their front legs or handicapped, maybe some kind of doctor who knows about a surgery,” Cassity told ABC 7. Since starting the page, they’ve already found a doctor and went on their first visit for an MRI and blood work, but the surgery will be expensive if they can do it.

Rexi’s family loves her and just wants to help her get healthy. “It wasn’t her fault she was born that way,” Cassity added, “so just trying to find something to fix her.”