Homeless Woman And Her Dog Take On Burglar Outside Cosmetics Store

Lottie and her dog, Marley, have been living on the streets of Oxford for more then five years battling the daily struggles of life. While she walks by the city’s residents, the only constant she has is the love of her pooch.

Last Wednesday, February 10, a local handmade cosmetics store, Lush Oxford, was burglarized. The thief stole a laptop and the equivalent of $1,443 in cosmetic supplies. While most stores would assume they would never see their merchandise again, the employees at Lush were shocked when Lottie stepped through the door holding a box of their stolen goods.

According to BuzzFeed News, who spoke to store manager James Atherton, Lottie took matters into her own hands and “tackled” the criminal (we’re sure Marley helped, of course). 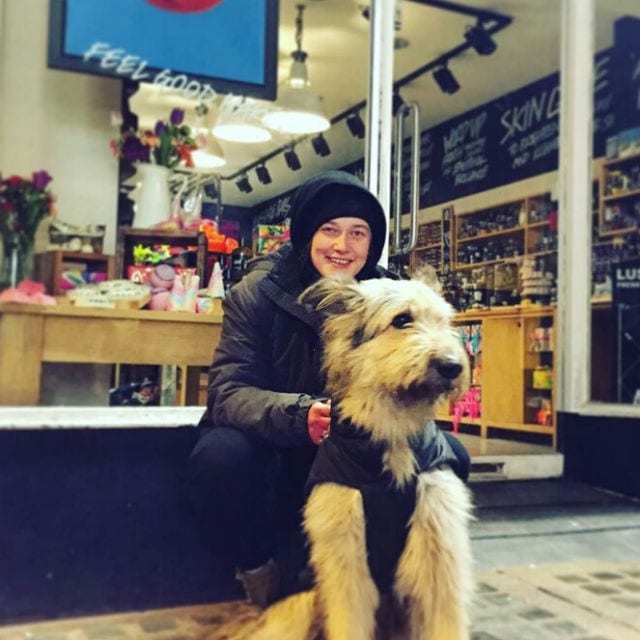 The funny thing is, it seems like Lottie and Marley are something like an unofficial security team for the store. In the report, Atherton described the Oxford area as a big family and said that Lottie knows everyone that works in the store. He also said that he always felt safer with her outside his store and that he believes that she knew that the man did not belong.

For one reason or another, Lottie decided to do a selfless (though dangerous) thing that in many ways could have ended very differently. And for her bravery, Atherton and his employees have decided to get Lottie and Marley the much needed help that they deserve by starting her own GoFundMe page. Amazingly, it is already within reach of the £10,000 goal. The very committed staff at Lush Oxford has said they will be sitting down with Lottie and Marley to determine her needs and wants to help her accomplish them. They have also emphasized that any additional monies will go towards homeless charities in Oxford.