Dogs are constantly amazing – their unwavering loyalty, endless love and relentless curiosity are gifts to witness. While all dogs are exceptional in their own right, these pups featured below are truly something else. Prepare to be inspired, wowed and downright moved by these miraculous pups.

Roosevelt was born with malformed front legs making running impossible. His pup parent had the idea to try a doggie wheelchair and it was a resounding success! Roosevelt is able to run in the park, explore the woods and even pop a wheelie.

Harper had perhaps the roughest beginning to a life imaginable –  born deformed, unable to walk or hold up her head, someone left her to die in a trash bag. Luckily, a shelter worker discovered Harper and became her savior. Though veterinarians thought she had little chance of survival, her pup parent took her home and the next morning, to everyone’s astonishment, she stood up! Today, Harper is thriving, gaining strength and mobility each and every day. As a puppy, Naki’o was abandoned in a foreclosed home. He was found in the cellar in a pool of ice water. He suffered frostbite and all four feet and the tip of his tail had to be amputated in order to save his life. A veterinary assistant fell in love wih Naki’o and adopted him. She raised funds and had Naki’o fitted with bionic paws. He adapted wonderfully to his new paws and is able to run and play. 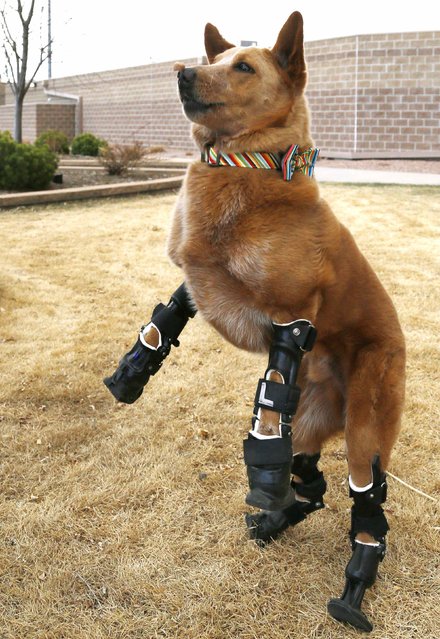 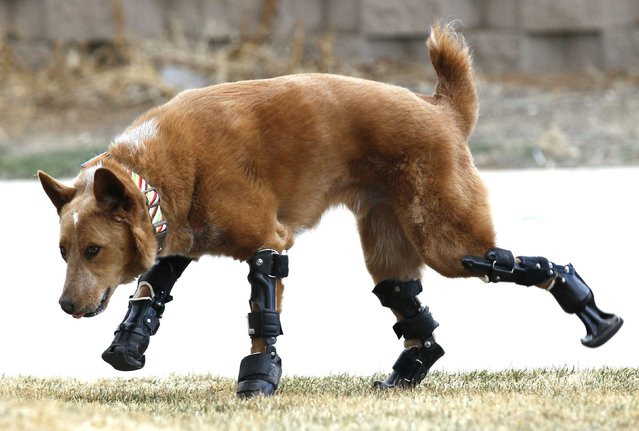 It is reported that members of a drug gang chopped of Lemon Pie’s paws to practice torture techniques. He was then thrown into a dumpster and left to die. Fortunately, he was found and taken to a shelter that rehabilitates dogs who have suffered extreme abuse. He was fitted with prosthetic limbs and can now run, even sprint! 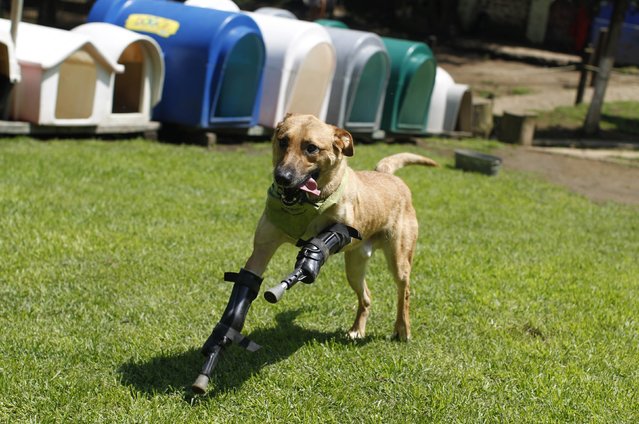 An incurable spine disease left 11-year-old Billy unable to use his back legs. But, with the help of a doggie wheelchair, Billy is proving that old dogs can learn new tricks!

Peaches was found flea-ridden with a severely broken jaw. After a three-hour surgery, veterinarians were able to repair the break and wire her jaw. With her jaw healed, Peaches immediately started to eat again and began the road to recovery.

Hope was born without front legs and while she managed to get around by hopping, experts worried that it would ultimately cause damage to her spine and bones. A special device was designed with spring-loaded prosthetic arms and a custom-fitted chest plate. At first, Hope found herself tipping to one side, but practice made perfect and she soon mastered her new wheels. 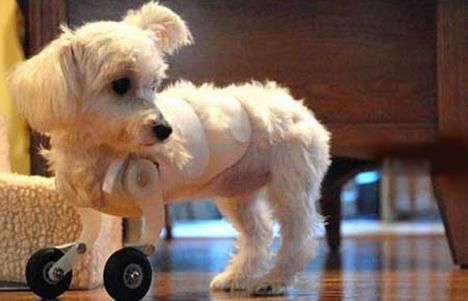 A robber, posing as a delivery man, invaded Kilo’s home and when the loyal dog came to his parent’s aid, the robber shot him in the head. Kilo was rushed to the animal hospital and miraculously, an x-ray revealed that the bullet entered his head, bounced off his skull and exited without causing any severe brain injuries. The brave companion was able to return home with his grateful parent. 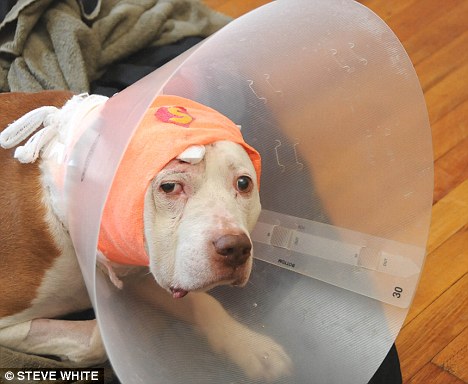 Many thanks to Dog People of Livingston Parish for sending us this story! <3 <3 <3   Featured images from Yahoo News and The Dog Files.