Home » Fun » This Dog Made A Scene On Live Television And It Paid Off, Big Time

This Dog Made A Scene On Live Television And It Paid Off, Big Time

You might remember this scene-stealing pup who changed weather reporting forever and stole the hearts of, well, everyone by crashing an NBC station. 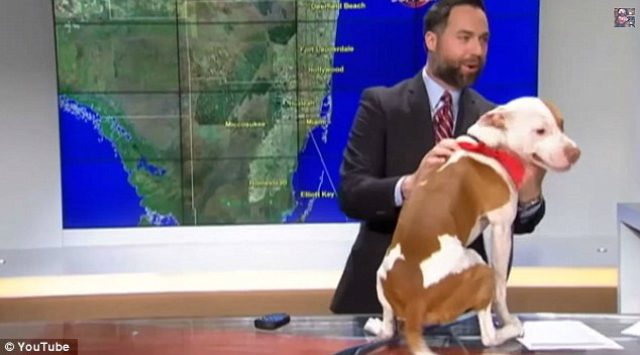 The velvety supawstar was supposed to wait for his cue to appear in a segment called "Pet of the Week", where he was to be featured as one of the adoptable pooches available at Florida animal shelter Pooches in Pines. But the lovabull dog couldn't resist running out to smooch meteorologist Ryan Phillips while the cameras were rolling. And with a pawsonality like that, it's no surprise that this tail-wagging ruv monster has been adopted! Check him out with his new doggy siblings below!
h/t to NBC Miami