You have the right to remain silent—but we bet you’re going to make all sorts of undignified squealing noises instead.

Spartanburg, South Carolina police officer Cody Garrett has basically arrested the internet with this photo of himself with a teeny, tiny kitten recently rescued by a fellow cop from underneath a dumpster. 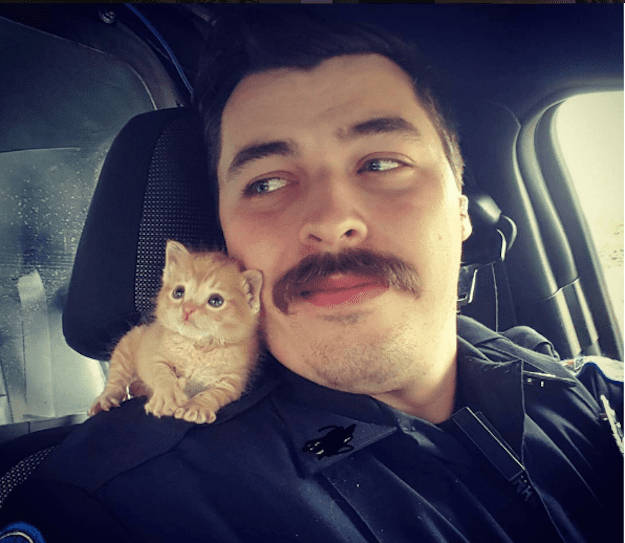 Garrett has a cat at home, Toothless—named for a cartoon dragon, not for her dental issues— who’s recently given birth.

He figured Toothless could handle one more little one. 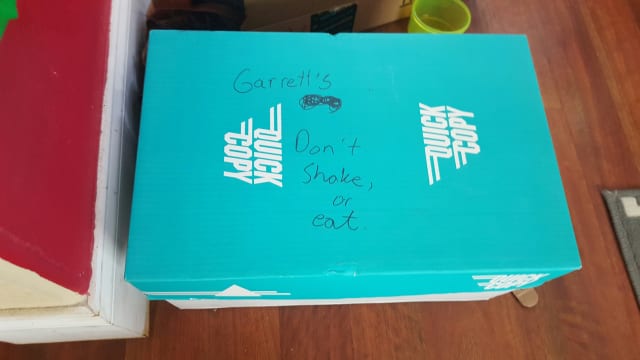 So he put the wee girl in a box and took her on home, where she made herself comfortable (and also promptly emitted a yellow stream of poop, which got her the name Squirt).

“She needed a mom so it worked out,” Garrett said to ABC News, one of the approximately 40 million news outlets that have become justifiably obsessed with this cop and kitten love story. 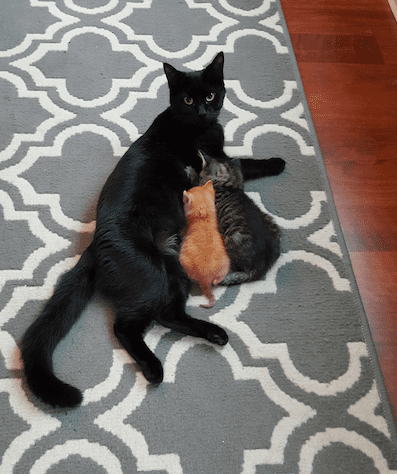 But he is also a big time dog guy, who is regularly rescuing canines on the job.

Like this sweetheart, one of two puppies “that someone had beat up and poured beer on,” he says. And this Pit Bull here—who “was called in as a ‘very vicious dog attacking people,'” he recalls.

“I got out on that call with my shotgun ready to put it down if it charged me, but it ran up and started licking my face.” Garrett has two rescue dogs at home, too—Mike Wazowski, who has one eye like his Monsters, Inc. namesake, and Sicilia. Both dogs have taken a shining to little Squirt—or, rather, have taken to shining her with their tongues.

“They lick her and treat her as one of their own,” he says—promising to send photographic proof at some point in the near future, but in the meantime you’ll have to make do with a pic of him and Squirt wearing Photoshop-enhanced matching facial hair. Garrett is hoping that his newfound fame will help improve the image of law enforcement officers.

“I like the focus being on police in a positive light, rather than negative,” he says. “I just wanted to show that we’re regular people that like animals, have families, play video games, etc.”

It seems to have worked. Well, at the very least, he now has some committed admirers. The good news is he swears that Toothless is getting spayed. Featured image via Donut Operator, where you can also follow Squirt and Garrett’s photogenic lives