More than 25,000 dogs call Landfill Park their final resting place. At least 700 tons of bodies are nestled among 5 million tons of trash, and photographer Shannon Johnstone manages to fill the atmosphere with hope. She’s been snapping pictures of shelter dogs at this location since 2012, hoping to raise their voices a little louder. When Johnstone began volunteering at the Wake County Animal Center (WCAC) in North Carolina, she quickly realized the truth lurking within most kill shelters. Overpopulation is no farce, though many people still don’t understand the grim reality, and it is the reason for the shelter’s constant turnover of dogs. Johnstone tells us:

Each week brought a new set of animals. I kept wondering where they all went and I really wanted to create a project that addressed the issue of animal overpopulation… At this time a documentary project called “Breeding Ignorance” came to life, though it had the exact opposite effect she had hoped for. Instead of encouraging a positive response toward spaying and neutering, people began posting the images out of context to “reveal” the cruelty of kill shelters. So-called “kill” shelters, also called “open admission shelters,” are required to accept all animals, and simply don’t have the space to continue accepting without making room. “The real difference between “kill” and “no-kill” shelters,” says Johnstone, “is not whether the animals are euthanized, but who has to do it.” When the Landfill Dogs project began, an average of 39 new animals were arriving each day. 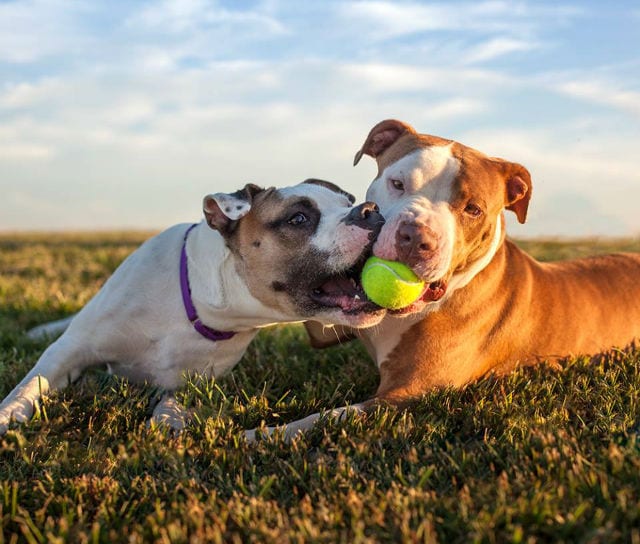 “I think of Landfill Park as a burial ground,” she says. The photos are not meant to dwell on death, rather, their freedom and beauty strives to emphasize the needs of the living. And so it was that this mass burial ground became the backdrop for the shelter’s at-risk dogs.

I want to present their spirits as alive, happy, and running free. I want to give them one more chance to find a home before they end up buried in a landfill with our broken dishwashers, broken promises, and other sour remnants of home. Johnstone’s photographs manage to capture the dogs’ true selves. No matter how hopeless they may be feeling, the single hour the dogs spend in the grass and sunshine makes a world of difference. The fate of one chosen “Landfill Dog” came as a pleasant surprise to everyone when his adopter emerged as a surprising but familiar face. 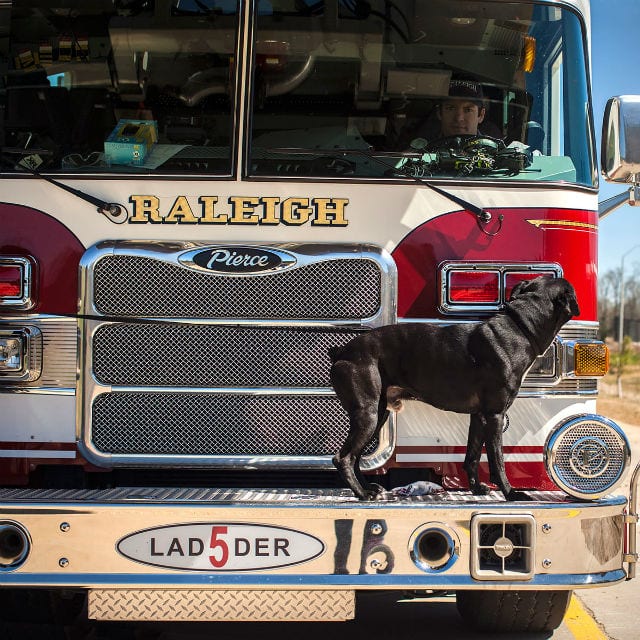 Willie, a 6-year-old Pit Bull, stopped to check out a passing firetruck after his photoshoot. It was the firefighter driving the truck who came back a few days later to take him home.

He told Johnstone it was “meant to be,” and he just couldn’t stop thinking about the friendly pup after he saw him that day at the park. Willie (now Jack) had “withdrawn from humans and was depressed,” but now he’s enjoying his days as a beloved family dog. Another Landfill Dog named Harley was spotted on the project’s Facebook page by a woman who lived 8 hours away, but refused to let the 10-year-old gentleman spend another day in the shelter. “She arrived just before they opened so that she would be first in line to adopt him (she was the only one in line),” says Johnstone. “The woman is an end of life nurse, and said she wanted to make sure Harley only knew love for the rest of his days.” It’s these stories that make Johnstone’s forays to Landfill Park totally worthwhile, and getting to spend an hour with the pups each time is an unbeatable bonus. She won’t ever claim to be these animals’ sole hero, however:

[T]he shelter staff is one of the most dedicated, passionate, and compassionate group of people I have ever met. I am very proud of my county’s shelter (Wake County Animal Center). Landfill Dogs has received a lot of attention, which is great for the animals, but behind the scenes there is a team of people who make the happily-ever-after stories happen. 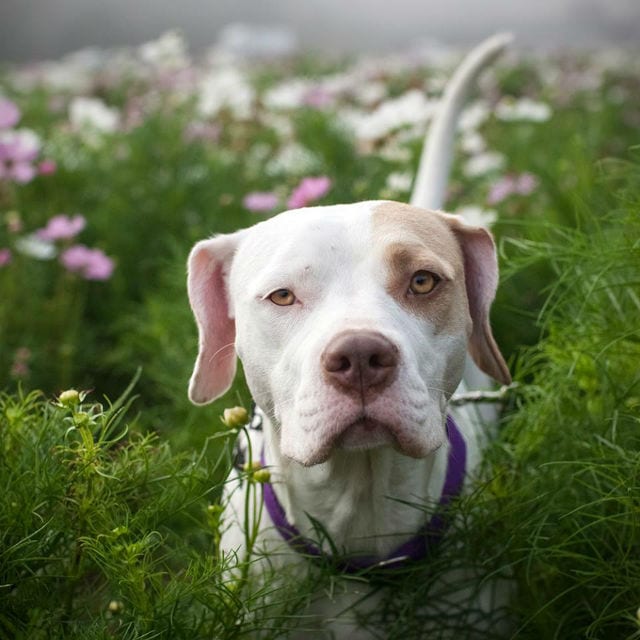 Wake County Animal Center’s most overlooked dogs—and the thousands upon thousands that fall by the wayside in the U.S.—deserve more of our efforts to help stem overpopulation. If we learn anything from Johnstone’s beautiful photos, it’s that these dogs have too much life and love to give to end up as one of those 25,000.

Visit the Wake County Animal Center adoption gallery to meet all of the adoptable goofballs, and check out the Landfill Dogs website and Facebook page for more amazing photos. Landfill Dogs is now in book form too! That’s 204 pages of smiling faces, flying bodies, and carefree canines raising their voices at Landfill Park.