How To Pick The Absolutely Perfect Name For Your Pup

There are lots of fun things about having a dog, not least of which is coming up with the perfect name. Maybe you had a name picked out before you even met your pup, or maybe you’re two months in and still indecisive. It can be hard to make a decision so permanent and significant. Below, you’ll find a guide to help you pick the perfect name! Fear not, dog lovers, there are ideas here for every taste and every pup. Personally, I looove when dogs have old people names. I find the classic names of yesteryear to be unique and regal. Who doesn’t want a gentleman dog named Albert, Eugene, Seymour or Walter? How about a lady dog named Agatha, Alma, Flora or Harriet? Find some good guys’ names here and girls’ names here.

SOMETHING FROM YOUR CHILDHOOD 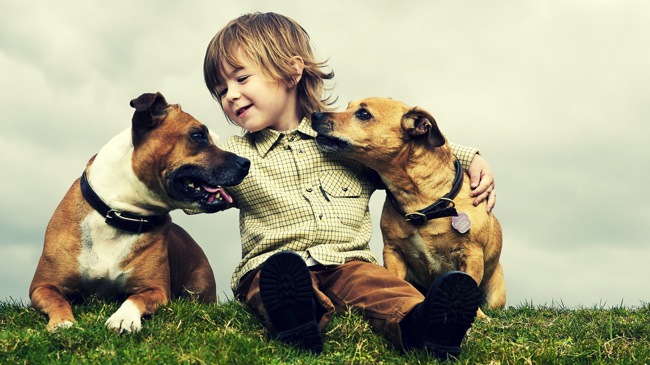 Childhood is a common source of nostalgia. A friend of mine named her dog after the street she grew up on. I named my own dog after a cliche opening line in books I read growing up (“somewhere in the distance, a dog barked” – I named him Somewhere, thus turning it into “somewhere, a dog, barked”). Stroll down memory lane and see what clever names you can come up with!

NAME BASED ON LOOKS Is your dog brown? How about the names Brownie, Rolo, Chocolate, Coffee, Cocoa, Sienna, Chestnut, Caramel or Fawn? Black? Blackie, Onyx, Coal, Ebony, Sable, Inky or Noir. White? Snow, Snowflake, Sugar or Ivory. The options are endless. Try doing a search for your dog’s coloring and look for synonyms. If you’re dog is striped or spotted, look for those synonyms or consider naming them after another animal that has the same sort of coat. Does your dog have any special markings or identifiers? Is your dog super big or super small? That could lead to some inspiration too.

STEAL FROM THE FAMOUS Have a favorite ‘famous’ dog? Whether it’s from real life (Tuna) or from Hollywood (Lassie, Blue), you can likely find inspiration in the form of notable dogs. Check out these internet famous pups and these movie and TV dog names. Love books? You could name them after a famous author’s dog (Jack London had a dog named Possum) or after a dog in a book (like Argos from Odysseus).

YOUR HERITAGE OR FAVORITE PLACE Homesick? Consider naming your dog after your hometown, state or country! Want to honor your heritage or a foreign land you love? Consider giving your dog a foreign, but understandable, name like Pierre, Fritz or Kaiser. Irish and love the water? Try Murphy, which literally means “off the sea.” Try Googling dog names of your favorite country or common words used in the language. Who doesn’t want to think about their favorite food all day? Think how happy you’d be to run around the dog park yelling “Pizza!” Okay, that one is a little weird. But if Apple was good enough for Gwyneth Paltrow, it’s good enough for us. We also like Alfalfa, T-Bone, Bacon, Fish, Bagel, Lemon, Biscuit, Blondie, Kale and Peaches, to name a few. See some good ideas here and here.

THE NAME YOU WANTED TO GIVE THE KID Around the age of 11, my parents told me that they went back and forth for ages over my name, finally settling on Loren but forever loving Autumn (and being doomed to never be able to use it, as I was the only girl). Since I knew pretty early on that I probably wouldn’t have kids of my own, I named one of my first dogs Autumn instead. The name fit her perfectly! So, if you and your partner have any discarded human names, there are some immediate contenders.

NAME BASED ON PERSONALITY If you’re willing to spend some time with your pup before naming him or her, consider giving them a name based on their personality traits. Maybe they skip down the hall every time you come home (Skip) or have a funny bark (Bowzer). Maybe they’re super patient waiting for food or treats or with your young kids (Patience) or maybe the have the best overall disposition you’ve ever seen (Happy). Love to sleep all day? Snoozy! Loves to be right next to you? Cuddles! Won’t stop peeing by the door? Puddles! You get the idea. Maybe just don’t name your dog Sir Humps A Lot. Or do! Who are we to judge? 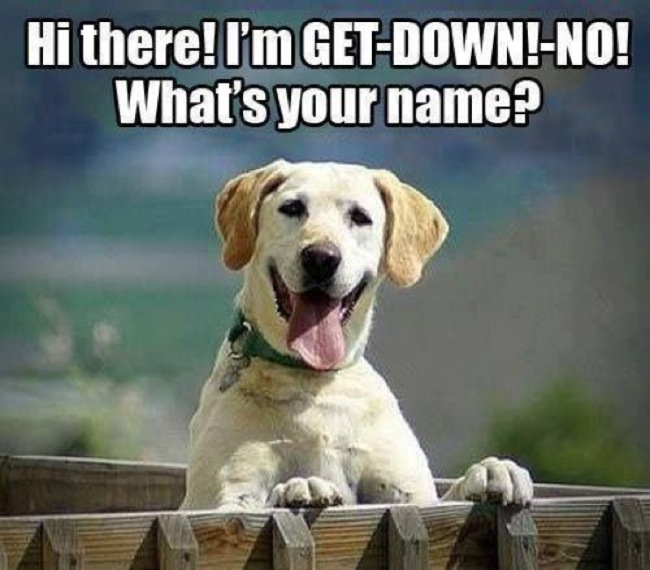 If you’re adopting your dog from a shelter or rescue, your new BFF likely already has a name assigned to them. If you love the name already, feel the dog is already attached to it, or simply just cannot be bothered to come up with anything different, you’re in luck! Another idea? I can’t tell you how many dogs I’ve met lately called Puppy. Or Cat. Maybe that seems stupid to you, but I actually think it’s cute and funny. Then there are the classics like Fido and Rover. In any case, you go with any of these and the decision has been made for you. And sometimes, that’s the biggest blessing of all.

Dog people, what have we missed? What do you call your best friend, and how did you come up with their name? Tell us your naming stories in the comments below.