I was talking with a good friend of mine about what it was like to grow up with a Golden Retriever. "It's like being right all the time," he said. And he's totally on the money. I mean, when you own a dog that's this cute, this playful, and more loyal than Hodor to Bran, how can you go wrong? 1. First off, owning a Golden is like owning the cuddliest, most adorable teddy bear in the world. "I mean you just mowed the lawn so perfectly, I HAD to roll around in it, ya know?"
[/caption] 5. They're easy to train. 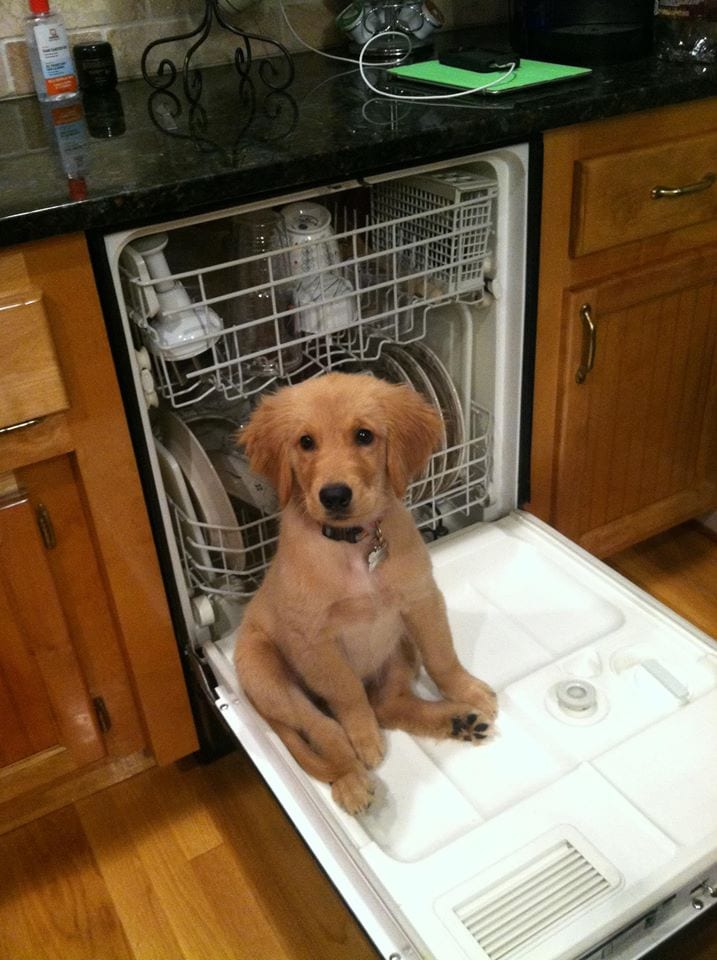 "I know you just scratched my face but...I forgive you"
[/caption] 9. And can fall asleep in some pretty interesting places. 10. They're not very picky eaters "I will hereby be referred to as 'Hefty: Lord of the Seal Dogs'"
[/caption] 13. But that just means there is more belly to rub! "I'VE COME TO SAVE YOU HOOMAN!"
[/caption] 20. But best of all, they're just all around sweethearts.