21 Things All Rescue Pup Parents Know To Be True

I don’t think I’m going to be able to get through this post without crying. And you know what? If you’ve ever had a rescue dog, you’ll completely understand.

On a cold January afternoon, I walked into a vet’s office where the terrier my mom and I were going to be fostering was being kept since no one wanted him in their house. Out from the back walked this tiny black terrier thing, with too long of legs and too short of a tail, covered in dandruff because he was so scared. It was love at first sight. Jack is no longer with us but it’s safe to say that rescuing a dog creates this bond that changes both of you for the better.

On that only slightly depressing note, here are 21 other things that rescue pup parents know to be true:

1. You have absolutely no clue how old your dog is, and that’s okay.

The vet said mine was around 11 years old… three years in a row. 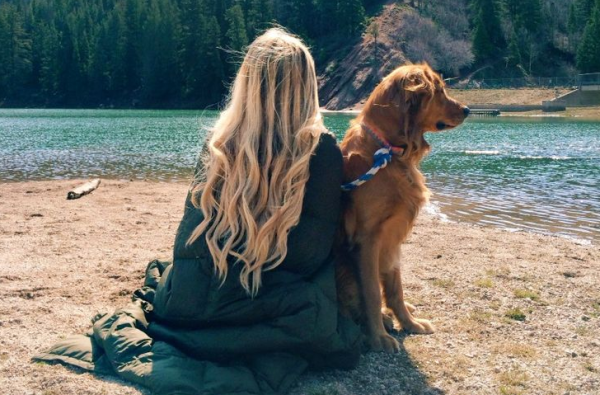 2. You and your pup have been through some rough times, but you’ve come out stronger for it. 3. Sometimes your dog might be slightly-strange looking, but you think they’re the cutest thing in the world.

This was my rescue. Check out those legs. 4. You swear that adoption fee was the best money you’ve ever spent.

$150 poorer, but your life just got so much richer. 5. You consider the rescue organization/kennel you adopted your pup from to be absolute angels and talk them up every chance you can.

They are heroes. End of story. 6. You’ve spent quite a bit of time trying to figure out what your pooch looked like as a puppy.

They were definitely cute. 7. Your pup completely opened your horizons, and you love it. 8. You’re not always sure how they’ll react around strangers and those interactions can run from hilarious, to… let’s just leave it at hilarious.

9. You’ve gotten pretty used to answering nosy questions like “how do you get by without knowing their medical history?”

Somehow you get by. 10. And you’ve also mastered an answer to the one question you get all the time: “What breed are they?”

Basically a combination of every breed. Ever. 11. Your dog might have some weird quirks (like being scared of sunglasses), so you’ve adapted to keep them happy.

No sunglasses for you. 12. The day you adopted your rescue was one of the best days of your life.

And you spent approximately $604593045 at the pet shop the adoption fair was at. 13. You may have experienced what it’s like to have a dog run away for the first time, and it wasn’t fun. 14. The tone you use when you say “He/She’s a rescue” changes to fit the situation. 15. When you’re really bored you try and imagine what their life was like before they came to you.

Jack came from the woods of North Carolina, what the heck was he doing in there? 16. You get extremely excited and have a few rescue pup only accessories. 17. You now know what true, unconditional love really is.

18. You’re pretty proud of the fact that you’ve given your dog a second chance at life. 19. You may or may not have one of those Who Rescued Who bumper stickers. 20. Now that you’ve rescued one dog, you are strangely determined to keep adopting more.

They all need homes! You can just tell by how excited your pupper gets when you come back after being away for a bit.