Home » Fun » After Spending Years At A Fur Farm, Wolf-Hybrid Gets To Be The Dingus She Was Born To Be

After Spending Years At A Fur Farm, Wolf-Hybrid Gets To Be The Dingus She Was Born To Be

Zoey is a little more than 50% wolf, yet that was enough to land her and her siblings at a fur farm in Illinois. They’d spent their entire lives there, until the farm lost its license, yet continued to operate illegally. After authorities raided the farm, they had no idea what to do with Zoey and her siblings. It’s illegal to keep a wolf dog as a pet in Illinois. Officials had to separate the pup from her pack and she ended up at W.O.L.F. Sanctuary in Colorado. Although she was in a safe haven, she suffered severe separation anxiety and stopped eating. She was afraid of everything, including people, because of her traumatic past. 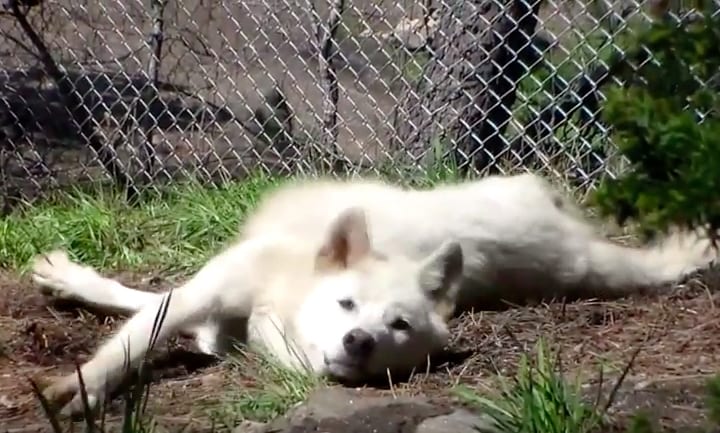 Soon, she found a friend in a fellow wolf named Pax and her true personality started to come out. Sanctuary workers soon discovered that Zoey was a huge prankster who likes to steal items from her human handlers. The humans of W.O.L.F. think this behavior is so hilarious that they put together a compilation video so the whole world can enjoy her antics.

The lesson we can all learn from this video is that even the dogs who seem the most helpless never lose their spirit. It’s in there somewhere, looking for the right humans to help them heal. We’re so glad Zoey found those humans at W.O.L.F. Sanctuary.

You can find information on how to get involved with the sanctuary’s work via their website.