With countless dogs passing through shelters each year, it’s a shelter staff’s top priority to find the right forever family as quickly as possible and minimize the length of a dog’s stay. However, there are a number of factors that determine how long a dog will wait to find the right family. We recently had the pleasure of chatting with Dr. Alexandra Protopopova, a professor at Texas Tech University, specializing in the behavior of shelter animals. Through her research, Dr. Protopopova has pinpointed some specific behaviors that play a role in the amount of time a dog will spend in the shelter before adoption, as well as things shelter staff can do to increase a dog’s adoptability. 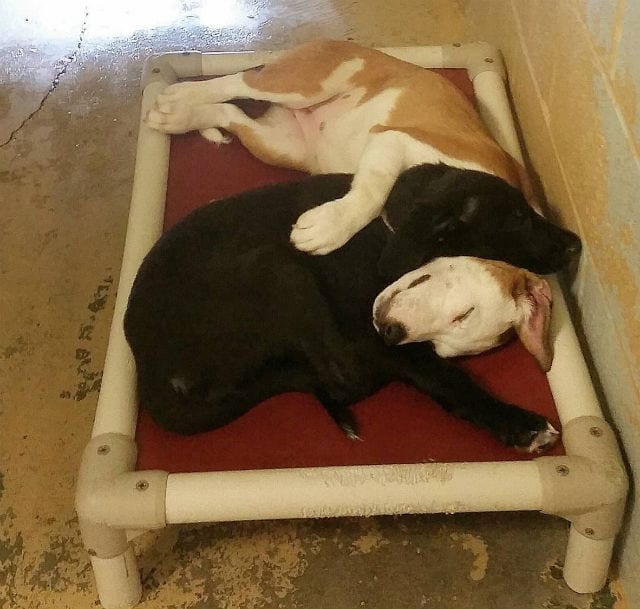 What is potentially even more surprising is the fact that behavior such as barking, jumping on the door, and sitting or lying down has no influence on potential adopters. When a dog does get to interact with potential adopters outside of their kennel, there are two key behaviors that increase their chances of being adopted: lying down next to the potential adopter and not ignoring play initiations. But in and out of kennel behavior wasn’t the only factor that increased a dog’s time at the shelter; their appearance also played a role. Unsurprisingly, puppies, small dogs, long coated dogs, and specific breeds will be adopted much more quickly. If we know that a dog’s behavior inside and outside their kennel is so critical, what can shelter staff do to help dogs display their most adoptable behavior? Believe it or not, Dr. Protopopova has found that something as simple as tossing treats into the kennel was sufficient to decrease, even virtually eliminate, undesirable in-kennel behavior. Interestingly, Dr. Protopopova found that ringing a bell, which has previously been paired with treats through Pavlovian conditioning, was able to reduce barking by nearly 70%. While the use of treats does offer excellent results, there are steps shelter staff can take to ensure that the interaction between potential adopters and dogs is as positive as possible. Prior to a dog being put up for adoption, shelter staff can do a quick toy assessment to determine each dog’s favorite toy and playing style. Then, when potential adopters are visiting with the dogs, advise them of their selected dog’s toy preference and show them how the dog enjoys to be played with. In the event that the dog does not feel like playing, all toys can be removed and the focus can be shifted back to treats to avoid having the potential adopter feel that they are being ignored. As the interaction progresses, shelter staff can invite the potential adopters to spend more time in close proximity to the dog by having them take a walk with a short leash and treats. By following this method of structured interaction, Dr. Protopopova found that dogs were 2.5 times more likely to be adopted. While most potential adopters understand that the dogs may be quite stressed in the shelter environment, this fact does not always seem to be taken into consideration strongly enough when choosing a dog. Many dogs that are perfectly adoptable are over looked due to their stress-related behavior inside and outside of the kennel. This again reinforces the importance of shelter staff to facilitate structured interactions that allow the dog to shine and make the critical connections with their potential new family. 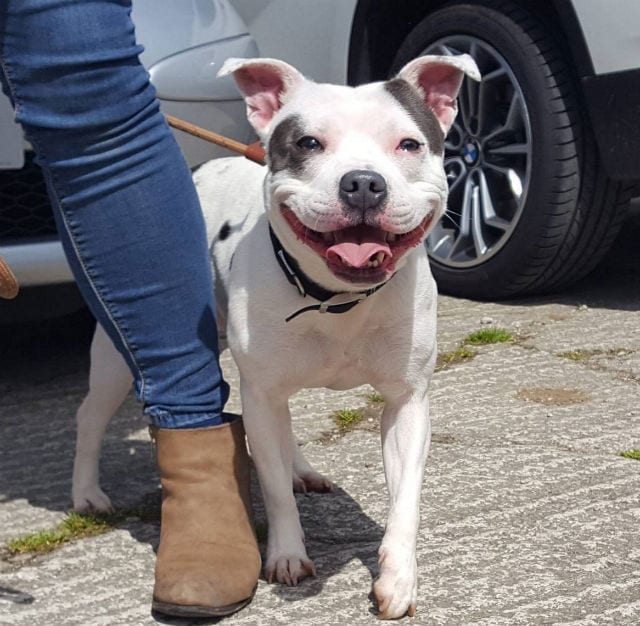 When it comes to the high stakes of adoption, shelter staff needs to be aware of both the positive and negative behaviors that can impact a dog’s chance of finding their forever home. Being able to identify and train dog’s to display good behavior both in and out of their kennel, shelter staff are able to help reduce the pup’s length of stay. It may take a little extra work, but we know that these deserving shelter dogs are worth it.

***Extra special thanks to Dr. Alexandra Protopopova for taking the time to share her fantastic work with BarkPost!***