Anyone who’s ever had the joy of bringing home a dog from a shelter or rescue (or heck, even from the side of the road!) knows what an incredible feeling it is to give those pups their first freedom ride to their forever home.

There are a lot of definitions for the term “freedom ride” depending on context, but in the world of dogs you can always trust it to mean the first car ride a dog gets to take on the way to their new home and new family after being in the shelter or at a rescue. It’s a term endearingly reserved for adopted/rescued pups, because it embraces their new life of freedom. And it can be incredibly transformative, as you’ll soon see below.

So let’s check out some pups before and after their freedom rides!

Heckin’ handsome pup, right!? Jethro was first found dumped near his new pet parent Kati’s home—reeking of garlic (Same, Jethro, same! We would be good friends.) and covered in mange. Jethro discovered the good life and now likes to play fetch, snuggle up in laps, and tear into some BarkBoxes!

Babygirl just got her forever home a few months ago! You go, BG! She was dumped by a breeder in Oklahoma and covered in mange. With the help of Purcell Animal Shelter together with Brown Paws Rescue, she was whisked away to Wisconsin where she would find her forever home! Pet parent, Gabriella tells us that BG has a fondness for BarkBox burritos!

Check out this stud muffin! Erwin (a.k.a. “Woo”) had been found tied up to a fence outside Stray Hearts Animal Shelter in New Mexico. Here, he took up long-term residency as he worked through some issues until he was ready for his forever home with pet parent and best friend, Sarah. He’s now enjoying all the spoils of life on some grand adventures. Woohoo, Woo!! (P.S. Omg please zoom in on his name tag! 😆)

Sadly, Myles is no longer with us, but a dog’s love stays with us forever. Fly Away Home Rescue found Myles wandering the streets of New Jersey, emaciated and hardly standing. Once home with pet parent Tracy, Myles’ cool new hair made him feel invincible—giving him the confidence to not only walk, but also to run, and play, and frolic! One of Myles’ favorite games was “falling” into the pool just so he could get fluff-dried with a towel. This isn’t goodbye, Myles. It’s see you later.

Frankie was picked up off the mean streets by animal control as just a wee pup. He’s now a big ol’ boy and enjoying life with his pet parents and 4 doggy siblings. We can’t say for sure, but if the other pups in this fam are anywhere near as adorable, they could conquer the world with their cuteness alone. Take whatever you want! Just let me boop that schnoz!

Y’all…..can we just stop for a second to appreciate Rusty’s transformation!! I mean, talk about shaking the rust off! His pet parent, Ashley, credits Mile High Lab Mission for nursing him back to health. Way to go, Rusty!!

Annie was found in the woods when she was just a puppy. She’s now enjoying life with her forever family. Annie’s favorite past-times include eating everything in sight, including her sister’s collar (while she was wearing it!) and hiding food in the cushions as a treat for later! We’re nominating Annie for her own show on the (Dog) Food Network, cuz we’d watch that show for sure!

We don’t have the entire story on Bentley, but we had to share such a distinguished gentleman! 😍 P.S. Word on the street is there’s a $500 reward for his missing teeth!

Sweet Ruby was hit by a car in Puerto Rico, but she found a new life in Maryland with the help of The Luving Paws Foundation and her pet parent, Madelynn.

Coqui is another world traveler who started her life as a stray in Puerto Rico, but hopped a plane to find her new life in Chicago! Hobbies include belly rubs, burgers, and being outdoors.

After losing 4 senior pets in the span of about only 6 months, Nicole had started looking at dogs online just to cheer herself up when she suddenly happened across Kenyon. “He was beautiful, but it wasn’t his unique coloring that attracted me to him… it was his eyes, his ears, and one of his shelter poses. His eyes reminded me of my dog Toby, his ears of my dog Pita and the pose, of my dog Luca,” says Nicole.

Sometimes the greatest gifts in life come flying out of nowhere—like out of the backseat of a car while you’re at work. This is exactly what happened to Duke. He was tossed from the backseat of a car into a Home Depot parking lot where, luckily, he was scooped up by his forever family. He’s now been living the cozy life with his doggy sibling, Luna, for the past 6 years.

This is Roxie on adoption day. She was found on the streets— malnourished and injured—but now she’s completed her transformation into a spoiled princess! We would definitely watch this Disney movie!

This gal’s a true southern Belle from Alabama. She prefers to keep her past a mystery, but she’s now learning to enjoy the snowy, cold Minnesota winters.

Baymax had been left abandoned—underweight and full of worms. After a little sprucing up, Baymax is loving his new life as a personal healthcare companion to his new pet parent. Good job, Baymax! *fist bump*

Guinea-Hen had a rough start. She was found pregnant, emaciated, and heartworm-positive when Homeward Trails Animal Rescue picked her up. She’s now enjoying that snuggle life with pet parent, Mary.

This is Chip. He adopted his pet parent, Natalie. No no, you didn’t read that wrong! Natalie tells us, “He was abandon[ed] and decided he wanted to live with me. He jumped in my yard, not scared of my other dogs at the time. And my other dogs liked him! The rest is history.” Chip and Natalie now travel the world together, living their best lives.

Sugar was rescued by The Luving Paws Foundation and made her way to Maryland all the way from Puerto Rico!

Meet Franklin—a successful foster fail! This pup had a lot riding against him. He was deaf and sick with kennel cough which turned into pneumonia when he found his way into his foster home with Megan. Megan tells us, “He wasn’t eating or moving and I told him if he got wild, I’d adopt him. Joke’s on me, he got really wild really fast and I signed the papers.” Franklin now spends his time between napping and hiking (even in the rain with his rubber ducky rain coat!) Gah! Don’t you just love a happy ending?! 9 Ways To Dog-Proof Your Holiday Decorations 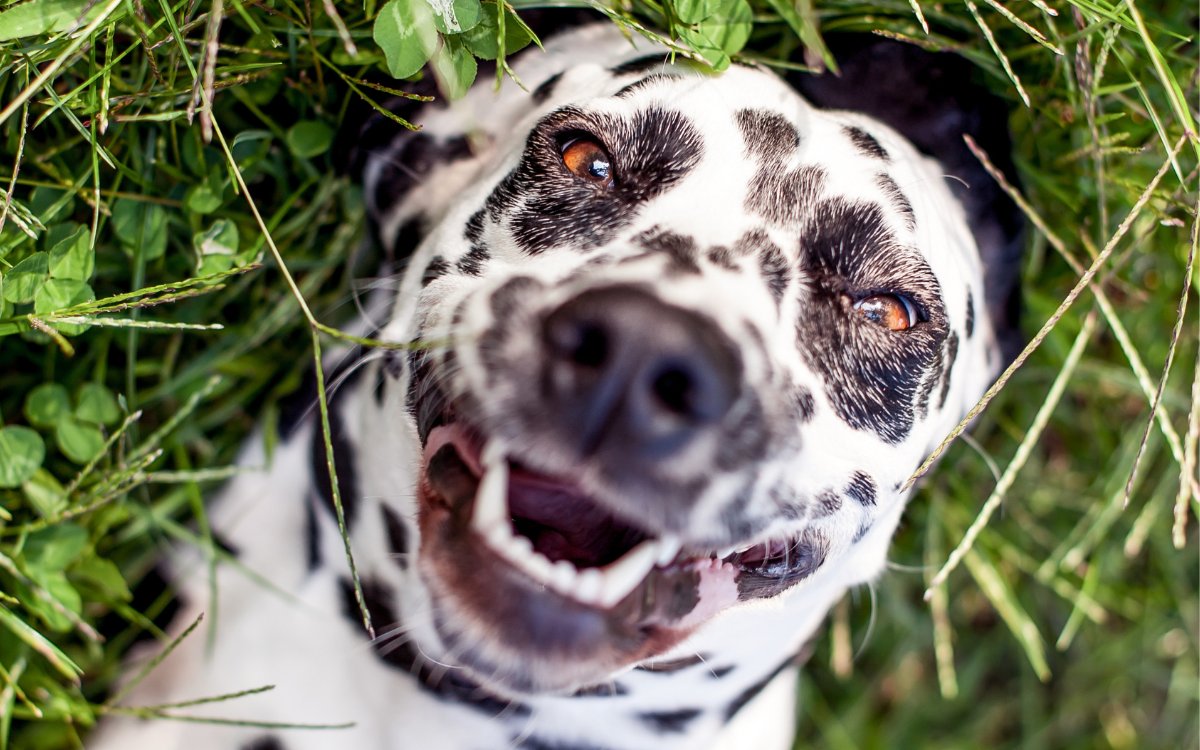