Ever wonder what your dog thinks when you binge watch your favorite show for hours on end in nothing but a Snuggie while covered in Cheeto crumbs? Those tables turned for the humans of one Frenchie named Sophie who, on a trip to her grandhumans’ house for Christmas, found the fish tank and stared at it…for the entire weekend.

“Well looky what we have here.” So fixated was little Sophie on her new buddies that she wouldn’t budge. When her human needed to move the ottoman to one side? Sophie didn’t give a pup. Her pink and white polka-dotted housecoat wrapped snugly around her body, she wasn’t giving up her front row seat to the most entertaining show in town. Nope, Sophie couldn’t bear to look away from her fishy soap opera for even a few seconds. And when the tank was covered to give the fishies some privacy, Sophie sat in front of it with the blanket draped over her squishy little head.

Like a pervert at a peep show machine. #Only20thCenturyKidsWillGetThis And even after the ottoman was removed and Sophie’s stubby Frenchie legs forced her to remain on the floor, she tilted her head like she was sitting in the front row at the movie theater and stayed there. Legend has it she is still there ’til this day. Watching. 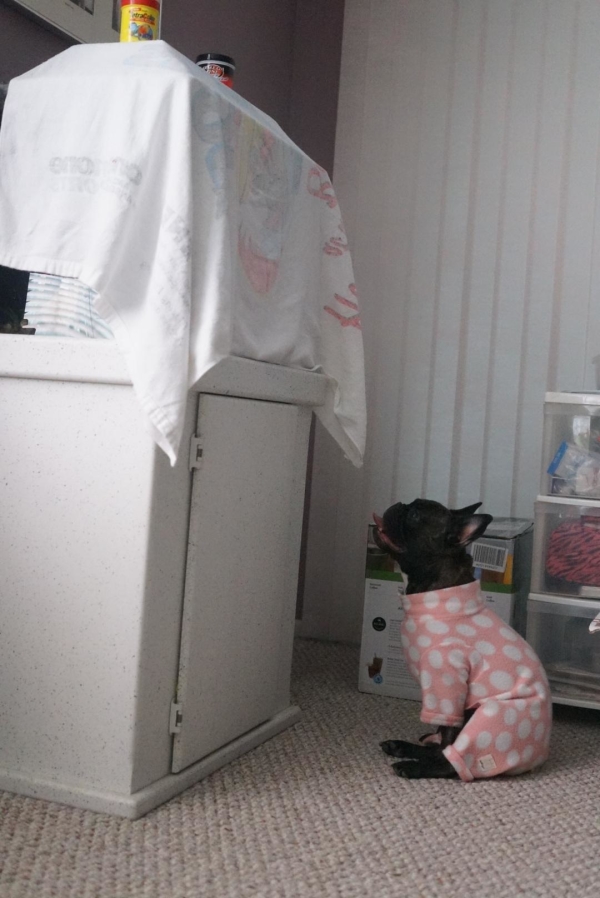 You do you, Sophie. Do you.