Home » Fun » Think You Know The Muppet Dogs? You Have No Idea!

Think You Know The Muppet Dogs? You Have No Idea! Today's post is brought to you by the letter D, the number 45, and Gibbleton's Cute Bunny Traps. (Not sure how the last one snuck in there...) This November marks the 45th Anniversary of America's nanny, Sesame Street. It seems like just yesterday that Big Bird, Oscar, and not Elmo hit the airwaves in 1969. It also seems like sixteen years before I was born, but whatevz. Nevertheless, we thought the event deserved a BarkPost post of its own. Sidebar: If you're in NYC, I can't recommend this exhibit at the Library of the Performing Arts at Lincoln Center HIGHLY ENOUGH! Frogs, pigs, bears, monsters, chickens, cantankerous old men, Whoopi Goldberg - Muppets have come in many forms throughout the years. However, some of the most prominent of Jim Henson's creations have taken the canine form. Today, we take a look at some of the Muppet world's best dog members. NOTE: I considered using "pup" instead of "Mup" in "Muppet" before realizing that "puppet" was already obviously a thing. College is useless, kids! Who is this seasme street dog? Let's find out! 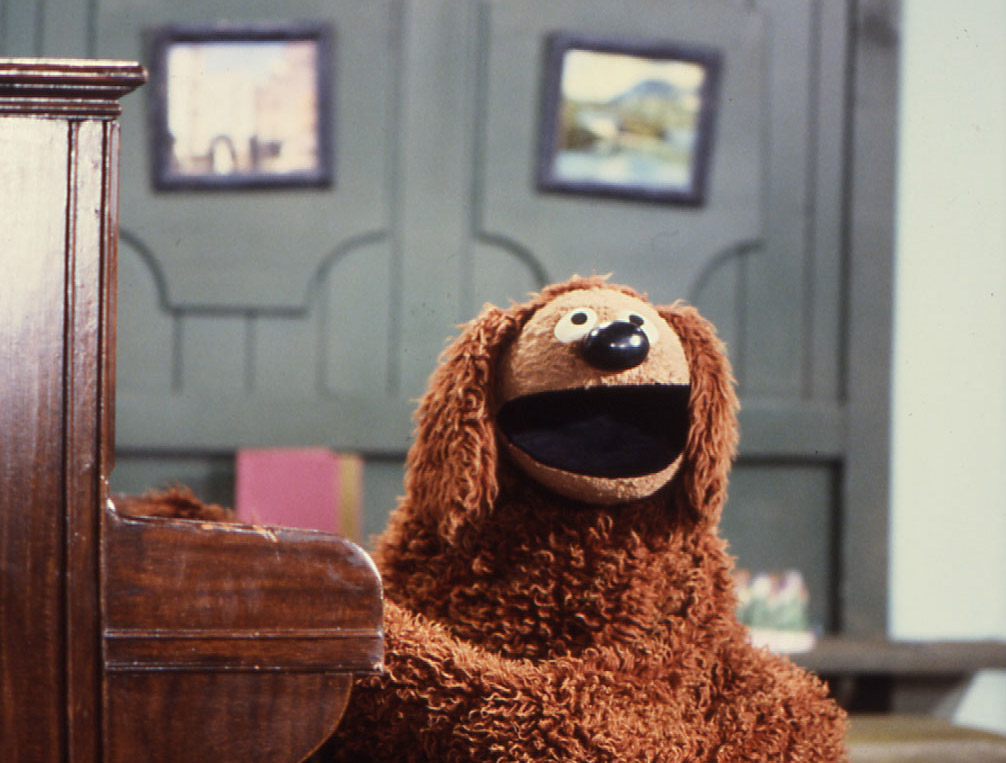 Besides Kermit, Rowlf basically serves as the closest thing the Muppets have to an "every man"...at least before the creation of Walter, which DON'T GET ME STARTED! (Whistling? Seriously? Whistling?) One of the few Muppets who doesn't thrive on chaos, Rowlf seems more content to sit at an old, out-of-tune piano and bang out a few Gershwin tunes. You may remember Rowlf from these very segments, with him seated at the ol' 88-keys, singing his heart out like a furry(er) Billy Joel. https://www.youtube.com/watch?v=JE1mG9SdFUw Lest we forget, Rowlf was also the centerpiece of pun-tastic recurring sketch Veterinarian's Hospital. https://www.youtube.com/watch?v=PaU0PcOUKxw Rowlf has also appeared in nearly ever single Muppet film. As I said, like Kermit, Rowlf's sort of an even-keeled dude - I daresay he's even more well-adjusted than Kermit, who has a tendency to fly off the handle. Am I psycho analyzing Muppets? The real question is, why aren't YOU? 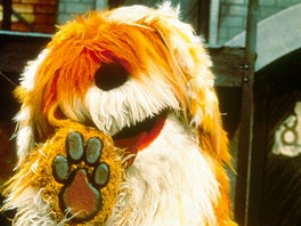 Peformed by: Toby Towson, Brian Muehl, Fred Garver, and Bruce Connely. First Appearance: Sesame Street, 1977. Now here's a dog who's actually a dog. That is, he acts like a dog and does dog stuff. A full-body Muppet, Barkley (originally called Woof-Woof, for some reason. Oh, the 70's...) first appeared as Linda's dog in Sesame Street's 9th season. However, soon he developed a kinship with Big Bird, and was pretty much forever understood to be his dog. https://www.youtube.com/watch?v=9iZ8Acykvps Through many different books, specials, and even films, Barkley accompanied Big Bird on various adventures. Most notably, Barkley served as Big Bird's travel associate in 1982's Big Bird in China and 1988's Big Bird in Japan, which is surprisingly creepy. https://www.youtube.com/watch?v=XM3l0kJZyQ8 For years, Barkley could also be seen at the end of every Sesame Street episode, frolicking with children during the closing credits. (It's best if you don't remember there's a full grown dude in that suit.) https://www.youtube.com/watch?v=dDA9SzbHsNo While he's playful, energetic, and friggin' huge, Barkley is the rare Muppet who does not say a word, unless you count barks. I realize that Barkpost readers may count barks as words. 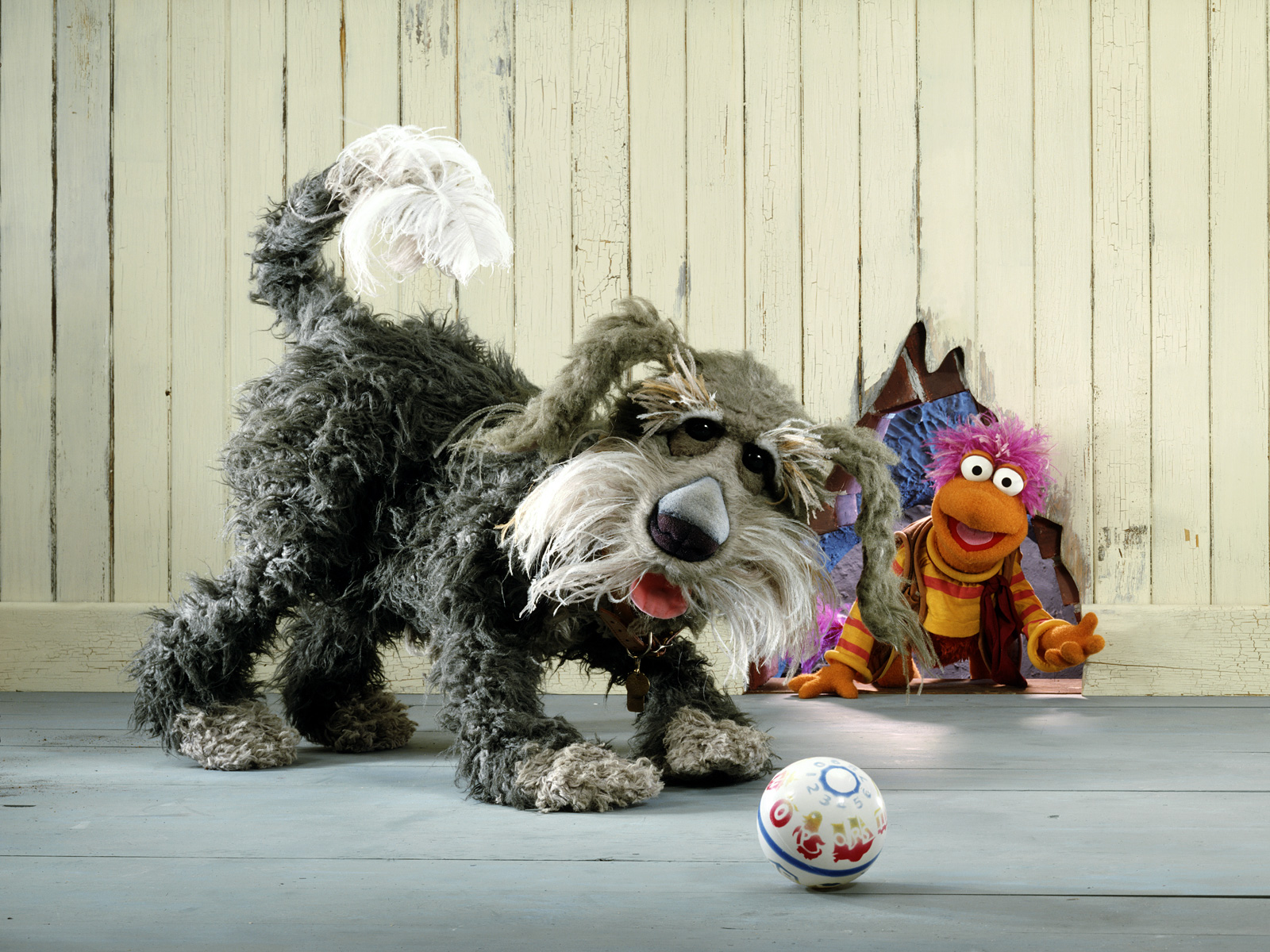 Performed by: Steve Whitmire First Appearance: Fraggle Rock, 1983 If you missed out on Fraggle Rock as a kid, I don't know what to tell ya - you're not as good of a person. This show was basically the culmination of everything the Muppets set out to do - with lessons about community, acceptance, and even race. At the same time, Fraggle Rock had a TON of music - with each episode featuring up to TEN original tunes. It's no wonder then that Fraggle Rock was Jim Henson's proudest achievement. However, we ain't talking about no actual Fraggles. Instead, we're discussing the scruffy rascal who acted as gatekeeper to the above-ground world, Sprocket. 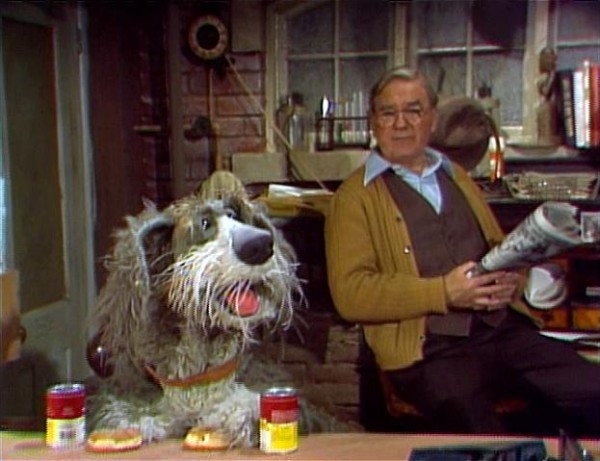 As you may/may not remember, each episode of Fraggle Rock began with a scene in Doc's workshop, where Sprocket would hang out with his kindly owner, Doc. (Played by the great Gerry Parkes, who sadly passed last month.) Typically, Sprocket would catch Gobo or one of the other Fraggles emerging from the workshop's Fraggle hole...which sounds way dirtier than it is. Unfortunately, Sprocket's many attempts to make Doc aware of the Fraggles were usually a bust, at least until the final episode of the series. Or perhaps you remember Sprocket from A Muppet Family Christmas (the clearly superior Muppets holiday program - come at me, Muppet Christmas Carol fans!) Yes, it was Doc and Sprocket who rent out Fozzie's Mother's country home for a nice quiet Christmas before EVERY MUPPET EVER shows up. Good times. Of course, they all become friends and Doc/Sprocket help rescue Miss Piggy from the winter storm. Sorry, too spoilery? Well, at least I didn't tell you about the saga of the icy patch. Sprocket also has cameos in Muppet Christmas Carol and Muppet Treasure Island.

Performed By: Jim Henson, Frank Oz, Jerry Nelson (all at different times, obvi) First Appearance: Purina Dog Chow commercial, 1962 This guy you'd probably recognize more by appearance than by name. Baskerville the Hound was a third-tier Muppet, but nevertheless found his way into most episodes of The Muppet Show. In fact, Baskerville's roots are pretty closely tied to Rowlf's, with them both appearing in those early Henson ads for Purina Dog Chow. Years later, once The Muppet Show started up, Baskerville was resurrected to be among the ensemble, often playing opposite Rowlf in sketches, most notably as the Watson to Rowlf's Sherlock in "The Case of the Disappearing Clues." https://www.youtube.com/watch?v=LU27gd34R-I Of course, the sketch makes sense when you realize Baskerville's name came from the Sherlock Holmes novel The Hound of the Baskervilles. Always so many layers with those Muppet guys. Baskerville also appeared in a number of dog-themed music numbers on the show, most notably this ode to Lassie, "May You Always." https://www.youtube.com/watch?v=msqzwiRUM1A Performed by: Steve Whitmire First Appearance: The Muppet Show, Season 4 Miss Piggy's dog Foo-Foo is another rare Muppet dog that is purely a dog - and in more ways than one. You see, Foo-Foo was performed in both a Muppet version and a real, alive dog version. How did that work? Born in 1978, the real Foo-Foo was a kind of toy poodle bred specifically for her small size, and one of only ten of her particular line. As Foo-Foo grew, her puppet counterpart was rebuilt to reflect the size. Foo-Foo has appeared in most Muppet productions since her inception (just the puppet version, in recent years.) Most recently, Foo-Foo showed up in Muppets Most Wanted.

The Dogs of Dog City Performed By: Everyone. First Appearance: The Jim Henson Hour, 1989. Okay, stop what you're doing. I realize what you're doing is reading this, but stop it IMMEDIATELY and if you haven't...GO WATCH DOG CITY. Sorry, I got excited, but let me explain... In the late 80's, ABC ran the much-too-short lived Jim Henson Hour series. The show would usually split between a modernized Muppet studio featuring Kermit, Gonzo, and some new characters, but then the second half was always a fable or story. However, the 4th episode of the series dedicated itself to an entire hourlong story - Dog City. Inspired by C.M. Coolidge's painting "Dogs Playing Poker," Dog City is basically a gangster movie, but with dogs. I mean, that's great. What else do you want from life if you're not tickled by that? I mean, just look at these pictures! Hosted by Rowlf, (and we've come full-circle) Dog City centers around Ace Yu, as he looks to free the city from notorious dog gangster Bugsy Them. Dog City aired as a standalone special for years, even prompting an animated spin-off! Finally, Dog City was released on DVD in 2010, but since this is the Internet, you can watch it here! What do you think gang, did I miss any of your favorite 'Pup'pets? Hmm, I guess the word works that way...

19 Gifts For Humans Who Love Dogs More Than People