The Tale of Rude Dog’s Trashcapades

This is a tale *ahem* tail of a mischievous food-lovin’, trash-rootin’ Old English Sheepdog mix named Rudie. Aka: Rude Dog. Rudie lives in Chicago with his family. 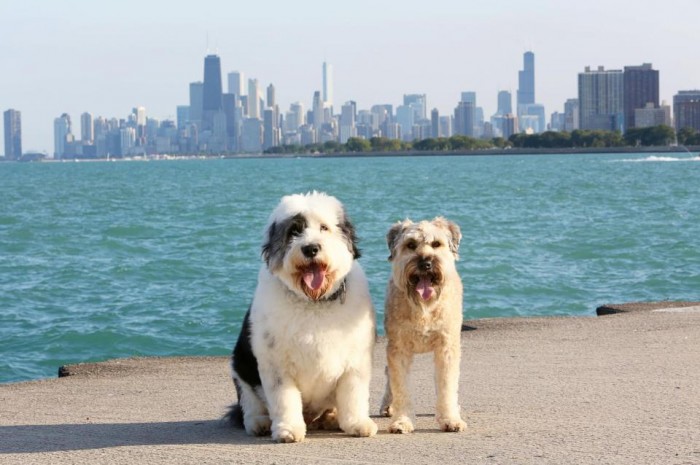 This is Rudie’s family: Heather, Dave, and sister Marley. 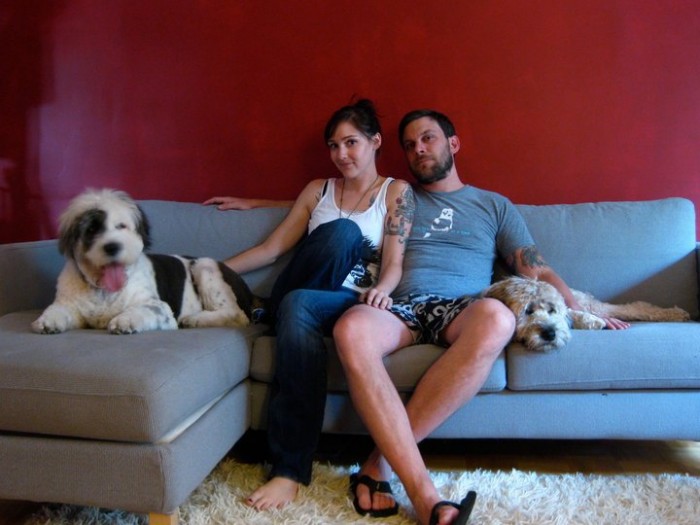 Rudie’s story as we know it begins four years ago when Heather heard that there was a grumpy Old English Sheepdog in need at her local shelter. (Heather is also in charge of a shelter of her own.) 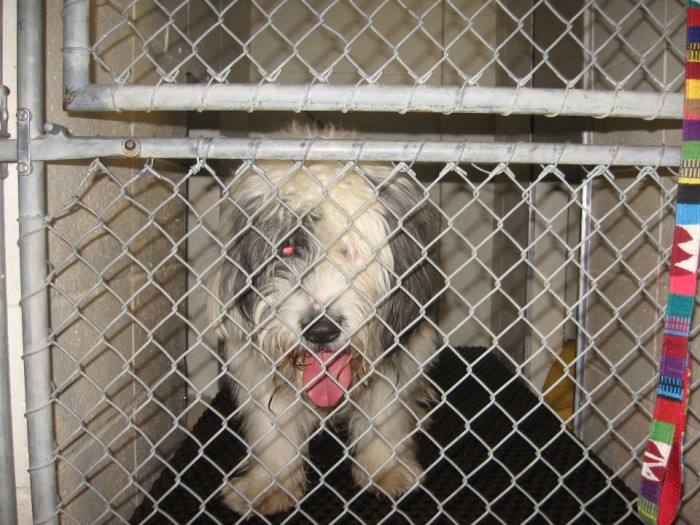 Originally Heather didn’t intend to adopt Rudie. She was planning her wedding and moving… But she couldn’t get Rudie’s fat bum out of her mind. So she brought him home.

When he first came home, he didn’t have any hair on his tail and he was a bit of a grump. Heather and her husband finally figured out that Rudie was very hypothyroid. 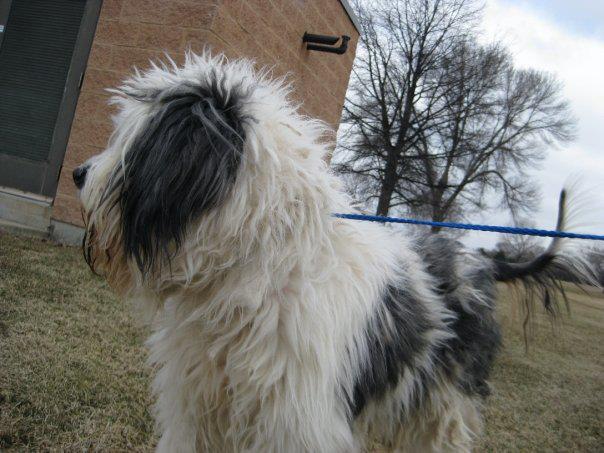 Once Heather and Dave put Rudie on medication and he turned into a whole new dog. He was playful, happy, sweet and really, really mischievous.

The timeline of destruction started with amateur dog stuff: the trash cans.

Heather and Dave tried putting the trash cans on the table, but Rudie got them.

They tried putting the trash cans in the bathroom, but Rudie figured out how to open the door!

Heather and Dave tried putting up a gate to keep Rudie out of the kitchen, but Rudie just broke it.

Snapped the screws right in half. 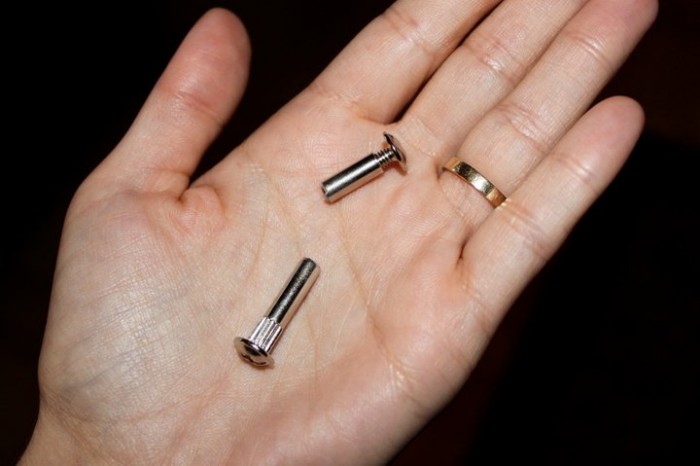 Heather and Dave tried to zip tie the gate back together… But Rudie just busted through again… And tore up the zip tie container. 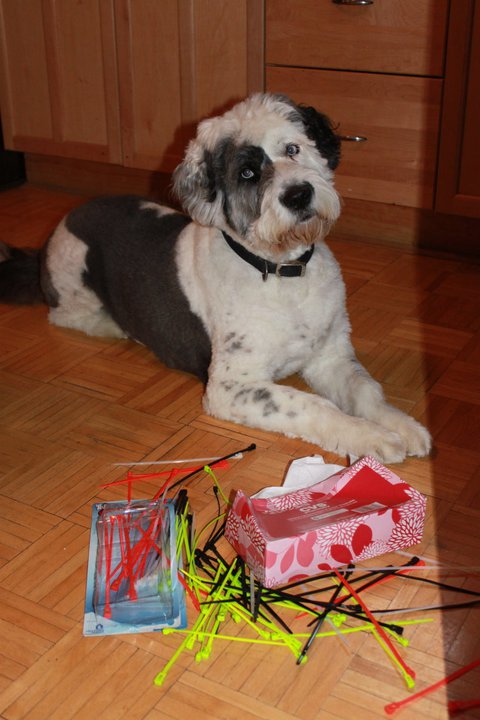 Oh– and he also pulled the fridge out of the wall. (Naturally.) Eventually Heather and Dave realized that the trash had to be behind a locked door.

Speaking of the fridge– after a few years, Rudie realized that he could open it himself.

The best part? Rudie would open the fridge and only pick out a few specific items. 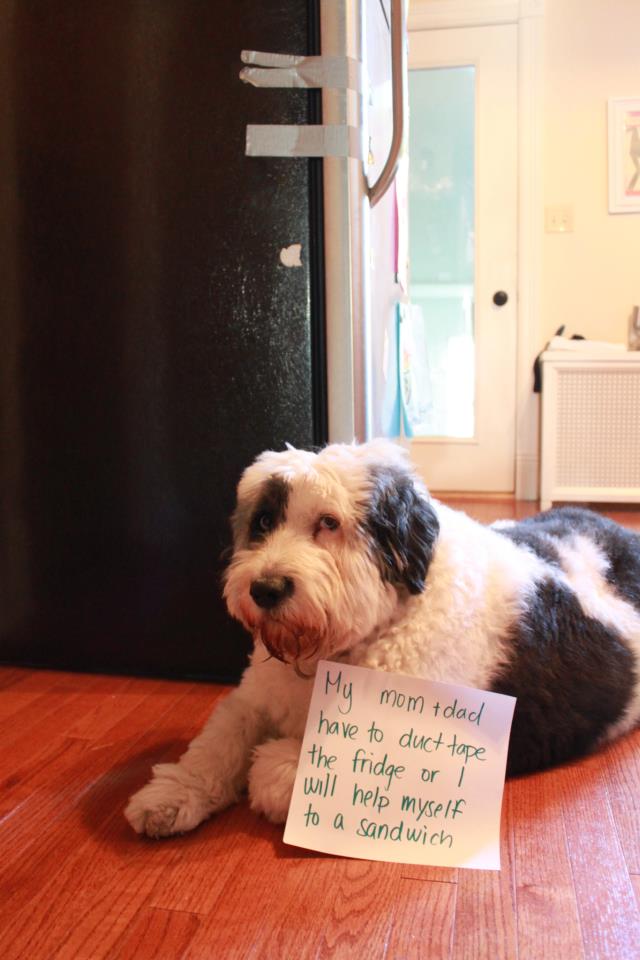 They also tried screwing the fridge to the wall as an extra precaution, but that didn’t work. In the coming months he learned how to break the lock, pull the fridge out of anchor and… pick the duct tape off. 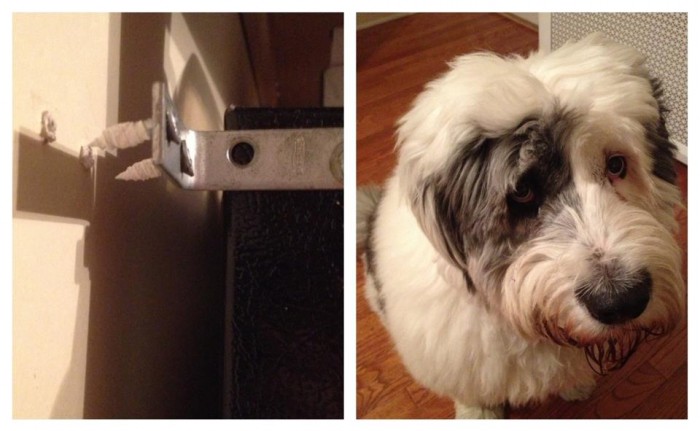 Heather and Dave now have a padlock on there and it is anchored into a stud. 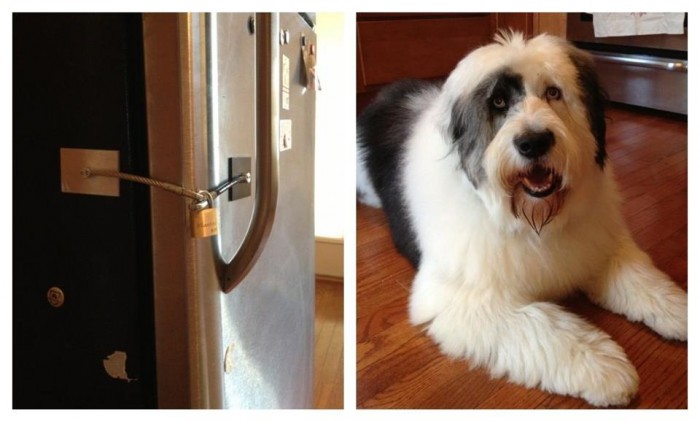 In addition to the trash and the fridge, Rudie is also known as a countertop terrorist…

And a stove terrorist.

Despite the fact that Rudie will vertically leap for just a whisper of a promise of food, Heather still has to boost all 85 pounds of Rudie into the car.

One day, Heather thought it would be a good idea to get a motion-sensing camera to how Rudie managed his trashcapades… And to see if he was the lone ranger… or if Marley was his accomplice.

Rude Dog’s day is chronicled by a hidden camera.

Now you might be asking yourself, “Sheesh! That Rudie is a naughty pup. Why don’t Heather and Dave put him in a crate while they’re gone?”

The thing is, Heather and Dave cannot crate Rudie safely and their trainer suggested that they shouldn’t try. Over the years Heather and Dave have learned how to safely confine Rudie to keep him out of the kitchen, but Rudie still finds ways to cause a ruckus.

And if there’s one thing to remember about Rude Dog…

You can’t tear him from the trash forever. Once a rude dog, always the Rude Dog.

But despite his trashcapades, Rudie is ruv’d very much and his family wouldn’t trade him for a well-behaved pup anyday. 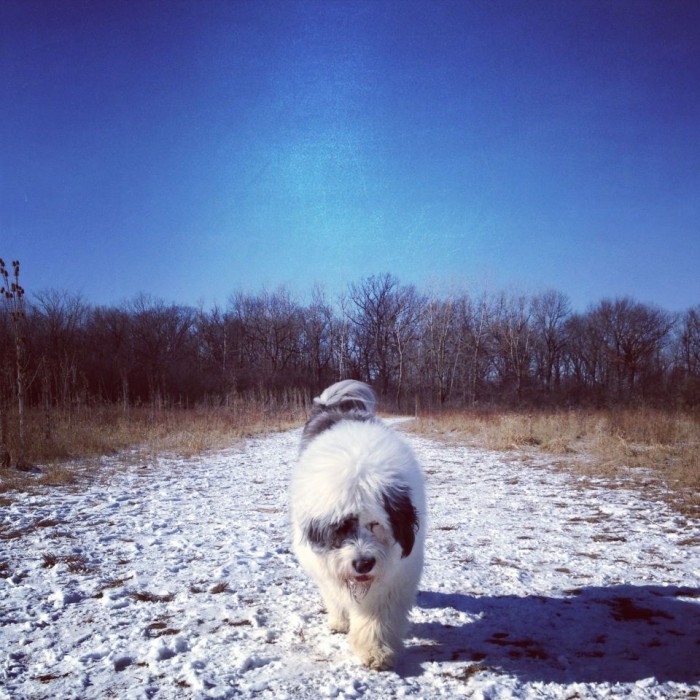 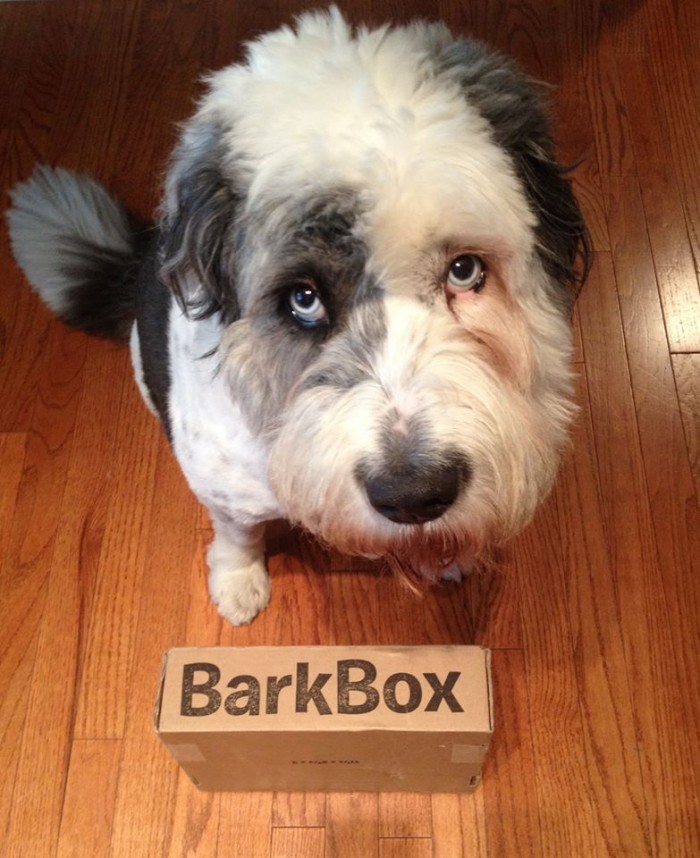 ***Looking for more Rudie? Be sure to check out his Facebook page, “Rude Dog’s Trashcapades.” Rudie also has his own non-profit organization that provides financial assistance to dog owners in need. Along with the uber-famous Fifty the Two-Legged Pitbull, their goal is to keep pups in loving homes and out of overcrowded shelters.