13 Pups Who Are So Scottish Their Blood Probably Runs Tartan

St. Andrew's day is around the corner, so to join in the festivities we have been searching far and wide for some of the best dressed Scottish pups the British Isles have to offer. Pull up a chair, turn on Braveheart... without further ado we bring you our four-legged kilted friends! 1. Check out this patriotic pup  with a feather in his hair. 2. ...and this Scottish warrior who has his eye on the ball! 3. "I KILT the last person who called this a dress." Image via Style Me Pretty 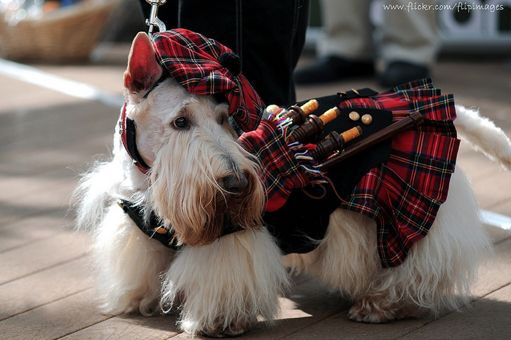 10. This little pup is fighting for FREEDOOM! 12. The dog that stole the show at the commonwealth games! 13. Finally... This dapper Scottish chap is ready for any occasion