The dog below is an American Water Spaniel. These outdoorsy dogs love to hunt and swim, but they might not be around for much longer, according to Priceonomics. You see, the American Water Spaniel is an unpopular breed and is currently ranked 154 out of 178 by the American Kennel Club. In another 50 years or so, the American Water Spaniel might be a thing of the past, just like the Turnspit or the Dogo Cubano. If you follow the history of dogs, you'll see that many breeds come and go. But unlike other animals that become extinct due to environmental factors, dogs tend to disappear for more superficial reasons: they simply become unfashionable. In the prehistoric day, when man first began domesticating wolves, dogs were bred to serve specific purposes. The Turnspit was a dog bred in the 1800s to work in kitchens, running on hamster wheels to power "cavernous kitchen fireplaces." Once they were no longer needed, the Turnspit went extinct. The same went for the Domo Cubano, a dog that was bred specifically to chase runaway slaves. But the Victorian era ushered in a new trend. Owning dogs as fashionable accessories began with Queen Victoria, who owned eight small dogs. This shift away from "functional" dogs to "leisure" dogs was what ignited purebred breeding. [bp_related_article] But now, with dogs being bred purely for aesthetics, that means more breeds get lost in the fray and become forgotten like '80s one-hit wonders. [caption id="attachment_29435" align="aligncenter" width="600"] 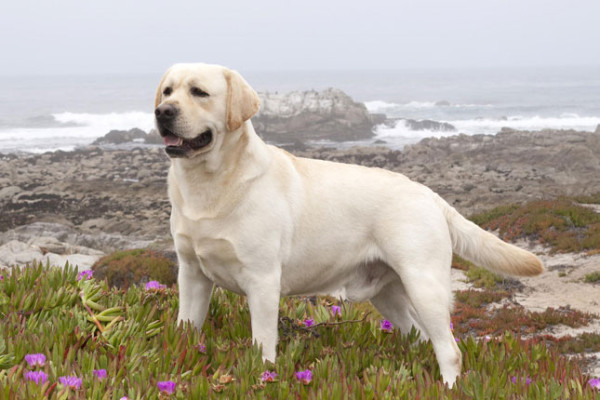 Labrador Retriever is the #1 most popular breed, according to the American Kennel Club.[/caption] This random preference for certain breeds mean that some people treat dogs more like fashion trends. And much like fashion, unpopularity could mean extinction since "there’s no market to support continued breeding." Just to drive home the plausibility of such an extinction occurring, the Hawaiian Poi dog went extinct as recently as the mid-20th century, a timeframe well within the lifetime of a huge fraction of our own readers. If you check out Wikipedia's list of extinct breeds, you'll find that most have disappeared for innocuous reasons. Does this mean the American Water Spaniel or English Foxhound is next? Only time will tell.