Welcome to Bark After Dark, a series of hilarious but slightly unusual articles we post in the wee hours of the morning for you night owls. Not for the faint of heart, weak of stomach, or low of humor. Enjoy! Let's face it. Sex can be messy.

But it doesn't have to be. Whether you're a human or a dog, the more we know about sex, the better we are at approaching the subject with intelligence, poise, and maybe even a sense of humor. With this in mind, here are some outrageous, sensational, mind-boggling dog sex "facts" that you and your pup just gotta know: 1. Like humans, dogs are often "growers not showers." The size of a flaccid pup penis has no correlation to its size when erect. So you shouldn't judge the dog dicks you see. That's just their resting peen. 2. Female dogs need not be offended if their mate falls asleep post-coitus. Orgasms activate the "rest and digest" function in the dog's parasympathetic nervous system, causing them to get sleepy. 3. The average length of a dog penis is I have no idea, we probably don't need to know this. 4. Dogs with a TV or laptop in the bedroom reported having less sex than their canine counterparts who go electronics-free. 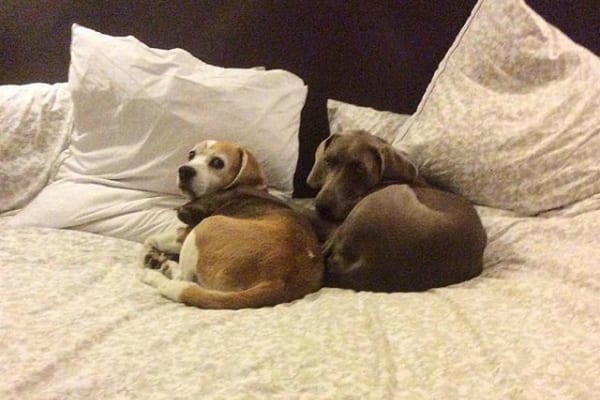 I don't need to conduct any further research in order to confidently conclude that these phrases were coined by a male human with a skinny wiener. 6. The dogeth doth protesteth too mucheth? Approximately 20% of female dogs and a whopping 80% of male dogs have lied about the number of sexual partners they've had in their lifetime. Apparently females underreport, while males overreport -- exaggerating up to six times the actual number of pairings. Take it easy, fellas! 7. Every day, 200 million human couples in the world engage in sexual intercourse, which means that roughly 60 million dogs are watching humans have sex on a daily basis. 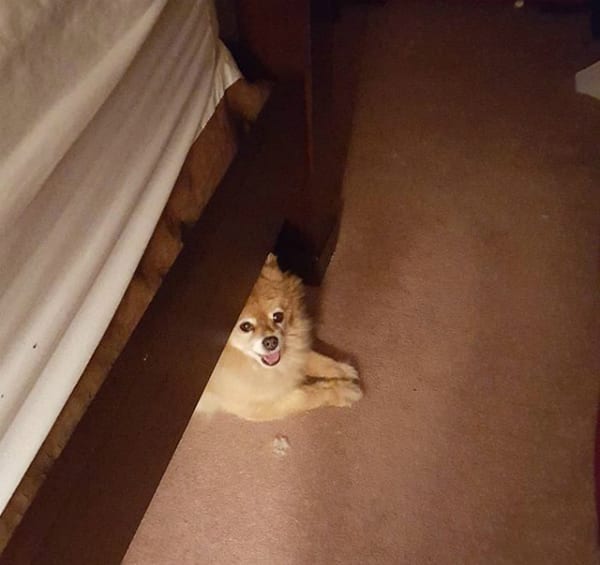 8. Dogs are really not that different from us: a male dog's libido will be greatly reduced if they feel scared or insubordinate, like if they find out the female dog earns more money. 9. According to a study conducted at the Smell and Taste Treatment and Research Foundation in Chicago, the most arousing smell to male humans is a combination of pumpkin pie and lavender. To male dogs, it's a blend of bacon and week-old garbage. Also female dogs that are in heat. 11. Male puppies engage in the act of mounting as early as five weeks, although they have no idea what they're doing or why they're doing it. 12. Dogs who have sex within a relationship reported greater pleasure than those engaging in no-strings-attached humping. 13. Unlike humans, male dogs actually have a bone in their penis, called the baculum. 14. The average speed of ejaculation is 27 miles per hour.

That's nearly as fast as a Great Dane running at full tilt! Great Danes can run up to 30 miles per hour, so if a Great Dane ejaculates while running at max speed, that means his ejaculation is actually more like 57 miles per hour. Yikes! 15. A survey of 2,500 male and female dogs showed that Marvin Gaye's classic "Let's Get It On" is the song that best describes their sex lives. 16. In order to attract the attention of a seemingly distracted suitor, a female dog will often back up into him, flicking her tail in a provocative way so that he has no choice but to consider mounting. Kinda like this.

17. Dogs are at risk of STDs, too. One of the most common is called CTVT, that is, Canine Transmissible Venereal Tumor, and yes, it's just as nasty as it sounds. The cancer spreads during the act of love-making -- when tumorous cells from the host canine shed and take up residence in the other canine. 18. Dogs can also transmit Canine Herpesvirus -- which is exactly what you think it is. The herp. 19. When a male dog first mounts a female dog, his penis is flaccid. This is also a common occurrence at the beginning of human intercourse.

20. Only 31% of female dogs report experiencing orgasm during intercourse. 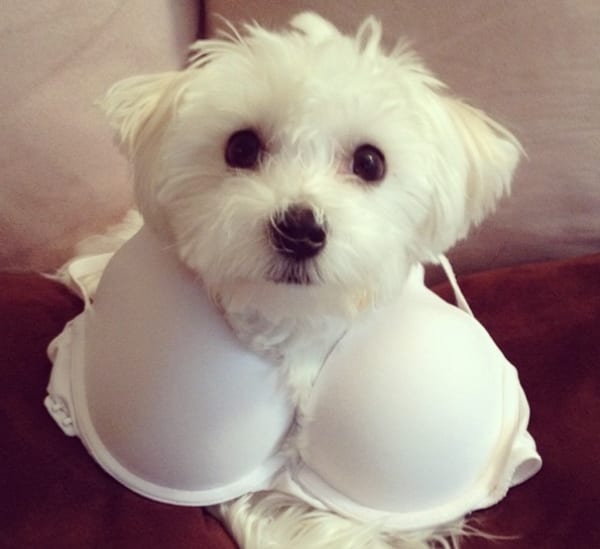 21. Doggy style among dogs is a lot different than it is amongst humans. (At least... I think it is. Read this and then tell us what you think.) Dogs seal the deal by "tying the knot." That doesn't mean they get married. It means the female's vagina contracts against the male's penis, resulting in a "dog knot." Then, the male twists away from the female so that penis-vagina is connected butt-to-butt, giving his sperm the best possible chance of penetrating her egg. And that's how you do it doggy style. 22. Dog erections last anywhere from 25 minutes to over an hour. Hot diggity dog, that's at least an episode of television! 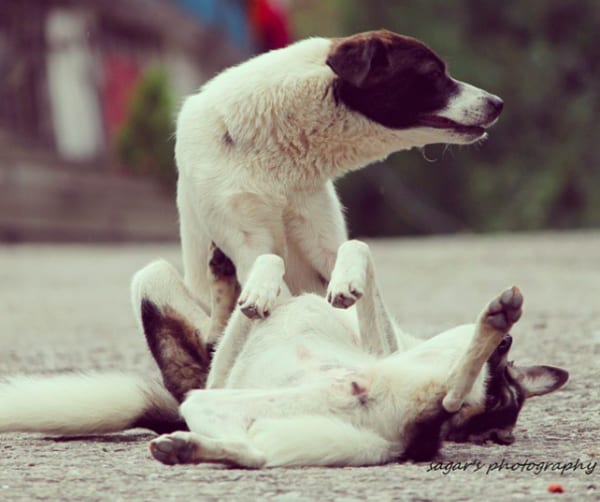 23. At the end of sex, a male dog's genitals explode. 24. Oh wait, that's honeybees. Sorry. 25. There is an international canine semen bank. And that seems like a good note to end on.
Have fun out there and be safe!