World Rabies Day is celebrated each year on September 28 to honor Louis Pasteur, the scientist who began the first successful Rabies vaccination trials 130 years ago. We owe countless lives to his vaccine, but the struggle to eradicate Rabies still continues today.

The Global Alliance for Rabies Control (GARC) coordinates hundreds of World Rabies Day events worldwide in order to bring about continued progress in the fight against this terrifying virus. Depending on your background, you may know more than you’d ever want to, or next to nothing about this disease. That’s because Rabies has a relatively low transmission rate in the US compared to developing countries in Africa and Asia. For some of these areas, Rabies is an epidemic with a 99.9% mortality rate—higher than any other known disease. Everybody, pup parent or not, should learn more about this deadly virus. In 2013, 49 US states and Puerto Rico reported confirmed cases of Rabies according to the CDC‘s annual study. However, of the less than 6,000 combined cases, 92% were wild animals, not pets or human beings. Less than 8% were domestic animals, and only 3 humans were infected. These stats are down a gratifying 6% from 2012. Although the statistics are promising in the US, for people in developing countries, especially children, the threat is all too real. More than 55,000 human lives are lost each year to Rabies, and 3.3 billion of the Earth’s people are living at risk right now (rabiesalliance.org). In fact, in the next 10 minutes, at least one person will die from Rabies. Once the symptoms of the disease manifest, it is 100% fatal. 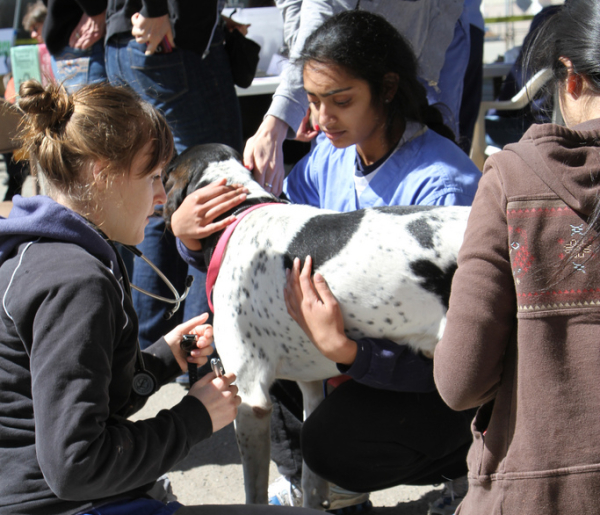 Rabies affects the Central Nervous System—the brain and spinal cord. The virus is transmitted through the saliva of an infected animal’s bite, or less commonly, scratch. In rare cases, the virus may be spread when infected saliva comes in contact with mucous membranes of the eyes, nose and mouth. The disease can be prevented from taking hold in the Central Nervous System if Post Exposure Prophylaxis drugs (PEP’s) are given immediately after a bite and before symptoms appear. Death from Rabies is extremely painful, and more than half of the 55,000 who will die this year are children. Although cases of infection are far less common in domestic animals than wild ones, it is dog bites that account for the majority of human Rabies infections. No matter how low the risk may be for Americans, even one case of Rabies in a loved one, human or pet, is one too many. Here’s what rabiesalliance.org and the ASPCA recommend you do to prevent Rabies from touching the ones you love:

***Support World Rabies Day by following the The Global Alliance for Rabies Control’s amazing work on Facebook and Twitter, or donate to the cause here.