15 Things You Need To Know When Moving With Your Pup

Anyone who’s ever moved knows that it’s crazy stressful on everyone, and adding a furry  bundle of joy into the mix can take the chaos to a whole other level. So to make it easier on you, we’ve compiled some expert tips and tricks to make your move as manageable as possible. Here are the 15 things you need to be doing before, during and after your move to make sure your hound stays safe and sound!

1. Get That Pupper a Microchip It’s basically fact that things will get lost whenever you move, let’s make sure your dog isn’t one of them. A microchip is essential to making sure that if your pup gets away, you’ll be able to be reunited again. Image Via Love to Know Dogs

You need to make sure your pup is in tip-top shape! That means making sure he’s up to date on all of his vaccinations, it’s also a good idea to discuss the move with your vet to see if they have any advice specifically for your pooch. New things! New things! New things! Your dog is going to have so many changes coming up, it really will help to get your dog out and exposed to as many new situations (think visits to parks, restaurants, etc.) as possible BEFORE your move, just to make dat new new not quite so scary. 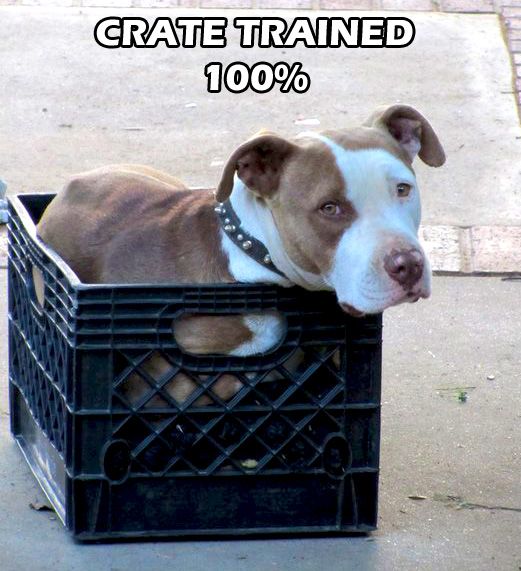 Haven’t see your pup’s crate in a while? It’s time to dust it off (make sure it fits your dog, too!) and start making it into the comfy moving palace of your dog’s dreams. Your dog will need a place that feels like home during your move, so get them comfortable in that crate!

5. Explore Your New Neighborhood, WITH Your Pup Narrowing down a few houses? Take your dog for a stroll around the area to see if it’s really as pet friendly as the real estate agent says it is! Watch out for red flags, such as an overly aggressive neighbor canine. Does your dog need to pee sixteen billion times a day? An eight floor walkup apartment might not be a good idea. The same goes for if your dog needs a lot of exercise, a fenced backyard would be much better than say an unfenced one (unless you want to try out that microchip!).

7. Keep Your Pup in a Room They’re Familiar With, and Pack That Room Last 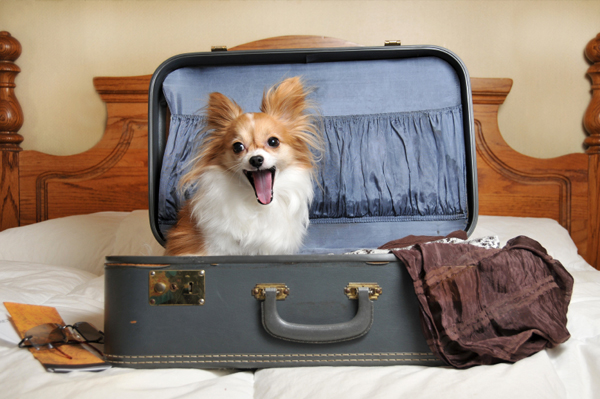 Image via She Knows

As everyone who’s ever had their dog come and lay in their suitcase while they’re trying to pack knows, dogs have this incredible ability to know when you’re planning on leaving Even though you’re not leaving your dog behind this time, keeping him in familiar surroundings will keep his stress levels low. Less puppy eyes of abandonment looks for you, and he stays happy, it’s a win-win. This may seem obvious, but you can’t safely throw your dog in the back of a moving van (or pickup truck!) and drive her across the country. The safest place for her is in a crate, and when you get out for pee breaks keep her leashed, because no one wants to chase their precious pup across four lanes of traffic in Kansas.

9. Don’t Turn Your Dog Into A Fugitive If you’re driving across state lines make sure you keep a copy of your dog’s health certificate with you. Depending on state laws, a state trooper can ask to see one and fine you if don’t have it with you.

10. Make Sure That Hotel is ACTUALLY Pet Friendly Don’t take their website’s word for it, call and confirm the hotel’s pet policy. Nothing would be worse than rolling up with your three 200 pound Newfies and finding out that the hotel only allows small dogs. (awkwardddd)

11. Set Up Your Dog Right Away Keep your dog’s bowls and dog bed somewhere you’ll have access to them as soon as you get to your new destination. This way your pup can lounge in comfort while watching you peasants unpack the rest of the house. You’re going to be crazy busy, but if at your last home you took the pooch out for a nighttime poo at 11:00pm, keep taking them out at 11pm in your new place. Sounds small but a sense of normalcy will mean the WORLD to your pup. Don’t wait until your pup gets a sick tum after he discovers the magical buffet that is your neighbor’s trashcan, ask pup owning neighbors who they would recommend and make sure you have the new vet’s contact info somewhere on hand. It’s been a stressful move for everyone, take your dog to a dog park, let him get his crazies out AND meet new people! Monitor your dog’s behavior throughout your journey, try to mitigate exposure to added stress. With any luck your canine will be completely chill and see the whole ordeal as a really elaborate way to go for a ride in the car (or plane, or train, or whatever)