As a professional dog trainer, pet parents often ask me about the “right way” to do things. What is the “right” side he should walk on? What is the “right” place to put her food? My answer is always the same – it depends on your goals and what you are willing to work on. So while many people love to cuddle with their dogs on the couch, others have nice furniture or dogs that shed incessantly and just don’t want the dog rolling around getting fur everywhere. Whether you are starting this rule with a new puppy/dog or have changed your mind after letting your dog on the furniture in the past, we have some tips to set you both up for success.

Above all else, be consistent. This means everyone in your house – mom, dad, kids, grandparents, guests, dog sitter, etc. know the rules. It will be easier for your dog if everyone is holding him to the same standard instead of one person letting him on the couch, one not, and another still only during certain times of day. 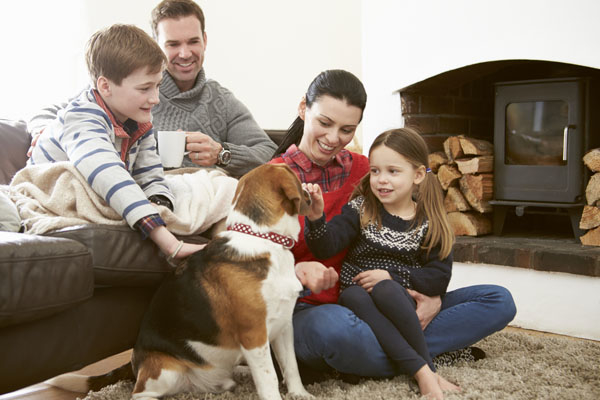 Your dog wants to be on the couch to be near you and because it’s super comfortable, so if you aren’t going to let her on the couch, give her a comfortable second option. Put the bed near the couch, and train her to go to it. Start by tossing some treats on the bed or rewarding her for putting her feet on the bed when you point to it. Then move to asking your dog to sit or lay down on the bed, pairing it with “go to bed”. When your dog jumps on the couch, ask her to go to her bed instead. 4. Use a “positive interrupter” to get him off the couch.

A positive interrupter is a noise that distracts your dog without scaring or upsetting him. When your dog jumps on the couch, you make a noise, and then when he jumps off, you click and reward. This video by Pam’s Dog Academy does a great job of explaining this concept. 5. Manage your dog when you aren’t home.

You don’t want your dog to sneak in and lounge on the couch when you aren’t home, so block off the room, crate your dog, or keep your dog in another room while you aren’t home. 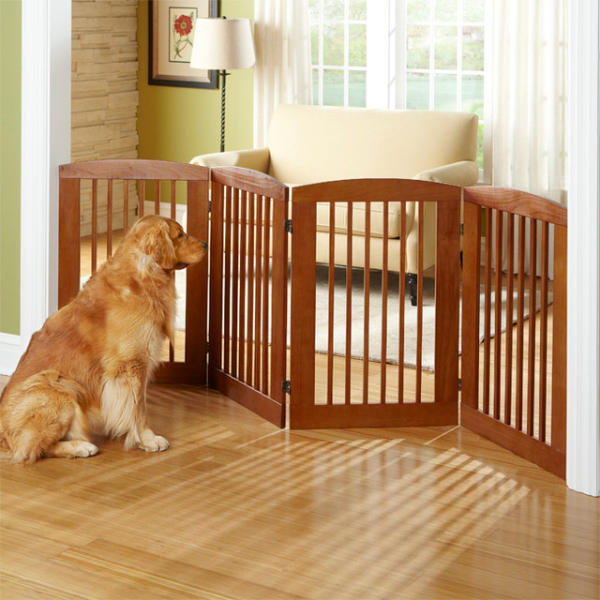 6. Make it impossible for him to get on the couch in the first place.

Put chairs on the couch when you aren’t sitting on it, or upside down laundry baskets. There is even something called the Couch Defender that looks like a tunnel that you can put on your couch/chair. You may be wondering why I haven’t suggested shaking a can of pennies at your dog to startle him when he jumps on the couch, or putting one of those static mats on the couch to scare your dog off. Those things may work, but they aren’t teaching your dog what to do and will likely make him afraid to go near the couch at all. Training your dog is about strengthening your bond with him, not scaring him into doing what you want! So, go forth and harness the power of positivity to get your dog to do what you want!

5 Tips To Get Your Dog To Stop Marking Indoors

Why Is My Dog Destructive When I Leave the House?

Why Do Dogs Lick Couches?