All dogs are individuals, which means any single dog from any breed can be any number of ways, both good and not so good. Keep that in mind as we discuss breed generalities!﻿

From their tank-like stature to their funny wrinkled faces, the Bulldog is an icon of the dog world. While this musclebound lowrider was originally bred to bait bulls, the Bulldog now enjoys the status of being a family favorite. In fact, this dog’s days of aggression are long gone. Instead, Bulldogs are considered to be easy-going, devoted, and sweet—albeit stubborn—dogs.

If you’re looking for a dog to take naps with and accompany you on a lazy stroll through park, the Bulldog may be the breed for you.

English Bulldog. British Bulldog. Smushface. Sourmug. Tank. Jowlhead. “Is that a pile of adorable wrinkles or a Bulldog?” “Is there a difference?”

Thought to originate sometime around the 5th century, this English-born breed likely helped butchers control unruly livestock. By the 15th century, this fearless dog’s job became even more dangerous though. English Bulldogs were not only used to catch cattle, horses, and boars—they were also trained for the terrible bloodsport of bull-baiting. The sport consisted of the dogs pulling a bull’s nose ring until either the bull was brought to the ground, or the dog was killed.

After bull-baiting was banned in the UK in 1835, the breed nearly went extinct. Fortunately, ranchers and farmers in the U.S. and Germany exported Bulldogs for their own use. Bulldogs in the UK were cross-bred with now-extinct Terriers, which created the Bull & Terrier dog (which led to the creation of the Bull Terrier, the American Pit Bull Terrier, the American Staffordshire Terrier, and the Staffordshire Bull Terrier). Bulldogs in Germany were cross-bred with other dogs, eventually becoming the Boxer. And in the U.S., breeders created the American Bulldog.

Meanwhile, the English Bulldog became the dog we know today by being bred for characteristics that made them smaller, calmer, and friendlier.

Since this rebranding of the Bulldog, they’ve quickly become one of the world’s most popular dogs. While most often thought of as a companion animal, Bulldogs are still used by cattle ranchers and other land workers. (Although in a much more humane capacity.) They’re also often cited in popular culture. A Bulldog represents toughness, determination, strength, courage, and loyalty. Given their frequent sofa-sitting status, the name should probably also signify sleep.

Bulldogs are well-known for their easygoing natures. Still, their laid back attitudes shouldn’t be mistaken for laziness. When in good health, Bulldogs are known for their love of playing outside, waddling around the neighborhood, and maybe even visiting the beach for some socializing. These low-slung, thick dogs are also reputable for their fierce loyalty. If you bond with a Bulldog, you’re connected for life.

While personality, of course, depends on each individual dog, Bulldogs can also get into a bit of a trouble without enough structured activity and exercise. Due to their past breeding as fearless dogs who were willing to fight (or pull) until death, the Bulldog can also be very stubborn. While some humans may simply throw up their hands and leave a Bulldog to their own devices, these behaviors can be controlled through training, patience, and healthy exercise habits.

Lastly, despite their reputation for being an all-day napper, the Bulldog often enjoys fun, games, and a good challenge. Their confidence and commitment has led many Bulldogs to become expert skateboards or surfers. These sour faced pups also make decent guard dogs. Although the only sounds they usually make are from snoring, snorting, or sneezing, one glance at that rock solid body and oversized head is usually enough to deter any intruder.

Like all stubborn and focused dogs, Bulldogs rank a little lower on the intelligence scale due to the way that smarts are measured. Yet, this breed is often described as emotionally intuitive, bright, and, well, choosey. If a Bulldog isn’t interested in learning a new task, they likely won’t engage.

Although training can be tedious, a patient and positive outlook will go a long way. In fact, Bulldogs who are connected to their humans often follow their lead by default without ever being asked. Obedience training classes may also be a good choice, although this breed may lose interest in the curriculum halfway through.

This breed does well in both town and country. Given their sedentary lifestyle, Bulldogs have increasingly become popular as an urban companion. Yet, when the weather is nice, most Bulldogs love to spend some time in a shady backyard. Whether they’re in a house or apartment, Bulldogs just need a consistent walk and activity schedule. Otherwise, they could get into the unhealthy habit of sleeping the day away.

Bulldogs are consistently ranked as one of the best dogs for children and babies. They have a reputation for being gentle and tolerant protectors, as well as reliable playmates for kids of all ages. Despite their somewhat intimidating appearance, Bulldogs are also beloved family dogs because of their loyalty. Although each individual dog is different, Bulldogs will likely bond with a new baby quickly.

Due to their size, strength, and identity as “dog,” humans should always introduce children to Bulldogs in a quiet and respectful manner. A very tolerant Bulldog may allow your toddler to dress them up, crawl on top of them, and even pull at the folds in their skin, but this should not be allowed.

The average life expectancy for Bulldogs is 8-10 years.

Since their days of bull-baiting, Bulldogs have been bred extensively to become smaller, less active, and more of a companion dog. While this breeding has created the modern smushface of today, it has also led to a variety of health issues. The biggest medical issues of Bulldogs stem from overheating and respiratory problems. This is due to their increasingly shortened or “pushed in” snouts. Thus, Bulldogs should always be kept cool, trim, and never overexercised.

Other health issues include skin problems (like dermatitis or eczema inside the folds of their skin), cherry eye, hip dysplasia, degenerative spine disease, joint and ligament injuries, head tremors, heart disease, and cancer. The Bulldog was once an all-around healthy, highly athletic, and sturdy breed. In order to not perpetuate these rising health issues, it’s vital to buy from a responsible breeder.

Lastly, even the healthiest of Bulldogs should have their wrinkles cleaned to prevent irritation and infection. They should also eat a carefully-monitored and high-quality diet, due to their propensity for obesity.

Bulldogs are mellow low riders who often enjoy snoring in the shade. That said, many Bulldogs are far more active than one might assume. It’s recommended that they go on at least one moderate walk daily, depending on the weather. Again, high temperatures can be dangerous for this short-muzzled breed.

Most Bulldogs also enjoy a good romp in a field. While these low-endurance dogs might not be the ideal fetchers, most enjoy pulling a rope toy or greeting other pups in the dog park. Most Bulldogs struggle to swim due their thick bodies and breathing issues though. While it may be tempting to cool a Bulldog off in water, make sure that they’re always monitored and able to touch bottom.

Most Bulldogs are able to get along well with other dogs. Dog aggression may be more common in this breed though, which is a great reason to start socialization early. Although they’ve been stereotyped as also being unfriendly with cats, many humans report that this simply isn’t the case. A well-trained, exercised, and relaxed Bulldog may make any feline his best friend.

Bulldogs’ relationship to strangers also depends on the individual dog. Some may merely be indifferent; some may act wary or shy. Other Bulldogs enjoy socializing with the kids and people they meet on the street. Whatever the case, it’s important that you develop confident walking habits with your Bulldog so you have a handle on this strong-willed dog’s movements.

Bulldogs require minimal grooming maintenance. A twice-weekly grooming session with a soft brush should suffice to keep your dog’s hair looking healthy. During periods of heavier shedding, a sturdier brush will help. Moisture and other irritants can also get trapped underneath the folds in Bulldogs’ skin. A cotton ball dipped in peroxide is the most common form of cleaning to prevent this problem.

Bulldogs are often spotted drooling, eating lying down, snorting, snoring, moaning, or enjoying any toy with wheels on it. If you’re looking for a dog with a quirky and funny personality, a Bulldog may be a smart choice for you.

Bulldogs love squeaking a new tennis ball to death or playing a heavy duty game of tug-of-war with a rope toy. Many Bulldogs also LOVE to chew, meaning a highly durable Super Chewer Toy will likely give them the wiggles. If the toy isn’t durable, this breed will likely destroy it within minutes.

This breed may not enjoy a Puzzle Toy as much as other breeds. Still, if there’s a high value treat involved, their determination might set them to work for hours. Overall, trying out a variety of toys should help you decide what to order for your wrinkle-faced pup in the future.

For a more extensive list, check out the following post: What Are The Best Toys For Bulldogs?

Due to their large size and propensity for hip dysplasia, you may want to consider supplements for a Bulldog’s diet. As always, consult with your veterinarian first.

This joint supplement is veterinarian-formulated, made with all natural ingredients (glucosamine, MSM, chondroitin, and hyaluronic acid), and comes in the form of 150 soft chews. Basically, it looks and tastes just like delicious treats, and it could really help your Bulldog with their hip and joint issues. ($32.99.)

For older Bulldogs or dogs suffering with arthritis or hip dysplasia, a comfortable, supportive dog bed is probably a good idea.

Notable Rescues To Find the Bulldog Of Your Dreams

Due to their ever-growing popularity, there are several Bulldog Rescues across the country. Here are two notable rescues:

Frank goes to work! At BarkBox! It’s in the title, all right!

This snaggle-toothed Bulldog has a grumpy face, happy life, and a sidekick in the form of a cute baby. What more could you ask for? Side note: Scroll down for pics of this pup’s other playmate, a Boxer!

Looking to add more sourmugs to your life? This Instagram account brings exactly what it promises: a house full of Bulldogs. This pack of wrinkly pups is photographed playing tug-of-war, napping on the back porch, and even skateboarding through the hallways.

***Looking for a gift to blow your Bulldog’s mind? Spoil them with a Super Chewer BarkBox! Every month BarkBox delivers 2 original and extremely durable toys, designed in-house, 2 full bags of all-natural treats, and 2 chews. Sign up here and receive a free extra toy every month.

What Are The Best Toys For Bulldogs?﻿ 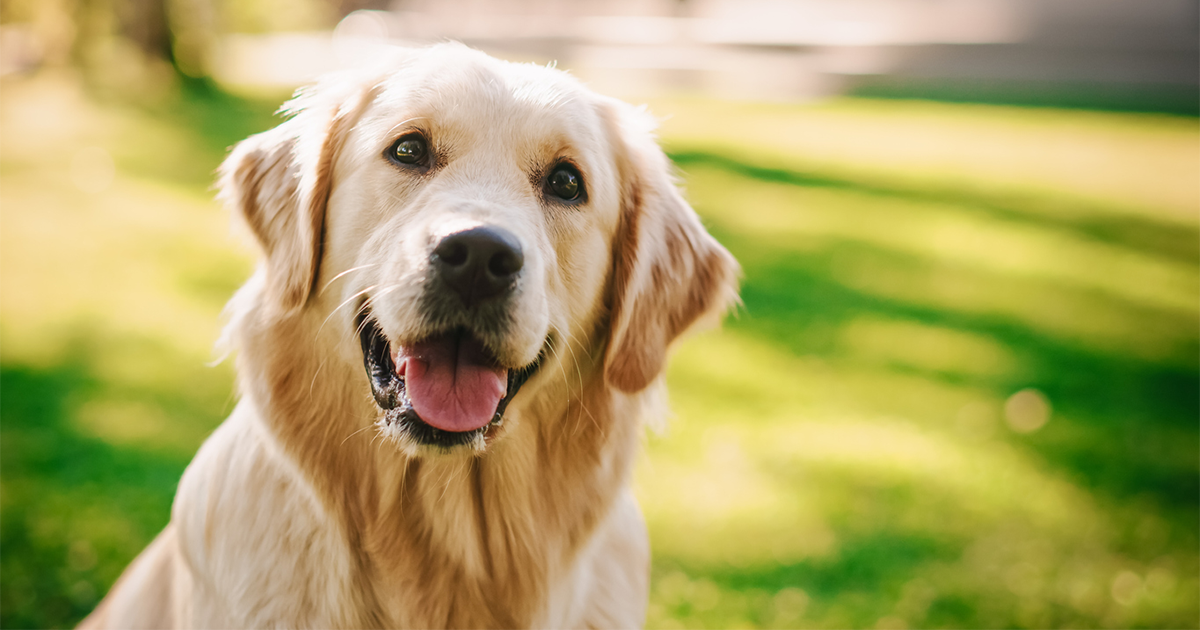