Recently, a rescue organization specializing in improving the public's perception about Pit Bulls posted an open letter to the person who surrendered one of the dogs in their care. The content of the post has elicited more than 31,000 responses, but the reason it's gone viral may surprise you. The heated debate regarding Pit Bull-type dogs is a topic that inspires extreme passion from all sides. The "breed" has been exploited by humans and unfairly labeled as vicious by a very vocal minority. These dogs make up a large portion of dogs in shelters, and many will never make it out due in part to the stigma that surrounds them. It's no wonder that those involved in animal rescue often suffer from compassion fatigue. Each new animal surrendered to a shelter means that those who care for them may have to watch them become depressed, search for their family, or even be put to sleep. An occasional  Facebook rant or Twitter lash-out would certainly be understandable, but the folks from the BAD RAP rescue organization decided to take a different approach.

Dear Former Owner of this dog. I hope you recognize your bully from this photo ... We just wanted to let you know that... Posted by BAD RAP on Tuesday, March 15, 2016

The letter posted to their Facebook page thanked the dog's previous owner for bringing him somewhere safe where he could be re-homed. It praised them for raising a healthy, well-adjusted pup, and assured them that their friendly, pudgy Pittie was making friends with dogs and humans alike. The post empathized with the owner(s) for the pain it must have caused them to give up their sweet boy. Instead of an outpouring of condemnations for the person who surrendered the dog to the Silicon Valley Animal Control Authority, the responding messages have been humble and supportive. Posters, including several shelter workers, thanked BAD RAP for their positive attitude toward this owner and vowed that they, too would try harder to embrace compassion and not leap to judgment. [bp_related_article] Many discussed the after-affects of the collapsed housing market and economy on pet owners. The open-minded nature of the discussions even gave Facebook users who had been forced to give up their own pets the courage to tell their stories. One woman's heartfelt post has garnered more than 2,000 likes.

Thank you for not bashing the original owner like so many do!!! As someone who was forced to surrender a dog once in my life you have no idea what it means to me! I'd give anything for the family who adopted my Julie to do this so I could see how she is!!! I miss her with all my heart! I think about her almost everyday and cry over her all the time! I'm sure that boy's old owner was grateful to see this even if they never reach out and tell you!

Meanwhile, the dog that inspired BAD RAP's letter is happy, healthy and preparing to relocate to Monroe, Washington where the rescue group, Balanced Bullies Rescue and Rehabilitation will work with him on some minor behavioral issues. After his care at Balanced Bullies, this hippo-bodied beauty will be ready to find his new forever home!  He has fittingly been re-named Meatball by his friends at BAD RAP. Thank you to BAD RAP and all the organizations out there fighting the good fight for misunderstood dogs and humans alike! This unprecedented post has inspired thousands to reevaluate their way of thinking - including myself. 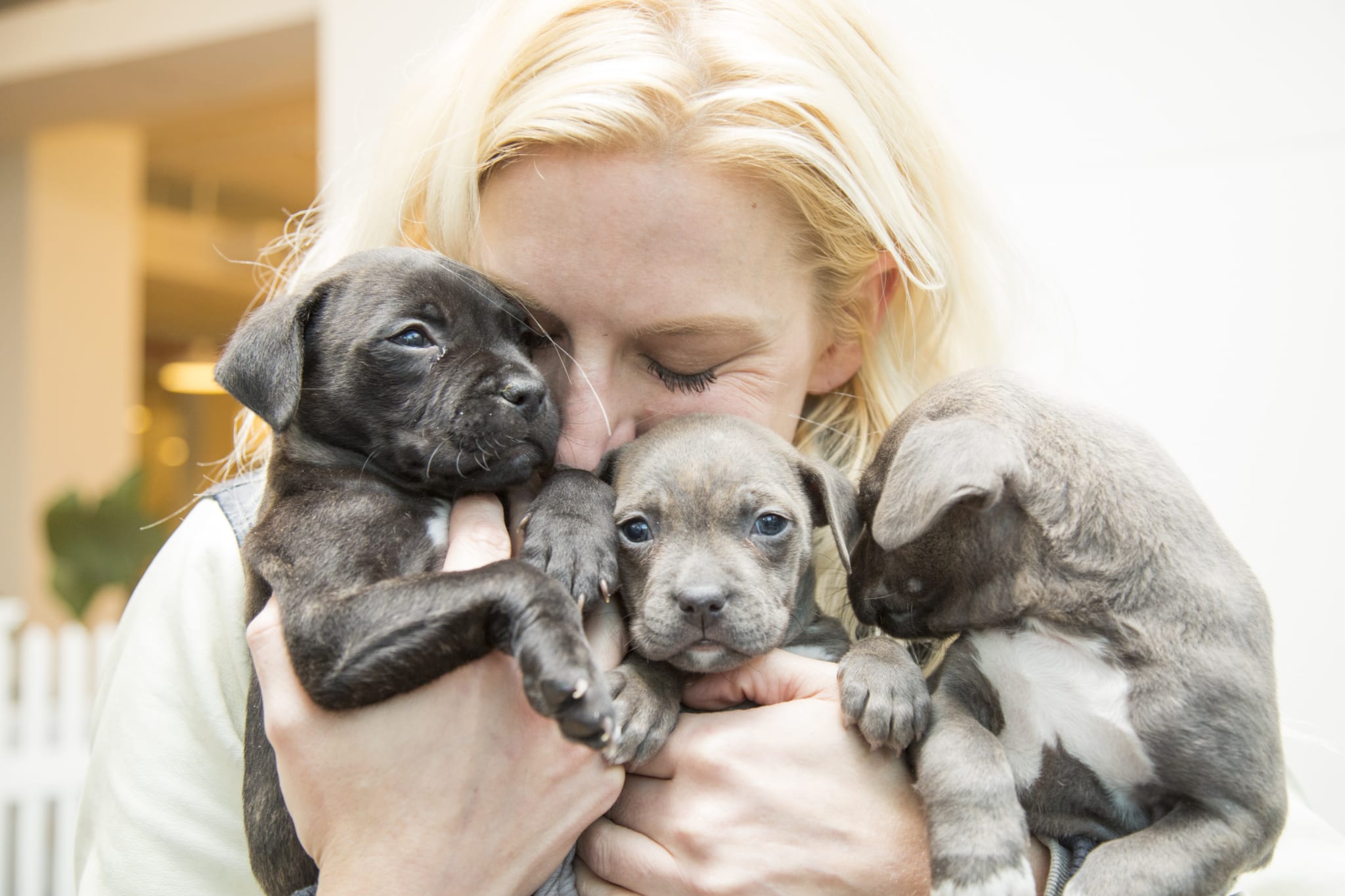