Home » Fun » Does Your Dog Know When You’re Naked?

Dogs are the most intuitive friends we have. This is why we turn away from them when getting dressed, and why we’re extra careful that our towels don’t accidentally fall off around them. But does it make any sense? 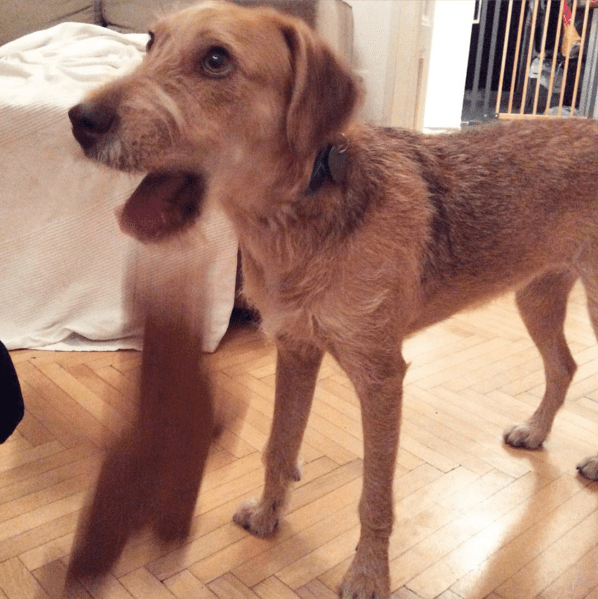 Unlike (most) of us, (most) dogs spend 100% of their time naked. So why do we freak out whenever our dogs happen to see us in the nude? Because we feel like they know. Thankfully, their concept of nakedness is way different than ours. Do dogs even care that we’re wearing clothes?

An interesting study was done by Dr. Arnold Chamove from the Psychology Department at Massey University in New Zealand, that sought to answer whether dogs were affected by the clothes we wear, specifically the patterns.

22 shelter dogs were observed as a stranger approached each of their kennels wearing a long sleeved shirt with different patterns including narrow black and white stripes, horizontal and vertical stripes, unequally spaced stripes and no stripes at all. The results showed that the dogs were more emotionally responsive towards the stranger with the narrow, even stripes, showing submission and some anxiety. When approached by the stranger wearing a plain black shirt, dogs showed the least emotion.

This suggests that dogs can tell the difference between the clothes we wear, but what about when we aren’t wearing any? Your dog don’t care that you’re naked. Stop it.

Dogs don’t have the same sense of privacy as we do. Would you poop on your front lawn while barking at your neighbor as he walks to his car? Probably not. But for your dog this is a daily routine, so do you really think you’re being judged for being a little naked? Sure, dogs are used to seeing fully-clothed people every single day, so encountering a naked human can be a little off-putting. The good news is that it’s confusing because you’re not wearing anything, not because your dog actually understand that you’re naked.

Still skeptical? Next time your dog catches you being all naked, ask them what they’re thinking. I guarantee that they won’t ask you any questions.